“We designed it to have much-improved energy performance and we have elements in the building like heat recovery on the laboratory exhaust systems to capture waste heat and reuse it in the building.” Elizabeth Wang

So far, the building has been well received by many science students.

“I think it’s ... super modern and it feels like I’m working in the future, kind of [like] science fiction but it’s happening right now,” said first-year science student Vedanshi Vala.

But the modernity did have Vala feeling a bit strange.

“It feels like I am the lab subject at times,” she explained.

“It feels kinda futuristic in a way … like you’re in a spaceship,” added first-year science student Ethan Wong.

The new complex includes multiple older buildings that have been renovated, with a courtyard in the middle, creating more room and easier access for students.

“I like how they have different wings and sections ... if you ever go to office hours you don’t have to crowd through hundreds of people who are trying to get in and out of lecture halls, so that’s really convenient,” observed second-year science student and UBC Biological Sciences Society Officer Ben Zhang. 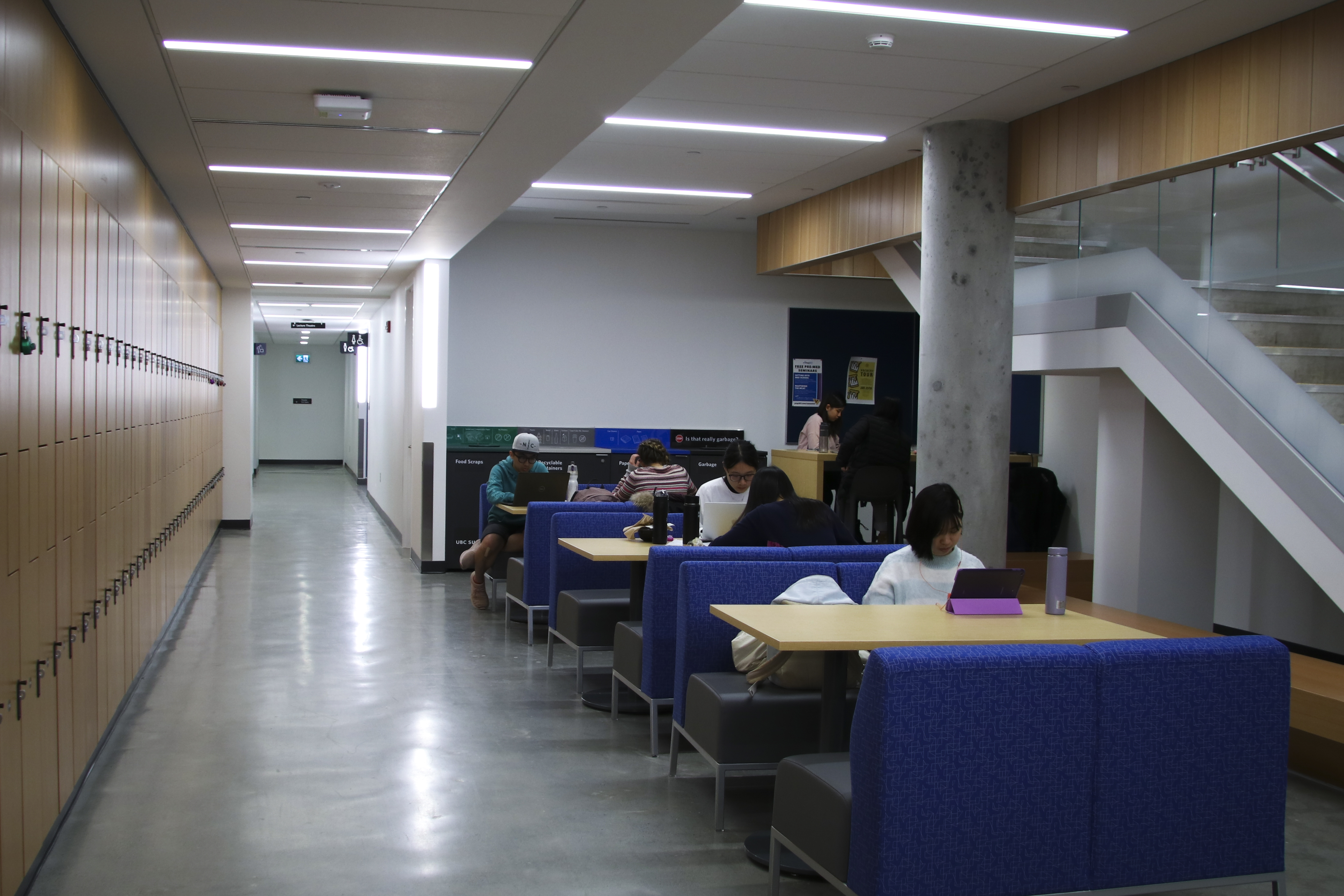 The Biological Sciences Building was first opened in 1950. Associate VP Facilities John Metras noted that the soil under the building was contaminated with both saltwater and asbestos, significantly slowing down construction and increasing costs. The severe winter of 2017 delayed work as well.

Because of these delays, many students had class while some of the construction was still going on in the first term, causing disruption and confusion.

Vala recalled getting lost on the first day of class trying to get into the building. Meanwhile, first-year arts student Sarah Stuttaord noted that noises from construction made it hard to take her biology midterm.

While the construction was a hardship for some students, the improvements in the long term will be easier on the environment, from the university’s perspectives. For instance, the new building has a LEED Gold certification.

“We designed it to have much-improved energy performance and we have elements in the building like heat recovery on the laboratory exhaust systems to capture waste heat and reuse it in the building,” said Metras.

UBC decided to start renovations on the building in fall 2016 to help improve the learning environment for students and professors, as many of the labs were deemed out of date and not up to modern standards.

Metras said the university worked with the Faculty of Science to design labs and classes that would allow students to perform research and complement current teaching methods.

"The state of the art facilities will inspire generations of UBC science & medical students for generations to come," tweeted UBC President Santa Ono, who was present at the opening ceremony.

Now that the construction of the Undergraduate Life Sciences Teaching Labs is complete, the university is working on buildings for other departments.

“We are working on a number of projects right now with various faculties. For example, the Gateway Building Project for nursing, kinesiology, UBC Health and Student Health Services will provide much-improved facilities for those groups as well. Some of whom are in quite old facilities right now,” said Metras.