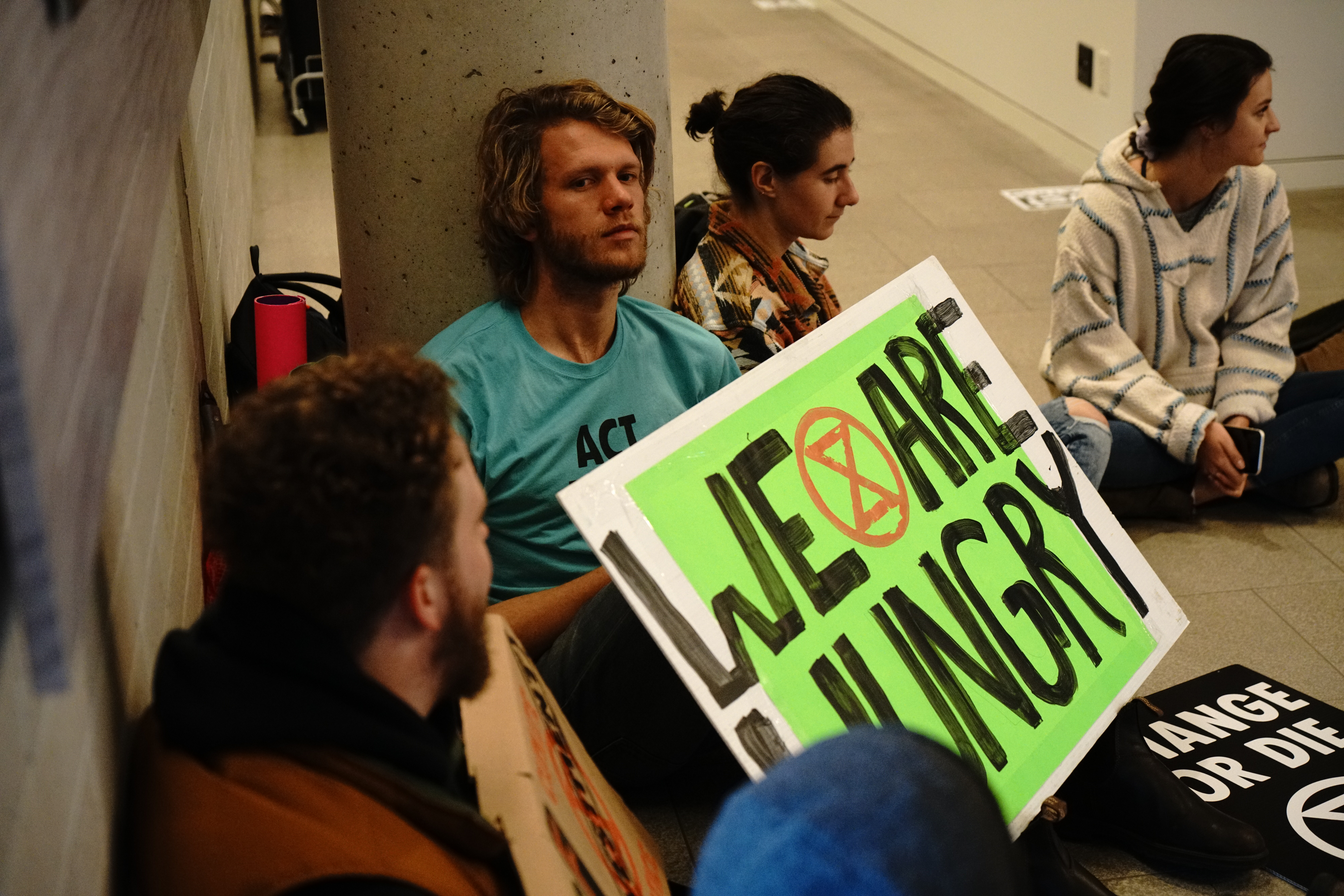 XR UBC's strike lasted for five days before UBC reaffirmed its commitment to divestment in a letter from the president. But some claim that the letter doesn’t actually reflect a change in position, and XR UBC is taking credit it doesn’t deserve.

Following a theatrical demonstration in the Nest, eight XR UBC members began fasting on January 6 in the Robert H. Lee Alumni Centre, where the UBC Board of Governors (BoG) meets. The students claimed they would not end their strike until the university made a well-publicized announcement denouncing fossil fuel companies and reiterating its commitment to full divestment.

The strike continued for five days before UBC took action on January 10 by releasing a letter from Ono that was published on the university’s website and social media.

“The Board is clear: UBC is committed to full divestment as soon as possible, and we are taking the necessary steps to realize this now,” reads the statement. “The university shares and understands the community’s concerns regarding the climate crisis and that the continued operation of the fossil fuel industry is discordant with a climate safe future.”

XR UBC believes the letter communicates a stronger commitment to divestment than what the university had made previously and they are celebrating the hunger strike as a major success.

“As of last month, UBC was only ‘exploring’ divestment for its main endowment pool. This change shows that direct action works,” said Morgan Cox, a second-year psychology and earth and ocean sciences student and participant in the strike, in an XR UBC Facebook post. “UBC has dragged its feet on this for over six years while pumping up its image as a leader. Finally, we’re seeing a modest first step in the right direction.” 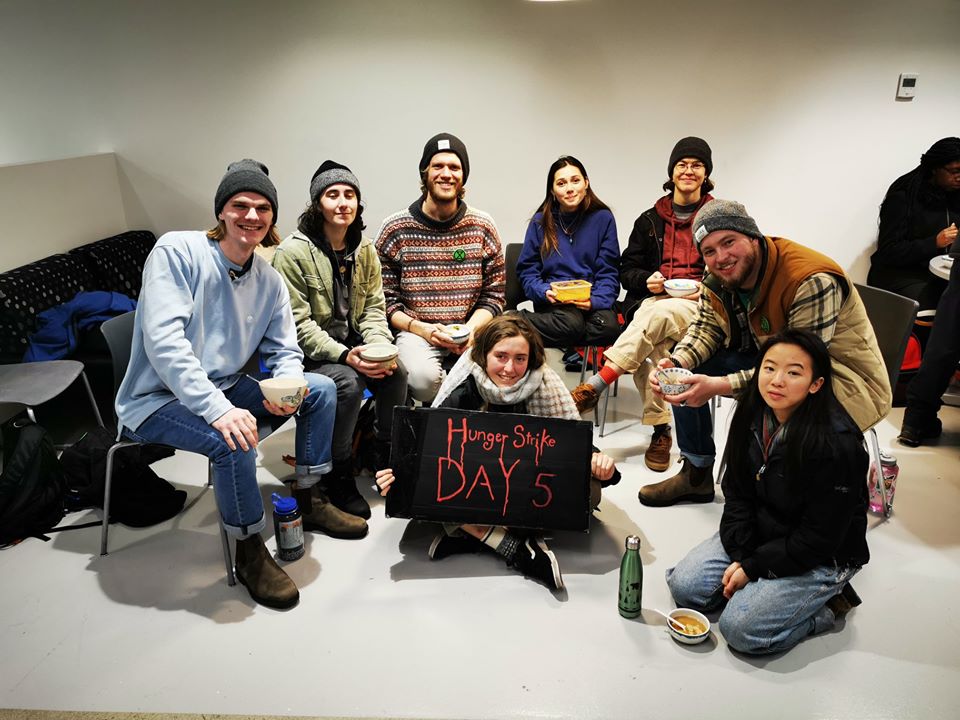 The eight XR members who were on strike have their first meal in five days. Courtesy Extinction Rebellion UBC

But others claim that the president’s letter doesn’t actually reflect a change in position and XR UBC is taking credit it doesn’t deserve.

“Wow. @UBCXR claiming credit for the UBC #divestment wins [UBCC350] already won in Dec. When @UBC committed support for full divestment & declared a #ClimateEmergency in Dec, @UBCXR said no new commitments had been made. Now they claim major win even though literally nothing has changed,” wrote UBCC350 member and AMS science councillor Michelle Marcus in a Twitter thread.

As organizers we have limited capacity (individually + as a movement). That's why it MATTERS what battles we choose. It's why after we won #divestment in Dec, @UBCC350 decided to pivot our energy towards the fights that really need it. @UBCXR could have joined us in doing so.

“Make no mistake - there is nothing within this statement that hasn't already been affirmed at the Dec 5 BoG meeting,” wrote Burnham. “This is a victory that has already been won, thanks to the decade of organizing from @UBCC350. To conclude anything differently is both false and disingenuous.”

When contacted by The Ubyssey, XR UBC responded that they did not intend to undermine the accomplishments of UBCC350 with the hunger strike.

“We agree with UBCC350 that a major victory for divestment was won on Dec 5th, and we honour UBCC350 and the climate strike coalition for their hard work over many years,” said XR UBC in a written statement.

But they also noted two improvements in the President's letter on January 10 that they feel validated the strike.

Upon declaring a Climate Emergency on December 5, the Board of Governors directed administration to merely “explore” divestment, rather than fully commit. Ono's recent letter used stronger language.

The letter also states that UBC will “actively encourag[e] all universities to move towards divestment and sustainable investment frameworks,” moving into a leadership role.

“These two changes from UBC’s dec 5th motions and announcements represent important progress. UBC and other large institutions are notoriously unaccountable, and have severe democratic deficits, as we have seen over years of scandals and bad governance at UBC,” wrote XR UBC. “UBC’s Jan 10th announcement consolidates and strengthens UBC’s formerly noncommittal language in a way that makes it easier to hold the institution accountable.”

Ultimately, XR UBC believes both groups have reason to celebrate.

“Those who were satisfied by the December 5th board decision got what they wanted, and those who wanted to push UBC further did as well. If ‘taking credit’ was not a factor, then this would be a win-win situation.”