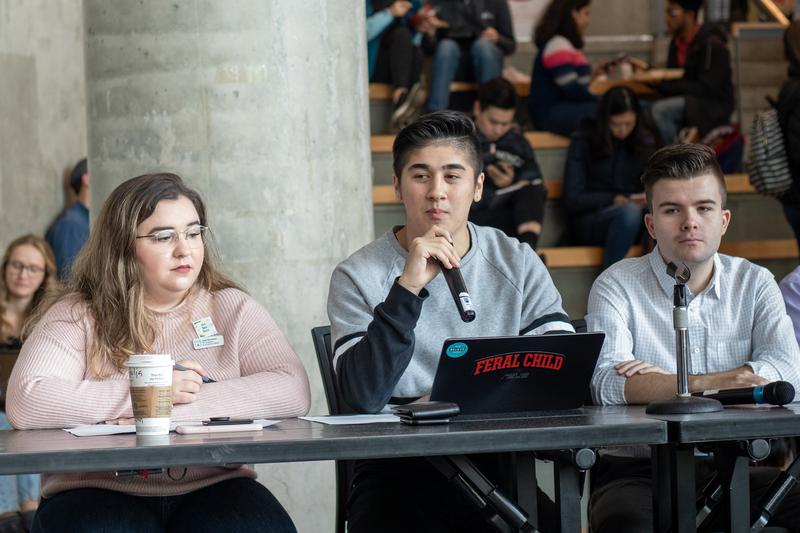 Despite being held in the Nest’s high-traffic Lower Atrium at noon, fewer than two dozen seats were occupied once the event began. Zubair Hirji

At the AGM on October 23, the 40-minute runtime was spent updating the student body about its budget, financial audit and the work of its executive portfolios.

As required by its bylaws, the first 30 minutes of the event were spent waiting to see if it would reach quorum — 570 students, or 1 per cent of its members — so that special motions, votes and discussion could take place. But despite being held in the Nest’s high-traffic Lower Atrium at noon, fewer than two dozen seats were occupied once the event began.

Opening with reports from AMS President Chris Hakim and Managing Director Keith Hester, the event passed with little hindrance and little participation from the few members in attendance.

VP Finance Lucia Liang presented the findings of the 2019 Auditor’s Report on the Financial Statements, written by the Vancouver-based D&H Group. According to the report, the society’s net assets are valued at $124 million with an evaluated liability of $95 million, $65 million of which is debt from the cost of building the Nest. The society promptly voted to approve the financial report and renew its contract with D&H for the upcoming fiscal year. 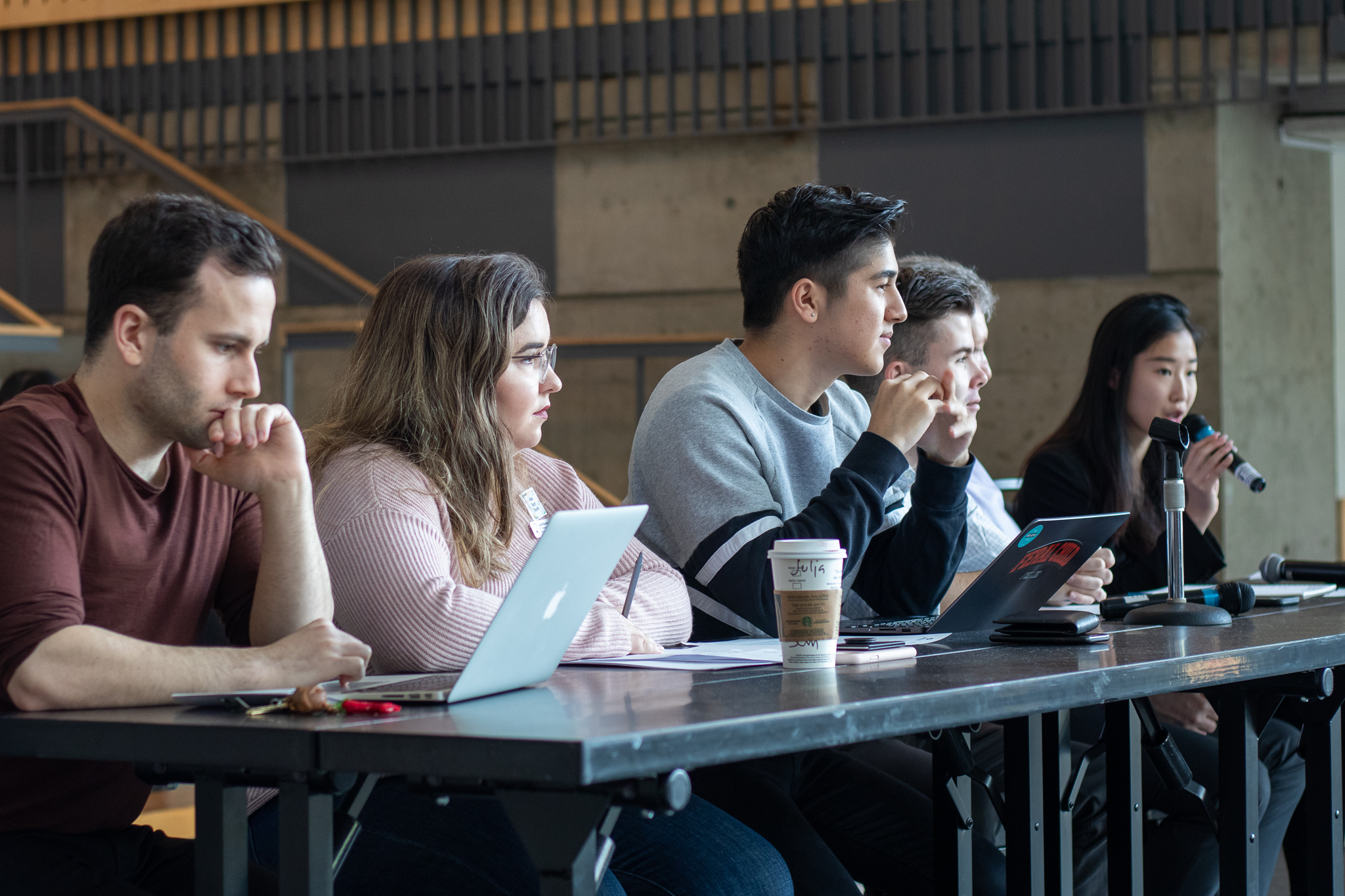 The AGM passed with little hindrance and little participation from the few members in attendance. Zubair Hirji

In light of its poor attendance, science councillor Riley Ty opened a discussion about the executives’ approach to AGM planning at an AMS Council meeting later that night, saying the AMS didn’t put in a proper effort to advertise the event. The AMS is required by its bylaws to post a public notice about the AGM online and in The Ubyssey at least 14 days in advance.

Hakim took responsibility, stating that advertising the AGM in The Ubyssey’s October 8 print edition and the AMS website shouldn’t have been the only avenue for getting the word out in advance. He also pointed out that quorum has not been reached in the past 40 years.

But Engineering Undergraduate Society President Tyra Phillips noted that, considering very few councillors were present, AGM apathy isn’t only executives’ fault. Arts Councillor Kevin Zhang recommended the event’s timing be changed to be outside of the typical times that classes are scheduled.

Other councillors suggested moving the AGM to a different week of the year and establishing an AMS staff member tasked with planning and advertising the event, and the discussion was adjourned.