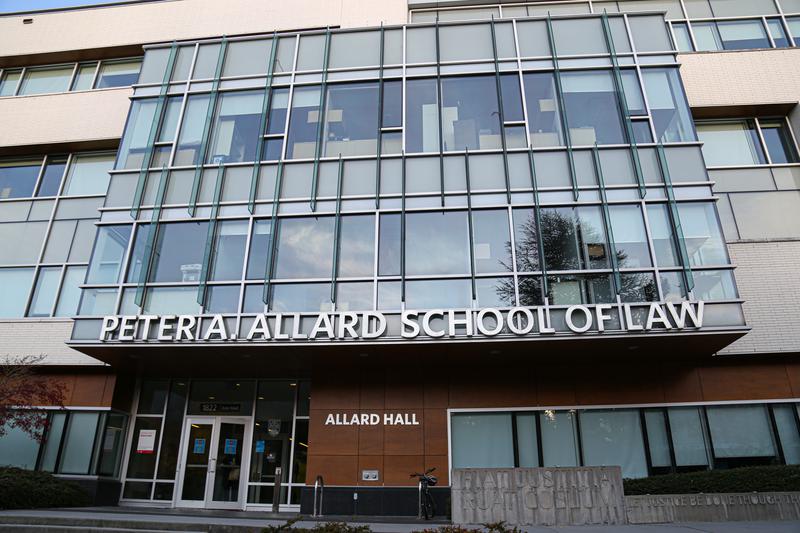 Soon after hiring UBC alumna and Professor Janine Benedet to step in as interim dean, the Allard School of Law has faced a series of student complaints regarding Benedet’s professional history, with some calling her anti-trans and anti-sex worker.

The concerns are rooted in allegations that Benedet has engaged in legal work and expressed views that harm transgender individuals and sex workers. Allard clubs UBC OutLaws and Law Students for Decriminalization and Harm Reduction co-authored an open letter outlining their claims.

“Professor Benedet has devoted many years to valuable research and advocacy which has benefited survivors of sexual assault. Similarly, these same years have included significant contributions to anti-trans and anti-sex work advocacy,” the letter reads.

The letter goes on to detail the extensive history of sex work criminalization and to express solidarity with transgender individuals and sex workers. It concluded with a call to action for faculty and students to declare their support for trans women and sex workers by adding their signature to the letter.

The letter said that Benedet has worked for organizations like Vancouver Rape Relief and that she holds views of “sex and gender [being] co-extensive.”

While Benedet declined to comment for this story, she released a statement defending her record on October 29.

“Lawyers should never attack other lawyers for providing legal representation. Doing so risks deterring lawyers from providing services to individuals or groups.”

“Statements that have been circulated about me appear to be based on misperceptions and mischaracterizations of my research and my advocacy work as a lawyer,” Benedet said.

“I would like to make it clear that I fully welcome and support students, staff and faculty colleagues who identify as LGBTQ2S+ and treat them with the respect I accord to all members of our community, including addressing them as they choose to be addressed.”

She defended her stance on the criminalization of prostitution and said she accepted students of all identities. She mentioned that she has no bearing on the internal mandates of the groups she represents.

“Lawyers should never attack other lawyers for providing legal representation. Doing so risks deterring lawyers from providing services to individuals or groups.”

Vancouver Rape Relief has stirred up controversy for excluding transgender women from many of its core services, such as peer counselling, support groups and its crisis shelter. This policy caused the City of Vancouver to cut its funding in 2019.

Benedet represented Vancouver Rape Relief in a 2013 Supreme Court hearing as part of the Women’s Coalition for the Abolition of Prostitution on the case of R v. Bedford — a legal battle to amend Canada’s policy on prostitution.

In the hearing, Benedet defended the stance that purchasing prostitution should be criminalized, but not selling it. She pointed to “many democratic countries around the world” which have followed this approach in her statement.

Such a policy is widely known as the Nordic model, which some scholars and advocacy groups have criticized for forcing sex workers to seek out clients through avenues with increased risk. Groups like the Canadian Alliance Sex Work Law Reform advocate for the complete decriminalization of sex work rather than a partial one for this reason.

Kareem Ibrahim, a member of both of the clubs that published the open letter, acknowledged that Benedet’s position on prostitution law is her prerogative as a scholar. However, they found Benedet’s record on trans issues to be especially problematic.

Ibrahim said that transgender students may not feel safe with Benedet in a position of power at the law school — an institution in which trans students already feel marginalized.

A majority of scientific and policy discourse agrees that there is a distinction between the two. The Canadian Institutes of Health Research define sex as referring to biological attributes, and gender as pertaining to socially constructed roles and behaviours.

“She really has strengths that are important to the faculty. We see those strengths. We are just hoping for some repair for the harms done to transgender students.”

Ibrahim suggested that excerpts from Benedet’s 2016 inaugural lecture at the Allard School of Law, “The Revindication of Women,” validate these concerns.

“When women as a class cease to exist, wife assault becomes intimate partner violence, prostitutes become sex workers and sex is replaced by gender; and there are no more women, only cis and transgendered,” she said in the lecture.

“It’s not okay to have a leader of the law school be so outspoken in terms of questioning the validity of trans identities,” Ibrahim said. “It sends a very threatening message to trans students.”

Ibrahim added that the intention of the open letter was not to “cancel” professor Benedet or administer mob justice, but rather to pursue compassionate accountability and make clear to trans folks and sex workers at Allard and in the community that there are safe spaces for them at the school.

“She really has strengths that are important to the faculty. We see those strengths. We are just hoping for some repair for the harms done to transgender students,” Ibrahim said.

Several others professors from UBC and other schools have spoken out in support of Benedet after she released her statement. UBC Provost and Vice-President Academic Andrew Szeri released a statement expressing his “full confidence” in Benedet to fulfill her role as dean pro tem.

UBC’s 1976 academic freedom statement outlines that university scholars have the right “to pursue what seems to them as fruitful avenues of inquiry, to teach and to learn unhindered by external or non-academic constraints, and to engage in full and unrestricted consideration of any opinion.” However, the statement has been criticized in recent years due to the university’s broad interpretation.

Ibrahim said that Benedet’s response did not go far enough to reassure students of her acceptance of transgender identities.

“I don’t think her statement sufficiently addresses her past and repairs the harm that students have indirectly and directly faced,” they said.

This article has been updated to remove a paragraph containing a claim that Benedet has made anti-trans comments to other Allard students that was unable to be verified. The Ubyssey regrets this error.

This article was further updated to add a direct quote from Benedet’s statement where she affirmed her support for 2SLGBTQIA+ students.