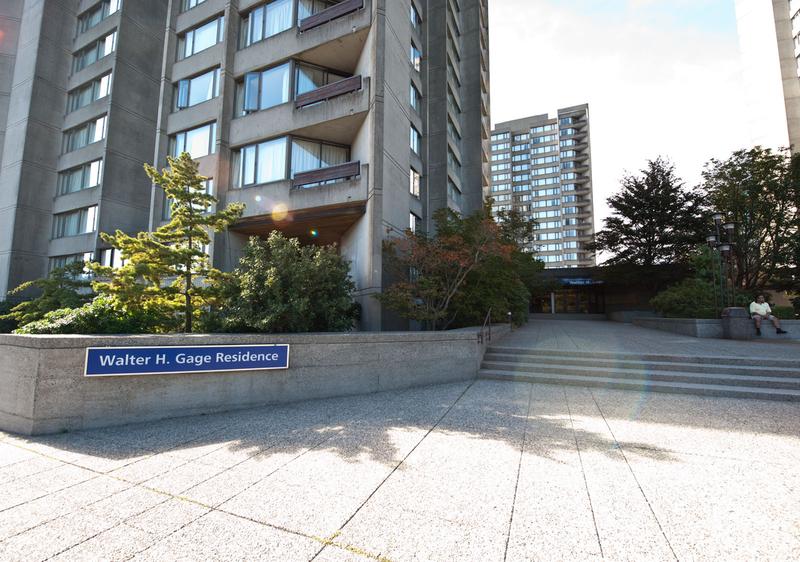 The repeated lack of a guarantee for alternate housing is what concerns residents. File Geoff Lister

After public criticism, Student Housing and Community Services (SHCS) has amended the clause in its residence contract that states students could be removed from residence without alternate accommodation if it is deemed necessary due to a COVID-19 outbreak.

An email on August 31 outlined the change, which simply removes the latter portion of the statement: “without offering you alternate accommodation.” The change came into effect the same day residents were sent the email.

The clause now reads: “Student Housing and Community Services may be required to close certain residences, certain classes of accommodation, or reduce the number of residents in specific residences. In such case it may terminate this Contract and require you to vacate your accommodation.” 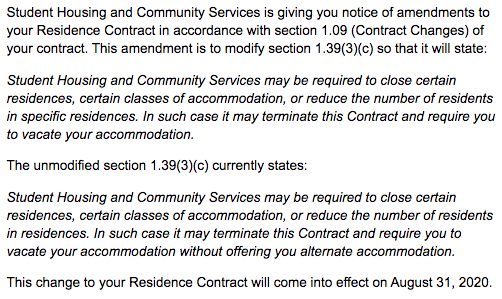 Screenshot of the email

Concerns remain about the clause. On Reddit, students expressed wariness that the amendment did little to address existing issues students had with the clause.

In a statement to The Ubyssey, managing director of SHCS Andrew Parr explained that the clause was modified because SHCS recognized that it raised concerns among student residents.

“It may have been misleading,” he said.

The repeated lack of a guarantee for alternate housing is what concerns residents like first-year student and incoming Orchard Commons resident Amelia Creemer.

AMS VP Academic and University Affairs Georgia Yee, who was vocal about her disappointment with the original clause, thinks that the updated clause is a step forward in protecting students, but that it “doesn't go far enough.”

“The contract change was due to a lot of the student advocacy in being able to fight for student rights and to have that contract amendment.”

Yee stated that the AMS will work with SHCS to ensure that student residents are heard.

“This does need to go further in protecting the rights of student renters, whether that needs to be in the residence contract or through student housing communications.”

Since UBC student housing does not fall under the BC Residential Tenancy Act, student residents are not protected by the same laws as other tenants, giving SHCS the authority to enforce clauses like this one.

“Especially moving internationally, I would feel more confident if I had [alternate housing] guaranteed … it’s a very interesting thing because the omission of that entire statement makes it both comforting and unsettling,” Creemer said.