AMS to begin consultation for its own Indigenous-focused policy 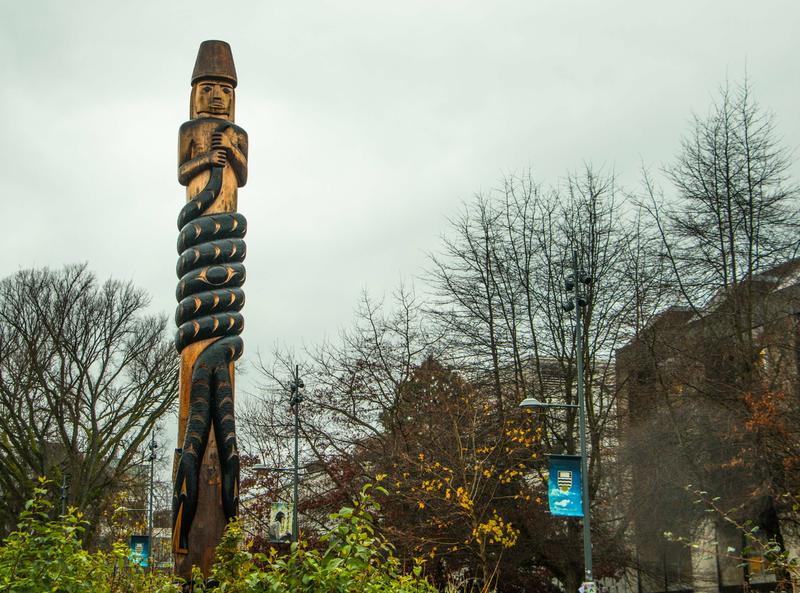 “We have identified the goals and actions within the ISP that most closely align with AMS’ mandate." File Yiyang Wang

The AMS is in the beginning stages of creating its own Indigenous-focused policy.

Over the last year, throughout the development of the AMS’s Sustainable Action Plan — a targeted plan outlining campus-wide sustainability priorities at the society — the AMS struggled to properly consult Indigenous groups on campus for the Indigenous coordination section of the plan.

Current VP Admin Lauren Benson attributed those issues in consultation to “timezone differences, coordinating in the online sphere, among other circumstantial setbacks.”

The result of those consultation issues, according to former VP Admin Sylvester Mensah Jr, was the idea to create an AMS Indigenous-focused policy.

Mensah said the AMS’s sustainability team has maintained rapport with the Indigenous Committee despite earlier consultation issues and took the committee’s recommendation to collaborate with the planning leads of UBC’s Indigenous Strategic Plan (ISP).

“Because of the Indigenous Committee’s support of the ISP and ISP managers’ willingness to support us on this endeavor, it is possible that a new Indigenous-focused policy at the AMS could be modeled after the ISP,” said Mensah to The Ubyssey in April.

According to Mensah, the AMS’s sustainability team and the Indigenous Committee had several meetings in the winter term, but collaborated less frequently than hoped due to “capacity limitations.”

“As yet, we have not been able to ensure adequate consultation with Indigenous members of our student body to begin to chart what a new Indigenous-focused policy would look like,” said Mensah. “Therefore, it is too early to predict the specific directions such a policy may take, but we certainly support the creation of one.”

“We have identified the goals and actions within the ISP that most closely align with AMS’ mandate and AMS Sustainability’s goals and plan to expand from there,” he added.

The Indigenous Committee could not be reached at the time of publishing. At AMS Council on June 23, councillors were informed the committee is currently vacant, and that the AMS and former members of the committee are exploring how to make an Indigenous body that works better for its members.

Going forward, Benson said her and her team plan to reach “...not only the Indigenous Committee, but many Indigenous students across our campus” for consultation on this policy.

“We hope to begin conducting meaningful consultation throughout first semester and bring the first draft of the AMS [Indigenous Coordination Section to Council] in March,” said Benson.