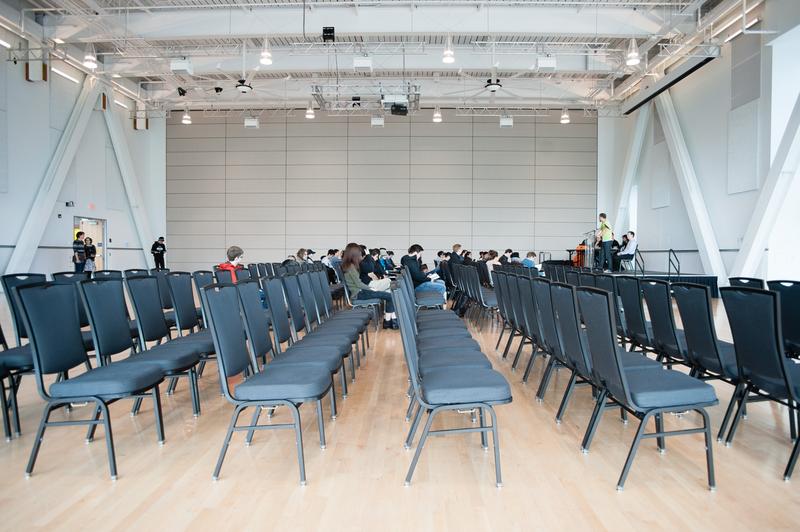 This Thursday, the AMS is trying to pass four groups of bylaw changes at its annual general meeting. Many of these changes have failed in past referendums due to low voter turnout.

Unlike in previous years where all the changes were presented in an omnibus referendum question, these changes will be split into four parts for students to vote on at the AMS’s annual general meeting (AGM). If the meeting reaches quorum, AGM attendees will vote on the bylaw proposals covering the removal of the defunct Student Court, changing the AMS’s records policy and updating other bylaw items.

One of the most significant changes students will be voting on is the removal of Student Court. The court was an autonomous body meant to settle AMS conflicts and election disputes. However, it hasn’t been regularly convened since 2009, and the AMS last appointed judges in 2015 but the court never sat.

Student Court decisions are not binding, so Council could simply reject the report by a simple majority vote if it doesn't agree.

The AMS is also asking students to approve a change to its records policy. The change would allow AMS Council to designate records confidential where their disclosure “would be harmful to the financial or economic interests of the Society, the security of the Society’s buildings or its computer or communications systems” or “disrupt an ongoing investigation, violate solicitor-client privilege, or reveal in camera discussions.”

When asked how the proposed changes would affect transparency, Evans said new wording this year would keep the AMS from misusing the policy.

This was a significant concern when the society tried to pass the change in previous years, with student concern that the AMS could use it to hide unsavoury files and limit the society’s transparency to students.

“With these changes, we’ve actually gone in and we’ve made it very clear that there are only certain reasons why AMS Council, which is a body that is made up of elected representatives by students, would be able to mark records as confidential,” he said. “And with the new proposed wording, it’s very clear that the AMS Council would not be able to hide documentation just because it would reflect poorly on the society.”

The other changes, some of which have been proposed in past referendums, mostly involve modernizing the bylaws: changing some wording, increasing the required notice period for the AGM and clarifying how referendum questions should be posed.

Unlike referendum questions in past years, contentious items such as the records policy update and Student Court abolition have been separated from these changes.

“We want to give students the greatest degree of flexibility to be able to vote and be heard on each of these packages separately,” Evans said.

Passing these changes at an AGM requires the participation of far fewer students than required to pass a referendum. A referendum requires at least eight per cent of AMS members voting “yes,” with the majority voting in favour.

However, changes can be passed at the AGM with a quorum of only 500 students — or one per cent of the AMS’s membership, whichever is greater — with the majority of those voting in favour.

Student Senator Alex Gonzalez and engineering representative Emma Dodyk said at a Council meeting that avoiding a referendum was “unethical.”

Despite criticism from a few AMS councillors on sidestepping the referendum process, Evans pointed to other student unions that have passed bylaw changes at their AGMs.

“In our opinion, it’s an even better opportunity than what a referendum presents for students who are interested to be able to engage directly with the AMS on these changes.”