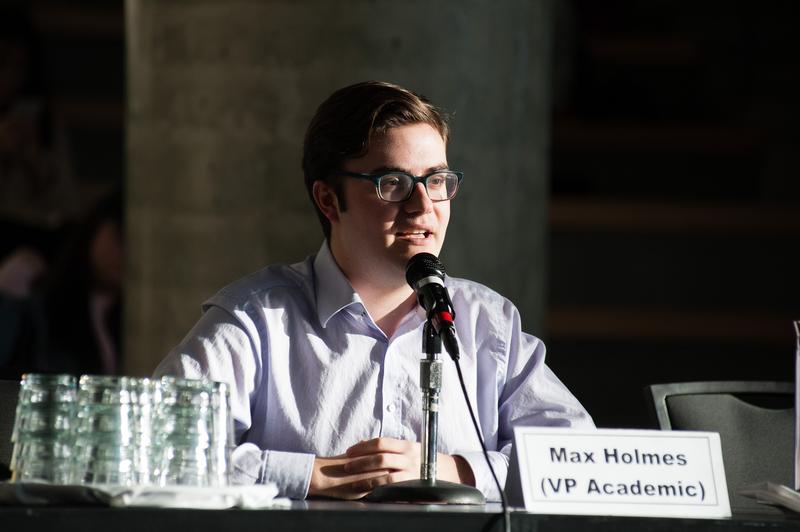 "If UBC doesn’t listen, we’re going to go to that next body." Patrick Gillin

Thursday’s Great Debate gave uncontested VP Academic candidate Max Holmes a second opportunity to discuss his platform with the audience. Holmes, the incumbent running for re-election, reiterated his desires to improve consultations and hold UBC accountable, while tackling a significant amount of questions regarding financial operations.

The debate kicked off by asking what Holmes’ biggest bone to pick with the university was, and how he would pick it. Immediately, Holmes stressed consultation as his biggest problem with UBC, which he spoke of in great detail in the first debate. He cited the Housing Action Plan student consultation as an example of when UBC “didn’t listen to a lot of the things we had to say and didn’t include them in the plan.”

Holmes was also asked if he would be advocating for lower tuition in the coming year, which he has recently been scrutinized for. He explained that the university is in a budgetary position where they no longer need the annual tuition increases, but that lowering tuition becomes a more complicated issue.

“If we’re lowering tuition, we need more funding from the province,” said Holmes. “I want to advocate with the VP External, but we need action from the province first before we can advocate to the university.”

Holmes was then questioned further about whether or not he agreed with UBC Professor Charles Menzies’ suggestion of using alternate funding in order to lower tuition, such as land development earnings.

“I appreciate it, but it doesn’t reflect how financing works at UBC,” said Holmes. “It would be pretty irresponsible to take money from the endowment that goes to the operational budget. Becoming reliant on that is fiscally irresponsible.”

When asked which member of the administration he hoped to develop a better working relationship with, Holmes said that it’s “someone who currently isn’t in the administration,” the VP Finance and Operation. Andrew Simpson left the position earlier in January, leaving Peter Smailes in the interim position while the search commences. 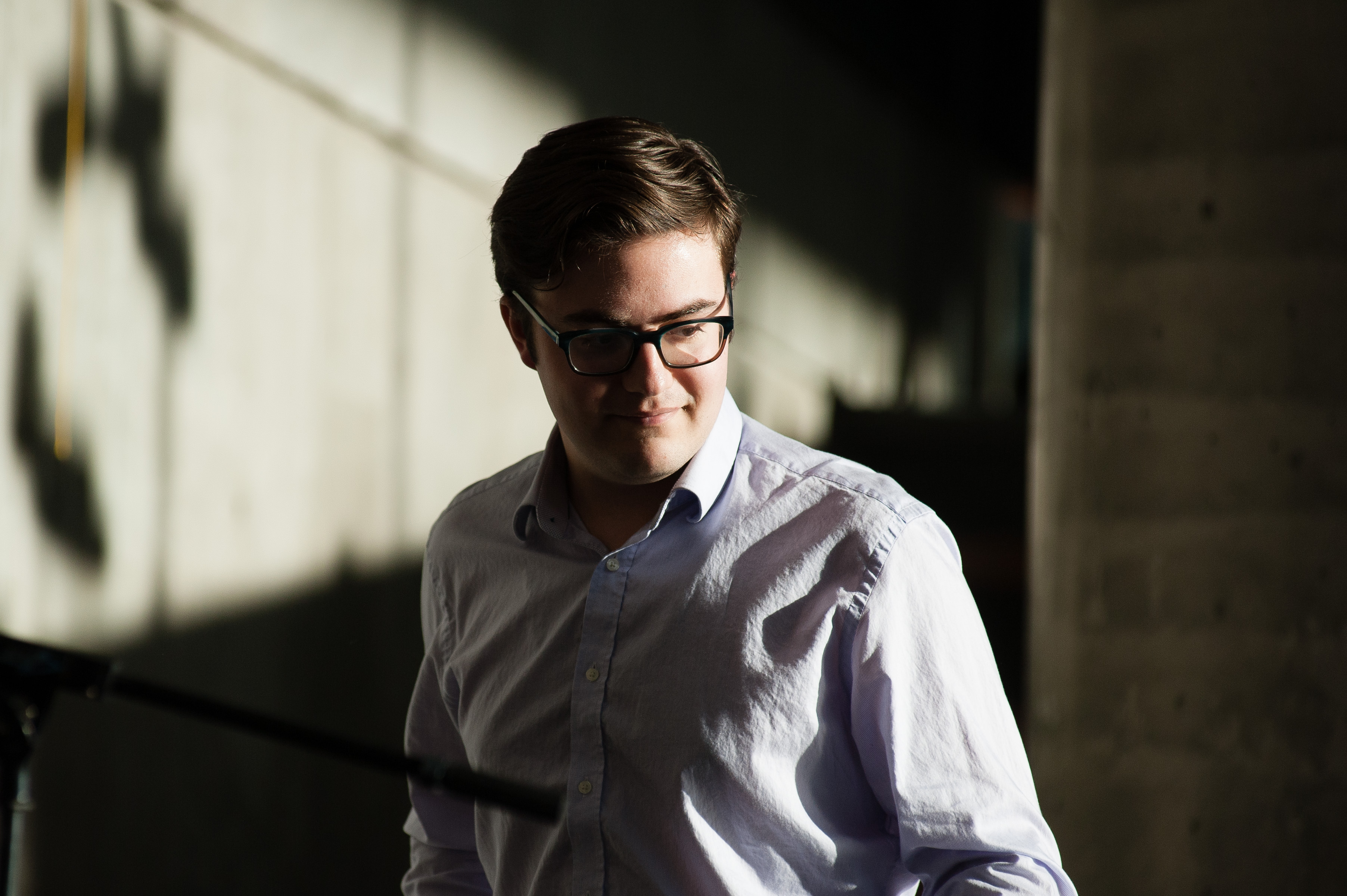 “I know I don’t have a candidate that I’m running against, but I hope I justified to you that I’m someone who is able to get things done.” Patrick Gillin

An audience member asked Holmes what the role of the AMS is in advocating for issues that aren’t directly related to students, like climate change. He responded by expressing the need to spread sustainability and climate justice issues to all departments, rather than just siloing the issues to one place.

The audience also questioned Holmes about his pledge to eliminate high-cost resources for first- and second-year courses, and what the obstacles and solutions were. Overall, he stressed open educational resources as the answer, and faculty cooperation as a hurdle.

“They have to want to do this. We’re going to need their help in creating and adopting the resources,” said Holmes.

“I know I don’t have a candidate that I’m running against, but I hope I justified to you that I’m someone who is able to get things done.”