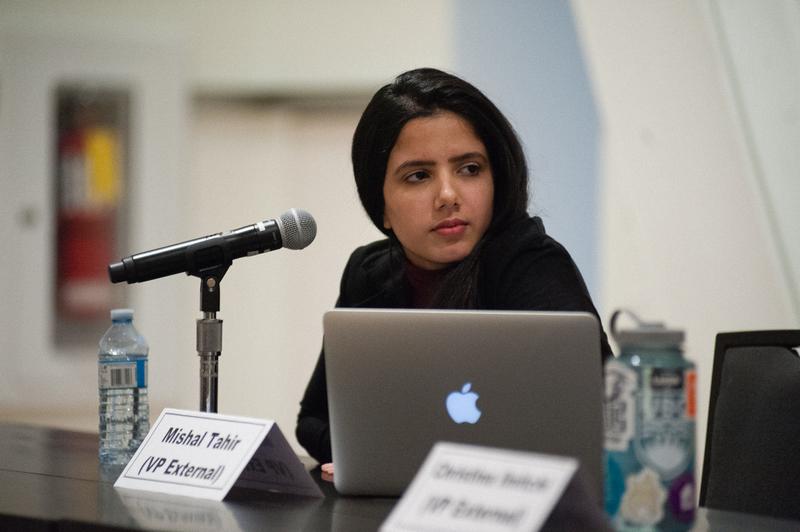 Tuesday, two of the candidates for VP External — Cristina Ilnitchi and Mishal Tahir — faced off in the second debate of this year’s 2018 AMS elections, discussing issues ranging from the upcoming Vancouver municipal elections, to rent caps for on-campus housing, to advocacy for international students.

The third candidate, S.G. Krishna, was unable to attend due to a midterm scheduled at the same time as the debate.

The debate began with both candidates stressing the need for increased student engagement in AMS advocacy. Tahir emphasized her experience working as the VP external for the Arts Undergraduate Society (AUS) and president of the Pakistani Students Association (PSA) as what makes her familiar with different levels of governance at UBC, while Ilnitchi talked about how her current role as AMS campaigns and outreach commissioner could help her “make student engagement more than just a buzzword.”

“Being part of the AMS has shown me what works best, but also the gaps,” said Ilnitchi. “So I’m going to be able to hit the ground running in a VP External portfolio that often moves slowly.”

When asked about their “large-scale” campaign experience, Tahir said her largest campaign experience was running for AUS VP external last spring, which “taught [her] about how to approach people,” and that she has run smaller-scale campaigns as PSA president. 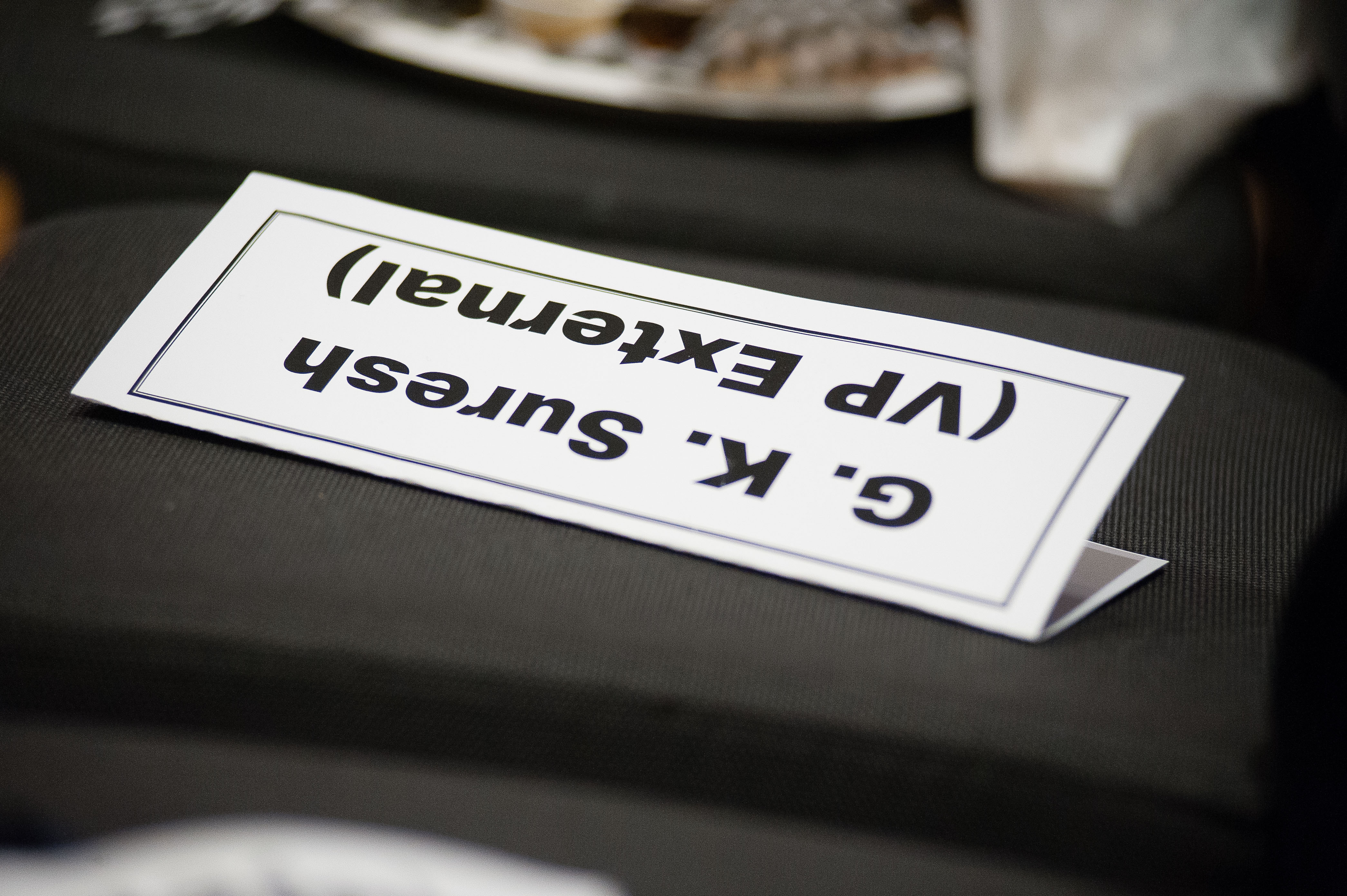 Ilnitchi used the example of the #TextbookBrokeBC campaign for open educational resources (OERs) that she organized in her role with the AMS last year, which saw over 1,000 students participate and showed her the importance of “using student data and student experiences and their first-hand accounts to really support our asks.”

Candidates also differed in advocacy strategies, with varying levels of concrete proposals. Ilnitchi reiterated the importance of data-driven advocacy to concretely incorporate student issues into policy, and noted that she would like to increase face-to-face engagement between students and the AMS.

Tahir, on the other hand, saw improving advocacy as “not what could be done differently, but extending the work that’s already been done.”

“We need to focus on increasing student engagement and make sure students are more informed,” said Tahir, but did not specify how she would do this.

The candidates also diverged when asked about the Vancouver municipal election. Tahir advocated changes to the Get Out The Vote campaign run by the AMS last year, which could include “small-scale things” like student-candidate meet-ups with food and prizes “to make sure students can make a more informed decision.”

Ilnitchi said she would focus on educating students on how municipal elections can impact their lives, as well as using data to support advocacy for student interests directly to candidates to “make sure candidates have student issues in their platforms.”

None of the questions were issue-specific, and discussion of transit, student loans and tuition was notably absent from the debate. However, each candidate highlighted the unique points of their platforms: for Tahir, it was increasing scholarship opportunities, particularly for international students, through outreach to community organizations and donors, while Ilnitchi reiterated that OERs would be a huge priority for decreasing the $8 million UBC students spend each year on course materials.

After the moderator questions ended, the candidates were given the opportunity to ask each other questions. Ilnitchi asked Tahir about her plans to further collaborate with the Canadian and BC Federations of Students to find a “bigger platform” for student voices mentioned earlier in the debate. An audience member also later raised concerns about the benefits UBC students would gain compared to the cost of membership.

Tahir clarified that “partnership does not necessarily mean membership,” and that any movement to the membership phase would require students to approve the decision.

Ilnitchi also outlined her plans to advocate that work done on campus by international students should count towards permanent resident applications if they want to stay in Canada.

“I’m sure international students will support this issue and that we will get support from them,” said Ilnitchi. 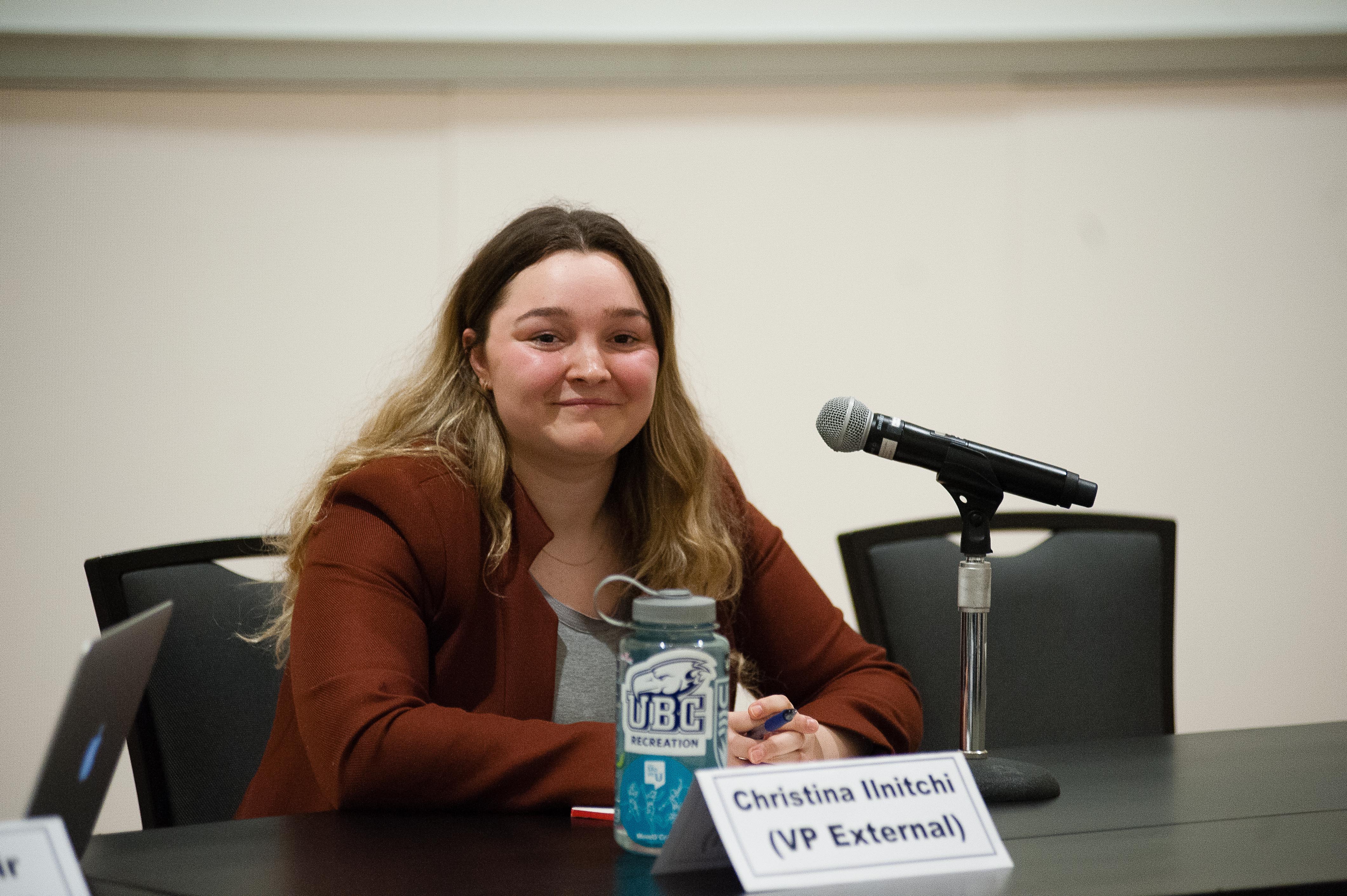 During the audience question portion of the debate, current VP Academic Max Holmes noted that many of the advocacy issues Tahir had brought up — including HAP’s price cap and scholarships — fall under his portfolio. In response, Tahir noted that her scholarship campaign would focus more on “reaching off campus to find scholarship opportunities” and not necessarily lobbying the university for more funding.

In closing, Ilnitchi reiterated that she would “love the opportunity to continue [her] work on the student issues she has worked hard on over the past year as campaigns and outreach coordinator.”

Tahir closed by acknowledging her lack of experience advocating to government but stressed that she still had experience approaching people.

“What makes me different is that I want to keep trying and I will continue to come up with different strategies to advocate for student interests,” she said.