AMS seeks to remedy long-standing issue of diversity in elections 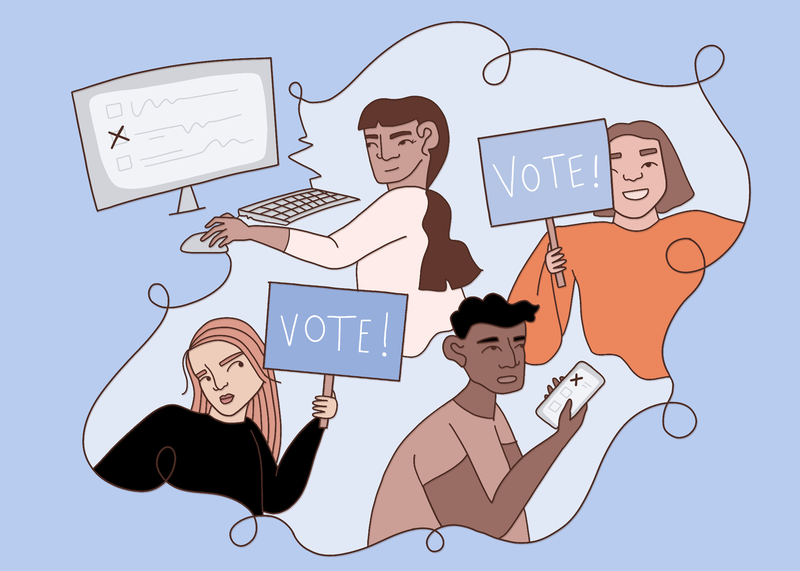 Increasing diversity in AMS Elections has been discussed for years, but the AMS is finally taking action on the issue. File Maya Rodrigo-Abdi

All of the presidential candidates in the 2020 AMS Elections were male. It was the same story in 2019, when there were six candidates for president — all of them male.

Increasing diversity in AMS Elections — from gender diversity to racial diversity — has been discussed for years, but the AMS is finally taking action on the issue. On August 26, the Student Life Committee, the Human Resources Committee and the President’s Office submitted four recommendations to AMS Council on how to decrease barriers to participation in AMS Elections.

The recommendations intend to create more ways for students to access information about elections and executive roles, and for the society to reduce the elections timeline, to increase executive salaries and to reach out to equity-seeking communities.

The AMS has yet to develop or implement specific policies that are directly aimed at improving diversity in AMS Elections, but these recommendations are currently being discussed by the Elections Committee.

According to AMS President Cole Evans, the society will help potential candidates learn more about AMS Elections this year by offering informational sessions in which students can listen to and ask questions to others who have already been through the elections process.

“We really want to … easily facilitate those conversations in an open and transparent way for individuals who are interested in running for a leadership position at UBC,” said Evans.

After comparing its current elections timeline to those of other student unions in Canada, the AMS is now looking at reducing the number of voting days to lessen the burden of the time commitment on potential candidates.

The AMS has five voting days in its elections timeline, while other student unions have two or three days. This recommendation stands out to Human Resources Committee Chair Lawrence Liu, who was involved in the development of the recommendations.

“Many of these students are taking four or five classes while running an election … it’s such a huge role. It takes up so much time,” said Liu. “Just really reducing that timeline is, I think, the most important in gauging interest.”

The committees are also recommending an increase in AMS executive salaries as a potential way to encourage greater participation in AMS Elections.

“When you have students who could be potentially from a socioeconomic background where they’re not making a lot of income or they don’t have a lot of financial support ... taking a whole year off from full-time school to be an AMS Executive sometimes isn’t financially possible,” said Evans.

Liu said the President’s Office will be gathering data on other student unions across Canada to decide how to approach increasing AMS Executive salaries.

The final recommendation on reaching out to equity-seeking communities intersects with the AMS Equity Plan, currently being developed.

“What the Equity Plan will do is sort of identify what different avenues for participation exist within the AMS,” said Evans. “There’ll be more of a holistic summary of how we can improve diversity at all levels, which is more important.”

The AMS has recently sent out invites to discussion groups around equity to develop the equity plan. Evans said its development will be a priority next term.

“I think that right now is just sort of a time for us to now do more thorough research … and also to do some consultation with the groups that need to be consulted with on some of those points,” said Evans.

“And then at that stage, we then start looking at potential policy changes down the road … but I know there’s a lot of interest in the organization to do whatever we can to make sure that we’re making our elections accessible to everyone.”