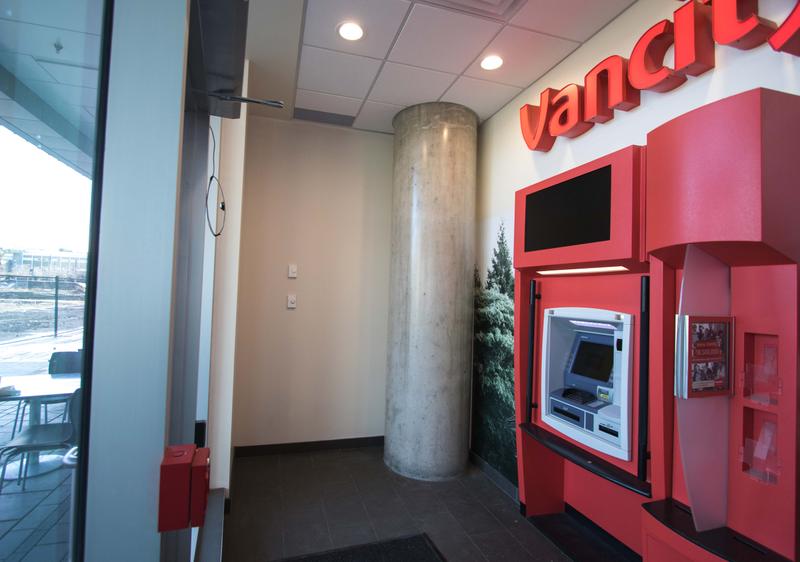 The AMS policy on expulsion from its properties has been described as "anti-homeless" by professors and students. Jack Hauen

When the AMS passed its policy on expulsion from its property, they faced criticisms of hypocrisy and anti-homeless sentiments from students, faculty and former AMS employees. Many weren’t sure why it was needed in the first place.

Now, a UBC Pride Collective volunteer said she believes the policy was created at least in part because of a homeless man who had been removed from the Nest multiple times for sleeping there.

Emily Lim said she interacted with the man, who said he was a student, when she was in the Nest “all day, every day” for Pride Week, which ran from January 15 to 19, 2018. The policy was sent out on the AMS Council mailing list February 2, and passed February 7.

Lim said UBC Campus Security, which has patrolled the Nest since the AMS cut their security service in 2016, told her they had removed the man before, and they had the situation under control.

But Lim said she wasn’t worried.

“He seemed really nice,” she said, adding that he helped make decorations for the Pride Week dance on January 19. “He’d seen us going up and down with a bunch of boxes and he was like, ‘Do you guys want help?’”

Lim said the man asked her about the UBC Free Store and the Student Legal Fund Society, which advocates for students in legal matters.

Campus Security confirmed they had removed a homeless person who was sleeping in the VanCity ATM in the Nest on January 19 — the date of the PRIDEweek dance and two weeks before the expulsion policy was sent out to AMS councillors.

VP Administration Pooja Bhatti denied that the new policy had anything to do with the homeless man.

“The incident that took place with the homeless individual was handled in accordance with the 2012 AMS Policy on Expulsion From The Student Union Building,” she said in a statement. “The updated policy, which was only approved by council on February 7, was drafted independent of this situation.”

Bhatti said at the February 14 AMS Council meeting that the Operations Committee was reviewing the policy as they had “just noticed a few things.”

The policy copies a good deal of language from a 2006 AMS expulsion policy. Like the current one, the 2006 document bans not wearing footwear, staying overnight in AMS buildings, or collecting food scraps from garbage bins. The difference is that the original document cites nonspecific BC Ministry of Health regulations as to why those policies exist — the current policy does not give any specific reason.

AMS President Alan Ehrenholz stated the policy was drafted to “the extent necessary to protect AMS members and nonmembers and ensure peaceful and safe enjoyment of our facilities.”

Lim said she felt “disgusted” when she read the policy. She said she was disappointed that the AMS’s response was “to try and have grounds to expel [homeless students]” instead of helping them.

“I’ve washed my face in the Nest before when it was finals and I’ve been here for like 20 hours studying. A lot of the things on that list, if you’re not looking at them as homeless [issues], those are stress coping mechanisms,” she said. “I wish there was a more supportive response ... more compassionate, and less elitist.”