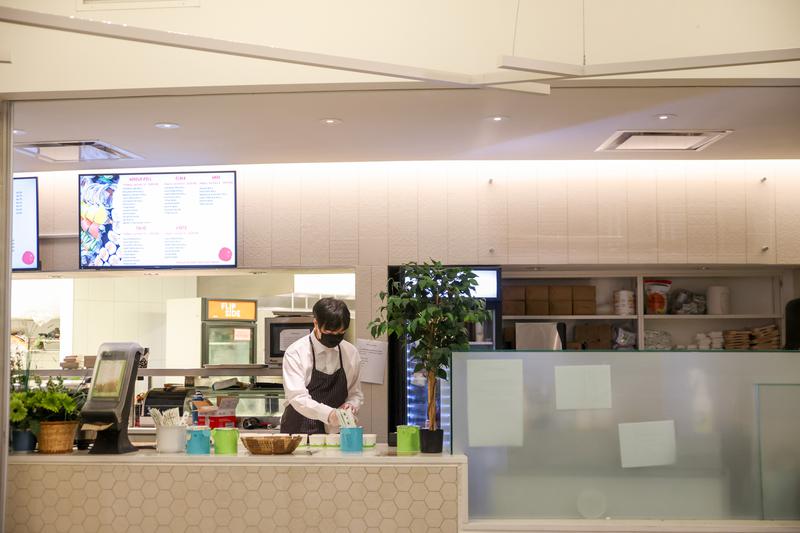 The AMS is struggling to find employees to work at its many campus businesses, and global economics may be responsible.

Employment is down quite dramatically at the AMS. An online job board is seeking employees to work at multiple businesses, including the Gallery, Blue Chip Cafe and Grand Noodle Emporium. There are nearly 40 open positions, the majority of which are for kitchen staff.

“We can't fill cooking positions with ... part time student position[s] where they may work six hours a week, we need full time cooks to be able to support the food service,” said AMS Senior Marketing and Communications Manager Eric Lowe. “So you have a shortage in the kitchen.”

Lowe believes that this lack of kitchen staff is responsible for the Gallery’s recent decision to cut operating hours, as well as the inability for Pi R Squared to reopen.

Lowe also believes that the AMS employee shortage is a product of the greater labour shortage affecting businesses across the continent. In a recent study released by the Business Development Bank of Canada, 64 per cent of responding small business owners said that their growth was being limited by a lack of labour.

This may be the result of people having time to reconsider their futures during the pandemic, according to Dr. Mark Thompson, professor emeritus at the Sauder School of Business.

“For some of these jobs, that money wasn’t that great … so they say, ‘Do I really want this?’” said Thompson. “They’re gonna move on, they’re gonna go back to school or they’re gonna do something else.”

According to Lowe, the AMS is not struggling to find students to work. The need is for full time workers that have already graduated and entered the workforce. With so many jobs available around Vancouver, the student organization is in direct competition with the rest of the local hospitality sector.

While the AMS offers competitive wages with some local restaurants, most hotels and restaurants in more central parts of the city can often produce better pay and better industry connections. Lowe also cited UBC’s distance from the rest of the city as a factor preventing many job candidates from opting for AMS positions.

“We do actually have lots of interviews that come in, but in the end they seem to accept positions elsewhere,” he said.

Neither Thompson nor Lowe were able to predict whether the situation would improve any time soon. According to Lowe, the AMS has been ramping up its recruitment process, searching for culinary school graduates seeking work experience, as well as recent immigrants to Canada.

Lowe feels that the AMS has created a strong enough work culture that employment will pick up eventually.

“It’s not that typical Gordon Ramsay type of kitchen where you imagine someone’s yelling at you all the time,” he said. “We’ve really created a nice culture here for our cooking staff.”