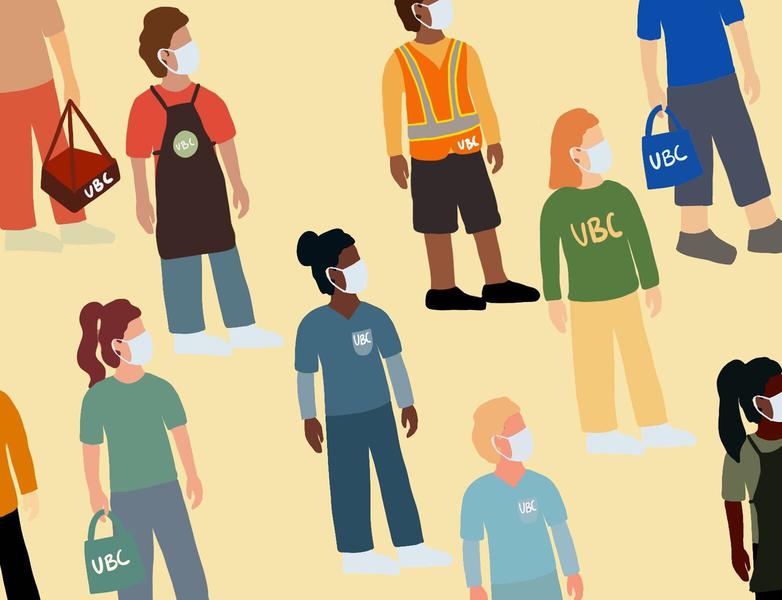 In an AMS Council meeting on July 15, Evans said the AMS is always looking to compensate employees more, if possible. File Lua Presidio

Many students have been working in person throughout the COVID-19 pandemic, including students hired by the AMS.

While most people in the executive teams have been able to work from home, some workers, such as those in services or those working in AMS-owned businesses haven’t had the same option.

But the AMS never introduced hazard pay for those working in person, and it wasn’t brought into public discussion until the end of June at an AMS Council meeting by Senate representative and former AMS President Chris Hakim.

He noted that while the work of front-of-house staff is different to the work of essential service workers, the AMS business outlets have still been operating.

“Nevertheless, the AMS business outlets are operating during the pandemic and staff working there are unfortunately at risk of catching the deadly virus. In doing so, we should be compensating our front-of-house staff workers to not just compensate them but to show them the AMS’s gratitude for the amazing work that they do.”

‘Hazard pay’ refers to additional compensation given to workers operating in hazardous conditions.

This pay increase has been applied to many people who have worked throughout the pandemic, especially for those who continued working when the pandemic was at its height. In May, the BC government announced a “pandemic pay boost” for front-line workers. Many grocery stores have also offered hazard pay to workers, although that extra pay ended for many as the province moved into phase two of its restart plan.

Hakim noted that the hazard pay should only apply to front-of-house staff who interact with customers, and therefore run a higher risk of contracting the virus during their working hours.

But she told The Ubyssey that as someone who is at high risk for COVID-19, she “never felt pressured or told that I needed to come into an office or do anything that from a transmission standpoint I [could] be uncomfortable with.”

Hazard pay only recently became a topic of discussion, but Evans noted that when the pandemic started, it was Hakim who was president and could have instigated that conversation back in March.

Hakim said to The Ubyssey that “the AMS’s previous mistakes shouldn’t be the guiding reason behind [not implementing] hazard pay.”

“But instead, [this] should be a moment of reflection to provide us with this second type of thinking: What if we did something different? What if we actually tried to approach the situation differently?”

The AMS has not yet implemented hazard pay but is “evaluating whether there is any room to do some retroactive hazard pay to compensate for the earlier months,” said AMS President Cole Evans in an interview with The Ubyssey, due to the healthier place the province is in in regards to the pandemic now.

However, the pandemic's status is never stable. The recent change from single-digit new cases each day to 30+ has worried BC public health officials, with Dr. Bonnie Henry warning of the potential for “explosive growth.”

“Right now we are able to accommodate most of our staff who are working from home,” Evans said.

In an AMS Council meeting on July 15, Evans said the AMS is always looking to compensate employees more, if possible.

“We also have to make sure that there is some sense of equity as well. As soon as we start venturing into hazard pay when we’ve already created safe conditions for workers, we’re going to have other employees start wondering why they aren’t being included on hazard pay when they are exposed to similar conditions,” Evans said.

“There’s not a lot of reasons for us to be getting ... hazard pay,” he said. "[But] we are continuing to evaluate the situation.”