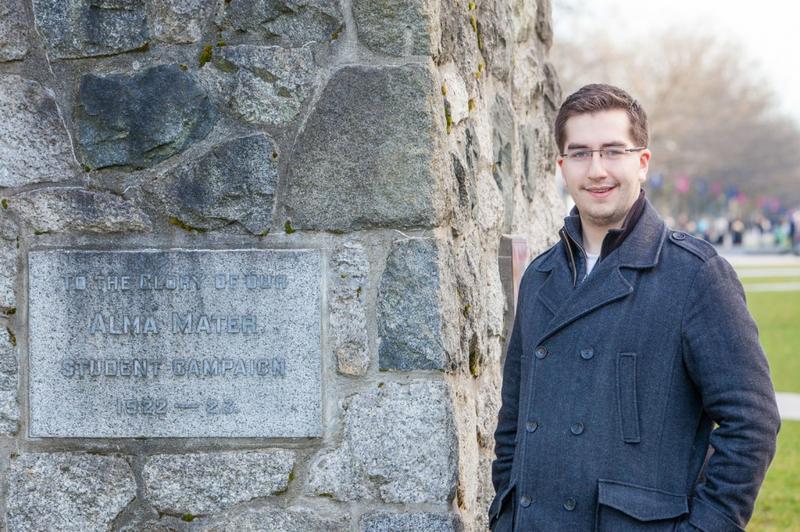 Tanner Bokor says he plans to step back and allow some new faces to come to the forefront of the AMS. File photo Steven Richards / The Ubyssey

AMS President Tanner Bokor has withdrawn from the presidential race in the upcoming elections.

Bokor has spent the past year working on many different projects and is finishing up his last weeks as the president tying up loose ends with the new SUB, the BuildAMS governance review and AMS2030, a strategic plan he’s been creating since May.

“I think my year’s been a lot about building groundwork to pass off to the next generation of student execs,” said Bokor. “[It] was mostly spent in preparation for the opening of the Nest and also for the Centennial, so most of the work that I was really focusing on this year was around long term planning.”

While Bokor had initially hoped to serve as AMS president for another year, he ultimately decided that he would rather step back and allow some new faces to come to the forefront of the society.

After serving as an AMS executive for the past two years, Bokor hopes to continue being involved with the AMS, but in a less prominent role. He is currently still in the running for positions with the AMS Board of Governors, as well as the Student Legal Fund Society.

“I think there’s still a few areas for me within the AMS where I can still do some good and still contribute back to UBC students, but in a smaller capacity,” said Bokor.

He also hopes to refocus on classes in the following school year and get on track with finishing his degree.

“I’ve been at the AMS for three years now and I absolutely loved it, but I’ve put my studies on hold for a majority of the time while I’ve been here," said Bokor. “Ultimately, I’m happy with what I’m going to be able to pass off to my successor after elections. I am very excited to see what is in store for the society heading into its Centennial year, and wish all the best to the candidates running in the upcoming elections.”