AMS proposes to ban posters and slates in constituency elections 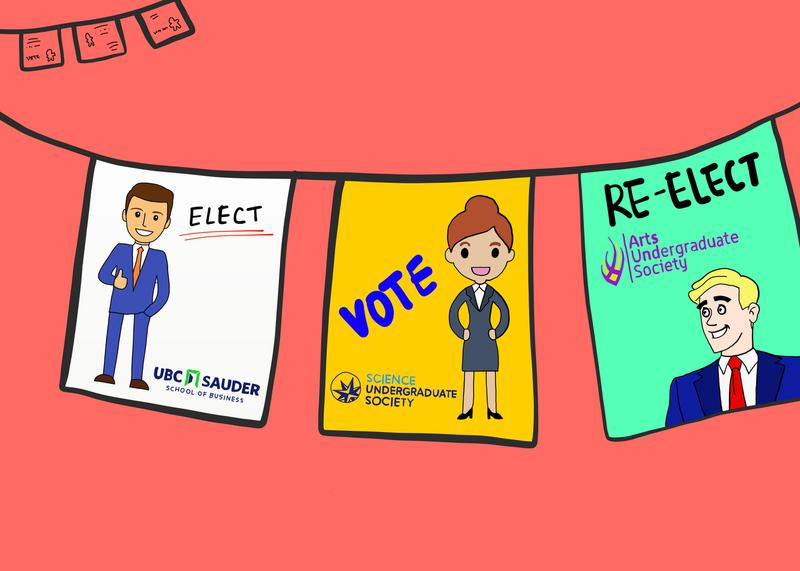 Following the example of AMS elections, a proposal has been introduced to call for the formal ban of campaign posters and slates within upcoming constituency elections.

“I initially proposed this change because slates have been banned in the AMS code of procedures for AMS elections for a long time and just last year, posters were also banned for candidates,” said Ahsan Sahibzada, the chief electoral officer for AMS Elections.

According to Sahibzada, on top of the positive environmental impacts that comes with no longer printing and disposing of paper in mass quantities, posters take up a large amount of reimbursement costs.

Tyra Phillips, president of the Engineering Undergraduate Society, agrees that it is in the voters’ best interest to select each candidate individually.

“Banning slates is a pretty common practice for most student union elections and most student governmental elections in general so I think that it’s a good move that is just kind of catching up with where everyone else is at,” said Phillips.

The 2019 AMS Elections Handbook defines a slate as “a group of candidates who run for elected office (including but not limited to AMS Executive positions on the Senate and Board of Governors) on a similar platform for mutual advantage.”

In regards to the proposal to ban campaign posters, Phillips think it’s a good move overall. But she cautioned that it might lead to decreased engagement in upcoming elections.

“I think that it’ll impact elections only really by decreasing voter turnout,” said Phillips. “I think because [posters are] sort of like a permanent advertisement that everyone sees and there is a lot of them usually around.”

Some constituencies have already implemented the changes to their rules and regulations. The Science Undergraduate Society banned postering campaigns last spring.

“We already recognize the environmental impacts of the usage of posters by multiple candidates,” said Julia Chai, current President of the SUS. “… Instead, we encourage candidates to find and pursue alternative methods of campaigning such as classroom announcements or social media campaigns.”

Both presidents agreed that the proposed change is a positive step in minimizing the environmental impact of postering practices.

According to Sahibzada, implementation of the new policies is still in the early stages of development and he will need to consult further with constituency election administrators before final approval from Council.

“If it goes to Council and if it is approved … then we might be in a better picture to say … what this change would look like and how constituencies would be trained to implement these changes.”