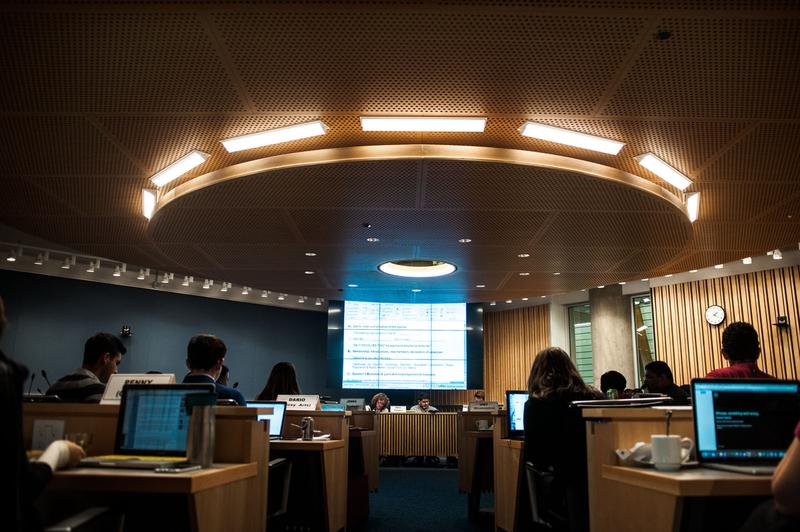 How will this year’s AMS referendum questions affect you?

A referendum question that bundled SASC’s fee increase with a broad fee restructuring proposal was included in the March 2018 AMS Elections ballot. If passed, funding for certain groups like resource groups would be put up for referendum every 3 years. There was concern raised but a lack of consultation and communications from the AMS about this proposal.

There are four referendum questions on the elections ballot this year, covering a wide range of topics: the extension of current U-Pass contract, the restructuring of AMS fees, the removal of student court from AMS bylaws and the creation of the Sustainable Food Access Fund. The first three have already been endorsed by the AMS.

Here’s a break down of what you need to know and how the referenda results could impact you:

“Do you support and approve the continuation of the U-Pass BC program at the current price of $41.00/month, effective April 2018?”

First instated in May 2017, the current $41 per month U-Pass contract — which covers all TransLink services like buses, SkyTrains and the SeaBus — is set to expire in April 2018. If approved, students would be able to continue paying this price until the end of 2019. If rejected, UBC students would be kicked out of the U-Pass BC program and required to pay $172 per month for a normal three-zone adult pass instead.

“Do you support and approve the fee restructuring proposal as presented?”

Fee collection is crucial to the AMS: they collect about $20 million from students through these fees every year. Most of those fees are non-discretionary, meaning they’re specifically allocated to different services — sometimes resulting in untouched funds and making it crucial that the fee structure is accurate to current student needs.

The fee restructuring proposal contains four key voting points. First, voting “yes” will support the doubling of the Sexual Assault Support Services Fee from $3.55 to $7. This fee funds the day-to-day operations of the AMS’s Sexual Assault Support Centre (SASC), which has historically struggled with funding as it aims to provide crisis support, advocacy and education on campus. This will help to support SASC's continued expansion.

Second, it’s proposed that the graduate student fee will decrease, from $7 to $3.55.

The third and fourth points of the referendum are regarding the renewal of AMS fees. The fees in the table below will have to come up for renewal every three years should the referendum be voted through: 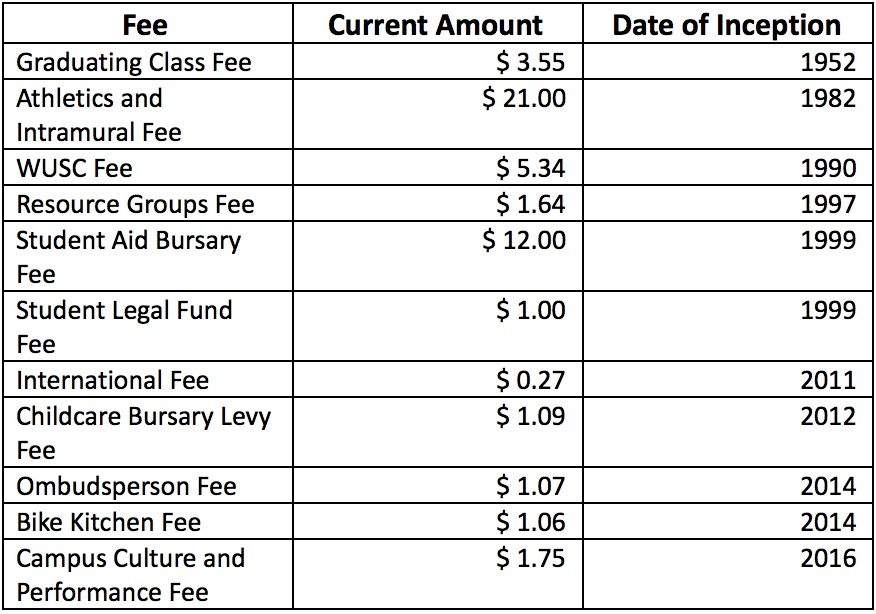 This is to prevent fee structures from becoming outdated and allow the AMS increased ease of change. However, Tania Talebzadeh, a fourth-year GRSJ student and the co-chair of the Social Justice Centre, has concerns that this referendum infringes upon the transparency and communication that the student resource centres usually have with the AMS. The “resource group fee,” which covers Pride UBC, the Social Justice Centre, and the Women’s Centre, is on the AMS list.

“A big concern within all of the resources centres has been the fact that we were not even aware of this restructuring, and these questions being put out to students,” said Talebzadeh. “So there has been no communication from the AMS around this issue … It places an extra bureaucratic block to our processes.”

She said that this referendum has raised concerns on the part of the resource group leaders that it will slow down the process for students to be able to access funding and support.

“Why didn’t you, as the AMS, come and approach us if you had issues with transparency and such? Why didn’t you come consult us in relation to how you wish to handle this with the broader student body?”

With the referendum, “any fee that fails to win renewal will stay in place for one fiscal year before being discontinued,” representing a big change.

“Do you support and approve amending the AMS Bylaws in accordance with the changes presented in the document entitled Removing Student Court from the AMS Bylaws?”

Student Court has, according to the AMS, become useless in recent years. The body, which is intended to be an independent decision-making structure for students with complaints or concerns, hasn’t been filled since 2010. It also isn’t very independent — according to society bylaw, AMS Council can still vote against any of its decisions.

Attempts to strengthen Student Court against Council failed in referendum. According to Sheldon Goldfarb, the AMS archivist, “In another attempt to strengthen the Court, Council put a rule in Code to prevent itself from overturning Court rulings, but the next time a Court ruling was made that Council didn’t like (in 2010), Council suspended that Code rule and rejected the Court ruling. It later amended Code to remove that rule permanently.”

Chris Hakim, who put forward the referendum to AMS Council, said in an emailed statement, “A crucial issue with Student Court is that it is providing a slow and costly service that is done better in other avenues of the AMS. There are already various bodies within the AMS that offer the same services that Student Court does, and in a much faster, more effective, and cost-efficient way.”

To those that might be concerned about fair and democratic process, AMS President Alan Ehrenholz stated “this is a more efficient process and we’ll still hold up those democratic values at the end of the day. The people that are going to be on Council are elected, and I would encourage students to have trust in the elected leadership to make decisions that are best for the Society.”

Ehrenholz also pointed to the AMS Ombudsperson as someone students could go to for help.

“Do you support the AMS establishing a Sustainable Food Access Fund through a refundable fee of $0.35 to support on-campus sustainable food initiatives (subsidize food prices and increase programming at Agora Cafe and UBC Sprouts, and offer a student discount at the UBC Farm Market and Roots on the Roof)?”

Four UBC organic and sustainable food initiatives have proposed a refundable fee of $0.35 to support their operations and keep their products affordable for students.

According to UBC Sprouts Vice-President Nikki Lax, the four groups came up with the referendum question after realizing that their operations are not “financially sustainable at the current pricing” due to the higher-price premium placed on organic food and produce.

“We realized that we’re feeling those repercussions and we’re just trying to make this food accessible,” she said.

“With a little bit of annual subsidy, our entire operations could be way better, way more financially-sustainable and more viable.”

Currently, the groups’ operations are funded by sales, Community Supported Agriculture boxes, workshop donations and grants. They receive no direct funding from UBC.

If approved, the fee would stay at the same level for the years after, unless the groups pose another referendum question to have it increase with inflation.