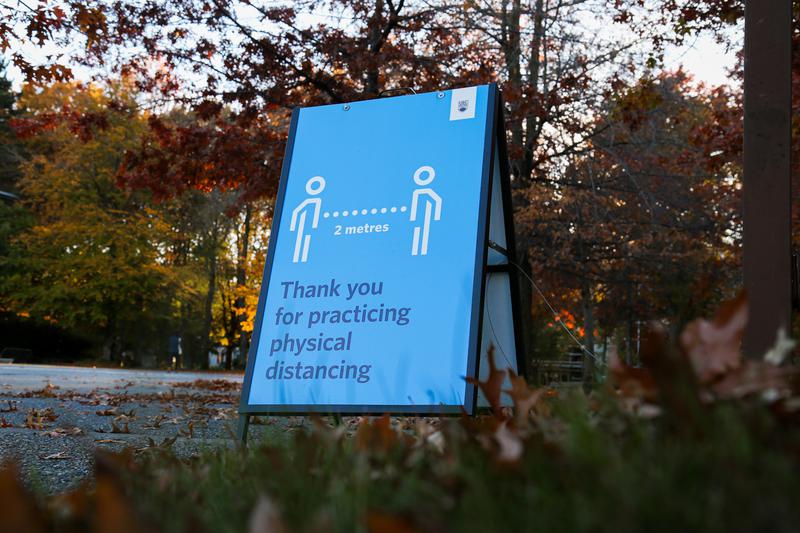 "Having students really participate and engage in this process to help our advocacy, and to help us fight for them, was really, really valuable.” File Jasmine Foong

With in-person classes starting in less than a month, the AMS conducted a survey to see how students feel about the return to campus.

Through the 2021 AMS Return to Campus Survey, AMS VP Academic and University Affairs Eshana Bhangu wanted to quantify students’ concerns over UBC’s return to campus plans to better advocate on their behalf. The survey was conducted from July 6 to July 15, and its results have been used during discussions and communications with the university around mask and vaccine mandates.

“[I]t’s best to have data-driven advocacy so that’s why we put out the survey so we can get hard numbers, ask students specific questions and really understand what their concerns are,” Bhangu said in an interview.

Last week, Bhangu shared a seven-page report outlining the results of the survey in an email to The Ubyssey. Here are the highlights.

Majority of students express concern over a return to campus

“Despite the high level of vaccination rate among students on campus, high-density areas such as social gatherings, buses, and lecture halls are all areas of concern for UBC students,” the report reads. This is especially true of large classrooms with “tight seating arrangements.”

Over 60 per cent of students are concerned with COVID-19 exposure in classrooms, with 80 per cent instead favouring smaller class sizes and 65 per cent supporting hybrid learning. The report notes that recorded lectures could benefit students by reducing commute times, make office hours more accessible and allow them to learn at their own pace.

Students who plan to live in residence, which made up 21 per cent of respondents, are also concerned about exposure to the virus. 82 per cent supported mandatory vaccinations for those living in-residence.

The report also finds that there is a “glaring concern” over public transit among commuter students — who made up over half of all respondents. No specific statistics were cited, however.

On top of these concerns, international students arriving from outside of Canada must also grapple with the uncertainty of international flights, quarantine regulations and visa issues.

68 per cent of these students are worried about the financial burdens of mandatory quarantine, 23 per cent are concerned about access to vaccines upon arrival and 32 per cent are “afraid” of peer discrimination based on the credibility of the vaccine received.

Meanwhile, 15 per cent of all respondents are concerned about being able to relocate to Vancouver once classes start in September 2021.

“[S]tudents are having to pay an exorbitant amount of money to redirect and come from other countries ... or [there are] students who didn’t get their study permit,” Bhangu explained. These concerns have only grown stronger since July, she added.

Between the time the survey was conducted and the report was written, UBC created a quarantine bursary to help those who still need to self-isolate. Certain travel restrictions, notably the three-day hotel quarantine, have also been removed by the federal government.

Although written responses are still being analyzed, according to Bhangu, many comments touched upon topics included in the survey, reaffirming student support for mask and vaccine mandates, as well as recorded lectures.

Bhangu was not surprised by the findings, but found the confirmation “very helpful” in ensuring that “[the AMS is] fighting for students on what they truly want.”

When contacted by The Ubyssey, UBC declined to elaborate on whether they would revise their back-to-school plans based on the AMS’s survey results.

“We have provided feedback from the AMS and other student community members around their concerns about returning to campus on an ongoing basis to the provincial government. The university’s work and actions in this regard was highlighted most recently by President Santa Ono in his blog post and video published last Friday,” wrote Matthew Ramsey, director of university affairs at UBC Media Relations, in an email to The Ubyssey.

“We will continue to provide feedback from our community to the provincial government as we receive it,” he added.

Still, Bhangu is “very hopeful” changes will be made given Ono’s recently announced support for mandatory indoor masking and vaccination, which Ramsey referenced in his email.

Bhangu is also grateful to those who filled out the survey.

“It’s always a struggle to get the university to do things that they’re not wanting to do or showing a lot of resistance [to], but having students really participate and engage in this process to help our advocacy, and to help us fight for them, was really, really valuable.”