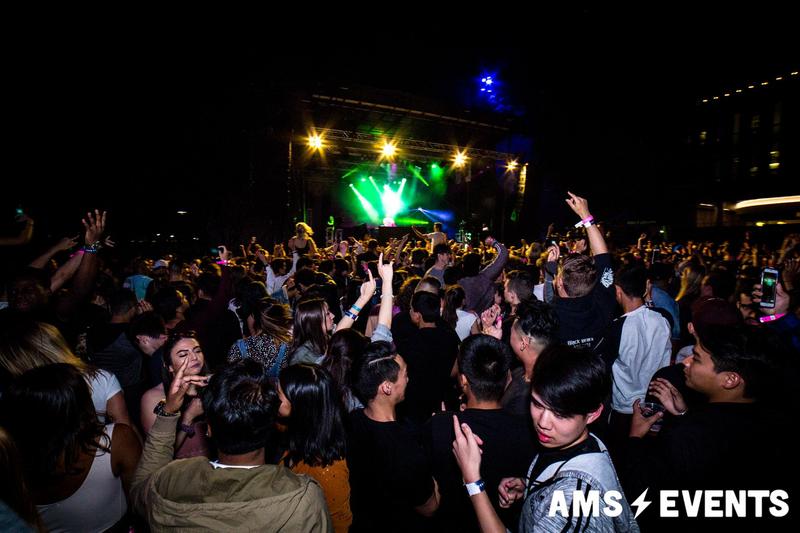 The “small partnership” between UBC and Simon Fraser University’ (SFU) student unions for this year’s Welcome Back BBQ did not deliver a bump in sales — but both societies believe it was a positive experience that could lead to more collaborations in the future.

According to AMS Programming and Events Manager Asad Ali, the 2018 AMS Welcome Back BBQ sold 4,000 out of 6,500 tickets. While this meant just over 60 per cent in attendance rate, Ali noted that the number is within the AMS’s expectations based on past Welcome Back BBQ events.

“In terms of ticket sales, the trend is pretty normal for us, actually,” he said, explaining that the number of tickets sold has fluctuated between 3,000 and 5,000 over the past five years.

“So being within that range, we’re good.… Obviously our goal is to sell out the event. We didn’t sell out, but we were close.”

But this year’s event also included “a small partnership” with the Simon Fraser Student Society (SFSS) from SFU, who cancelled their own start-of-the-year event following space and scheduling conflicts with their university.

Announced in July, the collaboration led AMS Events to increase the attendance cap from 5,000 tickets to 6,500 — on par with that of Block Party, the AMS’s largest event — to reserve additional tickets for SFU students. They, however, only bought 200 tickets according to Ali.

According to SFSS VP Student Life Tawanda Masawi, his society’s goal “wasn’t to create some sort of replacement” for their own event, but to secure a subsidized rate for SFU students who intended to attend the Welcome Back BBQ anyway.

While tickets for UBC students ranged from $20 to $40 depending on the time of purchase, SFU students had to pay $37.50 for entrance, which is still substantially cheaper than the $55 ticket price for public attendees.

“The AMS event to me was never a solution like ‘Hey, here’s a new event for students,’ it was just ‘Hey, if you’re already going to the AMS event, here's a discount,’” said Masawi.

“And then through that, we ended up having further conversations and saying, "Okay, what else can we do?" because … I'm not afraid to take [risks], but to explore new opportunities.”

As expected from the summer, the AMS managed most of Welcome Back BBQ’s logistics while the SFSS “[played] a minor role” and focused on promoting the event to SFU students. At the same time, although the SFSS had agreed to pay for more security personnel if the expected attendance number increased significantly, this ended up being unnecessary.

Masawi noted that the AMS-SFSS partnership went well logistically, describing it as “a building block” in terms of collaboration between both student societies.

“[The AMS would] like to revisit the partnership again, and see how people want to get involved,” he said. “It just comes down to the fact that if you want something bigger, it’ll be a bigger collaboration.”

Regarding the event’s financial performance, Ali indicated revenue and expense numbers aren’t available yet, with Masawi confirming he has yet to meet with AMS Events to discuss results since the numbers haven’t been finalized.

“We do subsidize prices, and we try to make this a more student-friendly event, more student price affordability and whatnot,” he said.

“So the hope is again obviously to stay within budget. I’m pretty confident we will.”