AMS “The Price is Right” event educated students on affordability 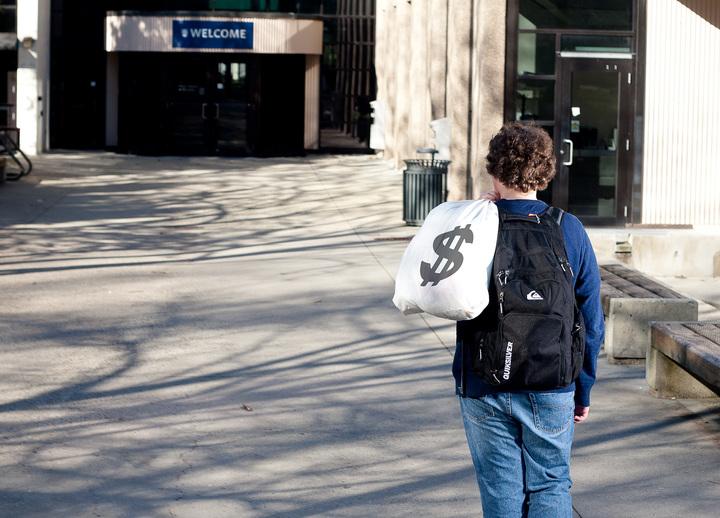 Last night, students gathered in the Gallery 2.0 to engage with the AMS on affordability in the form of an interactive “The Price is Right” style game show. Host Gordon Katic quizzed contestants on the prices of different aspects of post-secondary education for the chance to win a variety of prizes — including a one-course domestic tuition credit, the grand prize.

Kathleen Simpson, AMS VP External, said that the event was the kick-off for a larger AMS campaign on affordability.

According to Simpson, affordability is one of the AMS’s most central advocacy goals.

“I think it’s something that [students have repeatedly] shown us that they really care about and we think that the provincial elections are a really good opportunity for students to be able to let politicians know what’s important to them,” said Simpson.

Jamiu Abdasalami, a fourth-year materials engineering student and an AMS representative, expressed his concern over the overwhelming cost of textbooks at UBC.

“[Some] students will actually rather not have a textbook for a course, even if it’s required, if they can’t afford it,” said Abdasalami .

Abdasalami cited his support for the AMS's #textbookbrokeBC campaign — another key affordability initiative — as a reason for his attendance to the event.

Marium Hamid, a third-year economics and anthropology student, also expressed concern about the financial toll that comes with attending UBC.

Simpson revealed that the new affordability campaign will include posters, letter-writing and an outlet for students to share their thoughts or concerns about affordability.