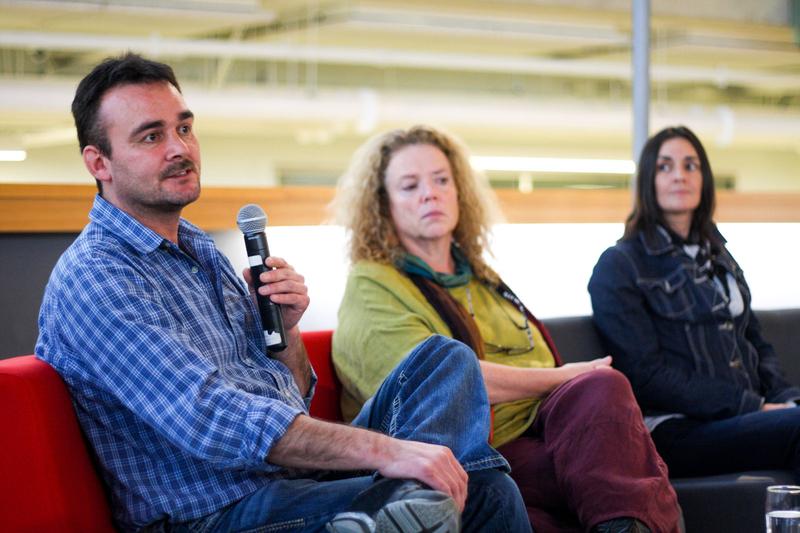 On Thursday night, students and a panel of three experts gathered in the Nest to talk about the Pacific NorthWest LNG Pipeline. The event was the latest installment of the AMS’s town hall series which aims to foster student involvement and discourse on political issues as the provincial election draws closer.

The Pacific NorthWest LNG Pipeline is a proposed pipeline that would transport liquid natural gas across the province for export from Lelu Island. The $11.4 billion project would be the largest investment in resource utilization in the history of British Columbia, but would also create an almost eight per cent increase in BC’s carbon emissions. The pipeline has already gained regulatory approval.

AMS VP External Kathleen Simpson explained the issue was selected as a topic of discussion for the town hall series because it was “talked about a lot right now in the lead up to the provincial elections, which are in May.”

“We [the AMS] really want as many students as possible to vote in that election,” said Simpson. “[We're] trying to raise the different issues that politicians are talking about with respect to the election so that we can build that momentum behind voting.”

“We’ve generally found students care a lot about the environment with respect to the election,” said Simpson.

Conversation before the event centred on environmental issues.

“I’m very torn on this issue at the moment because a lot of politics is about balancing environment and also ethics and economy in a sense, and this is one of these issues,” said Daniel Lam, a third-year atmospheric science major.

Ultimately, however, Lam noted that he was there to “listen to different perspectives.”

“I just want to listen to the experts, listen to people who this pipeline is going to effect,” he said.

The panel consisted of three experts on the subject — Dr. Kathryn Harrison, a professor of political science; Dr. Amie Wolf, a member of the Mi'kmaq First Nation and a professor advocating for a greater place for First Nations in the curriculum of UBC; and Ricard Wright, the spokesperson for the House of Luutkudziiwus of the Gitxsan Nation.

The conversation lasted for about an hour and focused on how large scale industrial projects like the LNG pipeline and the government often fail to meaningfully consult First Nations groups on issues that could have consequences for their land.

Discussion concluded with the acknowledgment that the debate may soon resolve itself —Harrison explained that the falling price of natural gas in Asia threatens the economic viability of the project.