'Will create a lot of problems for students': the AMS, UBC respond after Elections Canada removes on-campus voting stations 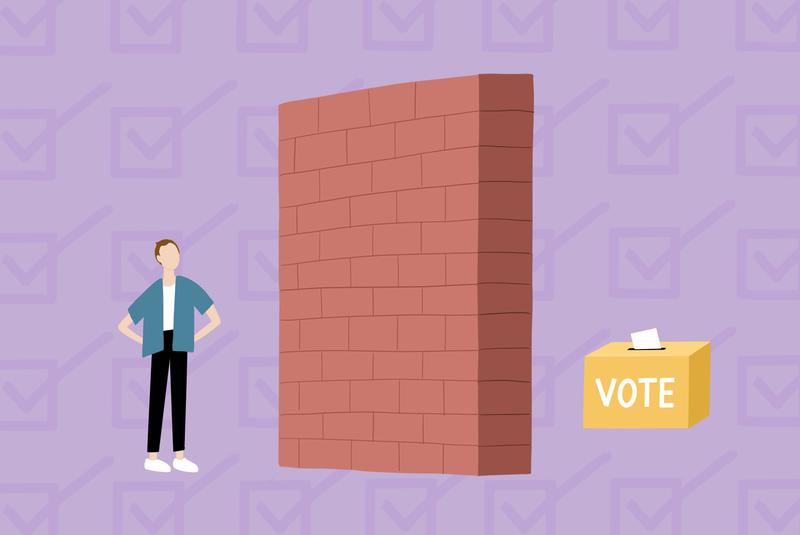 “With this barrier that Elections Canada has put in terms of voting for students will create a lot of problems for students across Canada.” Isabella Falsetti

Elections Canada will not provide any on-campus polling stations for students, leaving the AMS and UBC frustrated.

In a Twitter thread on August 25, Elections Canada defended its decision, citing challenges from the COVID-19 pandemic and “the minority government situation.”

“We will continue our communications and outreach efforts to be sure students have what they need to vote, and we look forward to offering vote-on-campus at future elections,” one of the tweets reads.

Elections Canada offered students other options to vote, such as voting with a special ballot or by mail.

In a letter to Elections Canada Chief Electoral Officer Stéphane Perrault, the Undergraduates of Canadian Research-Intensive Universities (UCRU) — of which the AMS is a member — expressed its concerns over the decision.

“Ensuring that there are [voting locations] at post-secondary campuses across Canada is crucial as it makes certain that young people and students have accessible ways of voting in their home riding when living or spending most of their time on campus,” the letter reads. AMS VP External Saad Shoaib, who also serves as vice-chair of UCRU, was a co-signer.

“Youth have had historically low voter turnout rates”, said Shoaib in an interview with The Ubyssey. “With this barrier that Elections Canada has put in terms of voting for students will create a lot of problems for students across Canada.”

In a wave of media pressure, UBC President Santa Ono, the Carleton University Young Liberals and Young Liberals of Canada are among those calling on Elections Canada to reverse its decision.

The Vote on Campus program is an important mechanism to encourage university students to vote. I encourage the Chief Electoral Officer to consider steps that can be taken to facilitate our students’ ability to vote in the upcoming and future elections.

According to Matthew Ramsey, director of university affairs at UBC Media Relations, UBC staff have been communicating with Elections Canada following the “tremendously successful” 2015 Vote on Campus program that increased voter turnout among young electors.

“The most important thing at this point that students can do is to get informed about the voting options that are available and make a plan on how to cast their ballot,” said Ramsey in a statement to The Ubyssey.

Engaging student voters in a pandemic

Besides advocating for Elections Canada to reverse its decision to remove all on-campus voting options, the AMS Get Out The Vote (GOTV) campaign will focus on encouraging students to cast their ballots amid the pandemic.

The student society’s GOTV campaign will be in partnership with UCRU, according to Shoaib. Ramsey says UBC has also been working with the AMS around the campaign to push students to vote.

Part of this voter engagement was to host various online and in-person events. For example, the AMS and Graduate Student Society hosted a Vancouver-Quadra candidates debate on September 8. The debate was be live-streamed and was intended to offer students a chance to hear from the people running to represent them — the Vancouver-Quadra riding encompasses anywhere west of Arbutus, including UBC.

From September 10 to 20, an AMS booth will also be set up in the Nest to hand out GOTV branded merchandise and informational material on voting.

GOTV will especially focus on social media engagement, with about $4,500 of the campaign’s $10,000 budget centered on video production and social media management.

According to Shoaib, the online campaign will not only be dedicated to providing students with the necessary information on where, why and how to vote — such as directing them to the “UVote” website — but also to get them enthusiastic about the election.

AMS Associate VP External James Cabangon says the key to ensuring student engagement with federal elections is a tweak in their classic approach with the GOTV campaign: to have it be “more fun, entertaining, and relatable to the viewer demographic.”

“It is super essential that we continue to be readily available to students during the voting period to ensure that students can get their concerns heard through their votes,” Shoaib said.