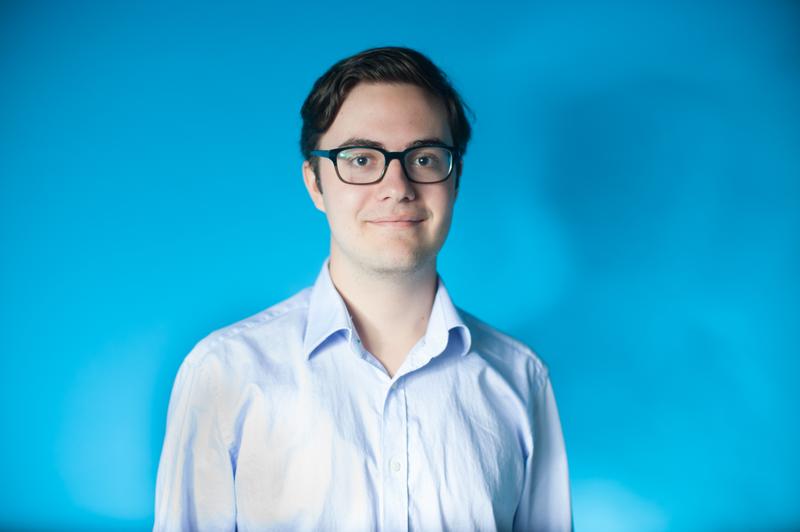 Max Holmes, former AMS elections administrator and the current associate VP Academic and University Affairs (VPAUA), is running in the by-election for VPAUA on a platform of affordability, diversity, improving the student experience and experiental learning.

Before Daniel Lam stepped down from the role earlier this summer, Holmes worked directly underneath him as his associate in the VP Academic office. After Lam resigned, Holmes worked with interim VP Academic Jakob Gattinger in the same capacity.

“[From this experience] I know where our position is with the university right now, I know where our priorities are, I helped to work on the goals that we created,” he said, noting that he helped create the Academic Experience Survey report, which he cowrote with Lam. “With helping to make that report, I know where every single executive is going to be moving.”

As he explained in an interview with The Ubyssey, Holmes tried to combine the “classic” VP Academic goals with the innovation that he wants to see within the portfolio moving forward.

There are a few goals in his platform that students won’t have seen in Daniel Lam’s campaign and subsequent work within the office.

Holmes hopes to tackle the issue of university affordability by going the housing route, both by making current on-campus housing more affordable and increasing the rate at which UBC builds new units. He also wants to work with UBC to lobby the provincial government to let the school borrow externally, something that is currently not possible.

Holmes said he wants to approach mental health on campus by conducting a full review of each faculty’s academic concession policies with the help of the student Senate caucus and the AMS Advocacy Office.

Ideally, he said, the VPAUA office would then be able to make recommendations and assist the univeristy in making these policies more accessible and helpful for students in need — perhaps the solution would be to advocate for the creation of one overarching policy to avoid unfairness and confusion.

“Academic concessions are very complicated, and also, there’s really not a consistent policy across UBC. It’s really difficult, and it’s completely different depending on which faculty you’re in,” said Holmes.

Another platform point is the expansion of the Collegia service so that all first-year students — with a priority on commuters — have a place that they can be on campus. He hopes that this will increase the sense of community and connectivity of all students on campus. During the debate, he was asked how much it would cost, and replied that while it would likely result in additional student fees, he would also consider looking for ways to pay for it through the use of UBC’s Excellence Fund.

While his platform is expansive, Holmes struggled during the debate to make hard commitments to students. Many of his goals are ambitious to the point that it will be impossible to see their full realization within the seven months that the new VPAUA will serve, but he said he hoped to hold public office hours and work on transparency for the AMS as a whole. Of course, as always, it will be up to students to keep the new VPAUA accountable.

Holmes said during the debate that he is already working with Senate to establish certain ad hoc committees and that he can guarantee that a review of academic concession policies will be conducted during his term.

Holmes also said that his prior experience would likely make for a smooth and continuous transition into the role.

“I’m trying to be able to continue a lot of the projects that I’ve started in conjunction with my VPs — that’s why I decided to run for this position,” said Holmes.