Why can’t you vote for your Board of Governors student members this year? 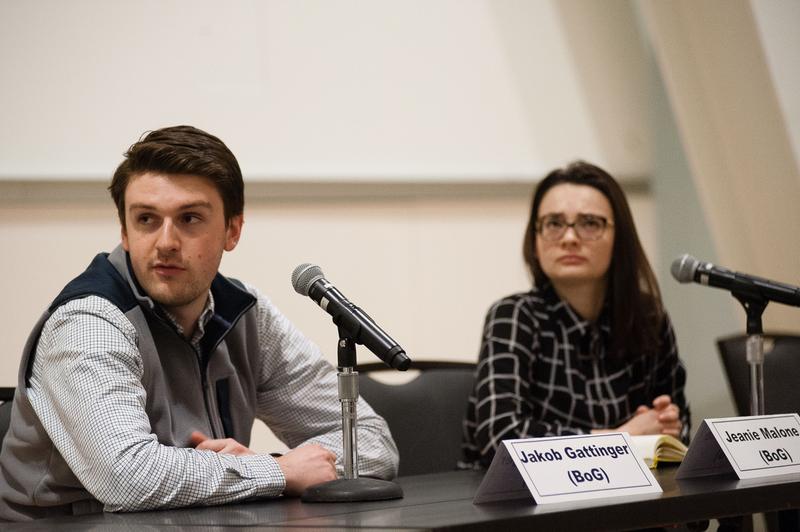 This year’s “race” for the Board of Governors student member seats was uncontested — incumbent Jeanie Malone and newcomer Jakob Gattinger were the only two candidates. The Board election is governed by a specific set of rules: instead of students being able to abstain from or vote “no” to an uncontested candidate as in the case of AMS elections, Malone and Gattinger are “acclaimed” as elected, meaning that they automatically get the seats.

The rules that enact this are actually those governing Senate, but oddly apply here as well. In 1973, when the provincial government made the decision that there should be elected seats on the Board, existing University Act regulations that applied to the university chancellor and Senate were shuffled over to include elected Board members as well.

“I believe the that the notion was that someone was better than no one, that they had those people assume office without having to go through an electoral process because if they were rejected in some sort of ratification [vote] then we’d have to reopen nominations again,” said Christopher Eaton, associate registrar of academic governance and director of the Office of the Senate.

The concern would be, said Eaton, that an entirely new elections process would leave vacancies of important elected voices on the Board for up to months at a time, due to the sluggishness of an election.

On the flip side, an incredibly under-qualified Board student member could put the student voice at risk.

“From my perspective, the best way is to try and foster more people running in elections,” said Malone. “And that’s something that I think is for sure feasible. … Our best bet is to try and encourage folks to consider running early on in this year, rather than just right up close to the election period. That’s probably my main strategy.”

“I think it is about communication,” said Gattinger. He pledged to, along with Malone, keep writing his Ubyssey columns on what students can expect from each session of student governance bodies that he sits on.

Since the Council of the Senates is responsible for updating and regulating the elections rules of the university, any appeals to the current rules would have to be brought to that body. Change is possible there — but any change to the rules governing Senate election, since those are more formally outlined, would need to be brought to the legislative assembly of British Columbia.

A previous version of this article misprinted a quote from Christopher Eaton. The Ubyssey regrets this error.