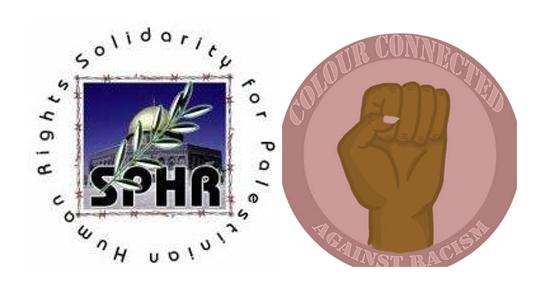 “The article contains some of the most abhorrent and offensive anti-Semitic slurs we have ever come across...” reads a statement by UBC Israel on Campus in response to the article. The statement was also signed by Chabad Jewish Student Centre’s Vancouver branch, UBC Jewish Students’ Association, Hillel BC Society and AEPi UBC.

“These are the kinds of racist conspiracy theories that helped inspire the Holocaust and continue to motivate racists across the political spectrum, from the white supremacists who marched in Charlottesville to far left activists who use ‘anti-Zionism’ to cloak what is truly virulent anti-Semitism.”

“The article is anti-Semitic and delves into gross conspiracy theory, and in no way reflects the attitudes and beliefs of Color Connected Against Racism,” reads a statement posted by the page. “We are an organization committed to anti-racist activism and the article that was posted contradicts everything we stand for.”

SPHR’s statement said “conflating Zionism with Judaism and Jewishness is anti-Semitic in of itself, and equating the two does great disservice to all our Jewish allies who have been working tirelessly for the people of Palestine, and erasing their contributions is of utmost disrespect.”

The groups said they would take steps to ensure the individual or individuals do not post inappropriate material on the pages again. Colour Connected said they revoked the individual’s access to the page.

While UBC Israel on Campus noted that the posts have been taken down, the group views the apologies as “insufficient.”

“Not only should such an article never have been posted in the first place, but it is deeply disappointing that SPHR chose to their “apology” as yet another opportunity to push their political agenda,” reads its message to The Ubyssey.

“If this was a sincere apology SPHR would have apologized full stop. Instead they had to qualify it with their own politically charged dogma.”

In its statement, UBC Israel on Campus also called out the fact that the article was shared by Colour Connected, a resource group funded by the AMS. In response, the AMS said it is “pleased” that the groups have taken appropriate steps since the incident, but did not offer any concrete plan on how to prevent this from happening in the future from a society standpoint.

“The AMS can only hope that individuals who choose to be a member of a Facebook group do so with the same views and interests as other members, rather than attitudes and beliefs that contradict the group’s cause,” reads the AMS’s statement.

“Unfortunately, this is not always the case, and it is hard to quantify our disappointment in the views expressed in the postings. We’re pleased Colour Connected and SPHR have taken the appropriate measures to ensure these sorts of actions do not occur again.”

The article has been updated to include the AMS’s statement.