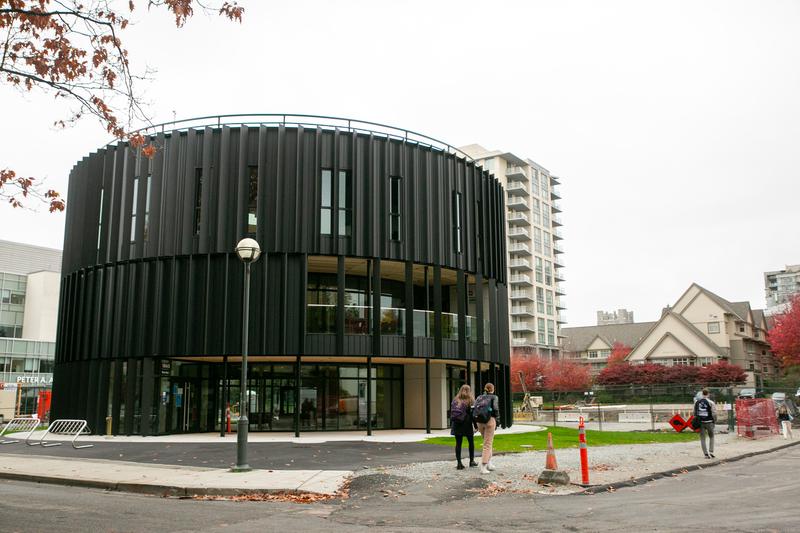 “We wanna have a building that actually defines arts students as who we are." Isabella Falsetti

Students in the UBC faculty of arts will soon have a building to call their own.

Next month, the Arts Undergraduate Society (AUS)’s Arts Student Centre will open with space for students to study, collaborate and lounge. The building has been in development since fall of 2019.

The AUS has big plans for the centre. Not only do they hope that it will serve as a hub for arts students, but they also plan to use the space to host the majority of their events.

“It’s just been something that the arts faculty needed,” Chelsea Bian, president of the AUS, said in an Zoom interview.

With the arts faculty having many of their departments spread out across campus, the AUS wants the Art Student Centre to bring together arts students in one space. Other than the Buchanan Arts Complex — which Bian says doesn’t represent the faculty’s diversity — there has not been a central space for arts students.

“We want to have a building that actually defines arts students as who we are,” Bian said.

The building — located across the street from Buchanan E — is three stories and approximately 10,700 square feet in space. The first floor has lounge areas, printers, an arts and crafts room and a resource centre for arts students. The second floor has additional lounge space. Finally, the third floor has study space. There will also be vending machines and a kitchen.

The AUS is hiring one or two building managers for day-to-day management. AUS student fees will be used to pay for its management and maintenance, Bian explained.

However, with over 14,000 undergraduate arts students, some students are concerned that the new centre won’t be a big enough hub for them all.

“[My friends and I] all have the same apprehension that [the building] … at least from the outside, looks quite small. And I’m having a hard time picturing how it could be functional for all of us,” Abby Rice, a third-year political science student, said in an interview.

Still, Rice is looking forward to having a hub for arts students. She hopes to see communal study spaces, a resource centre and potentially a career office.

Moreover, she would like to have the opportunity to meet more people in the arts faculty. Other than fellow political science students, she doesn’t feel connected to the faculty at large.

“I am hopeful that it will be a functional space for us and maybe foster some kind of connection between what is otherwise kind like a broadly spread faculty.”

The AUS is planning a grand opening event sometime in January.

This article has been corrected to say that the Arts Student Centre will have 10,700 square feet in space. A previous version incorrectly said 1,025 square feet.