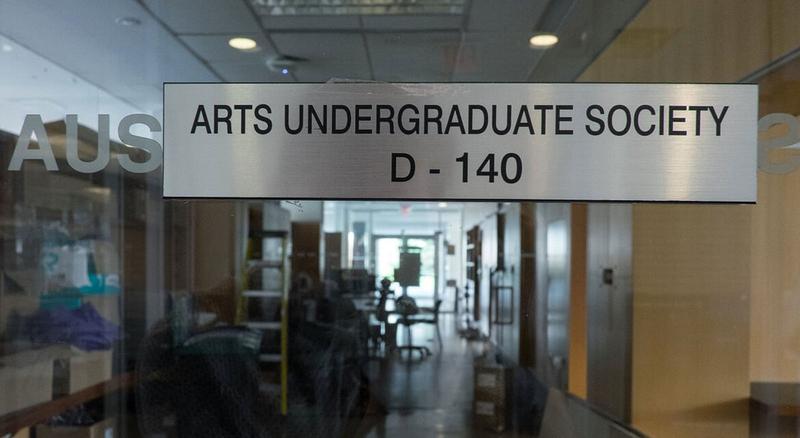 Due to low ticket sales and mismanagement, the Arts Undergraduate Society lost $35,000 through their orientations event stARTup.

“We definitely recognize that this is a really big issue in terms of spending, so we were able to cover it through our surplus, but mainly it came out of the student life portfolio,” said Marina Tischenko, AUS VP Finance.

While they are still in a surplus at this time, financial cuts were made to the academic development, Arts Week, social events, sports, the arts student centre, the first-year committee (which organizes events for first years), and philanthropy.

The budgets of the council retreat, the executive retreat, various networking events, advertising and grants were not cut.

SUGGESTED: Arts Students — Where do your fees go?

UBC’s Arts Undergraduate Society (AUS) represents 12,500 students. This means that they collect $13 from all of those people — which equates to approximately $162,500.

Where does the deficit come from?

StARTup is the AUS's orientation event. Initially, a ticket revenue equivalent to $50,000 was supposed to completely balance out stARTup costs. However, ticket revenue was only $19,070. This was compounded upon by higher-than-expected hotel costs, leading to the overall $35,000 expenditure.

“We didn’t expect to not sell out, because we’ve sold out in almost every year prior,” said AUS VP Finance Marina Tischenko.

How was it fixed?

An outlier when looking at the AUS budget is their annual council retreat. Every year, the AUS pays for approximately 50 people — made up of AUS coordinators, club reps and all the executives — to go to Whistler. While alcohol is not covered, all other expenses — transportation, accommodation and food — are fully covered.

“We really see it as a valuable event because it really gives everyone a chance to connect as an arts community,” said AUS VP Finance Marina Tischenko. “We do have quite a lot [of members] and in turn, a lot of coordinators and club reps that we’re working with. So we do see it as a very valuable event for everyone to go on.”

“It’s also a way for us to give back to people who are working basically for free for us, and doing all this great work for the arts student body.” 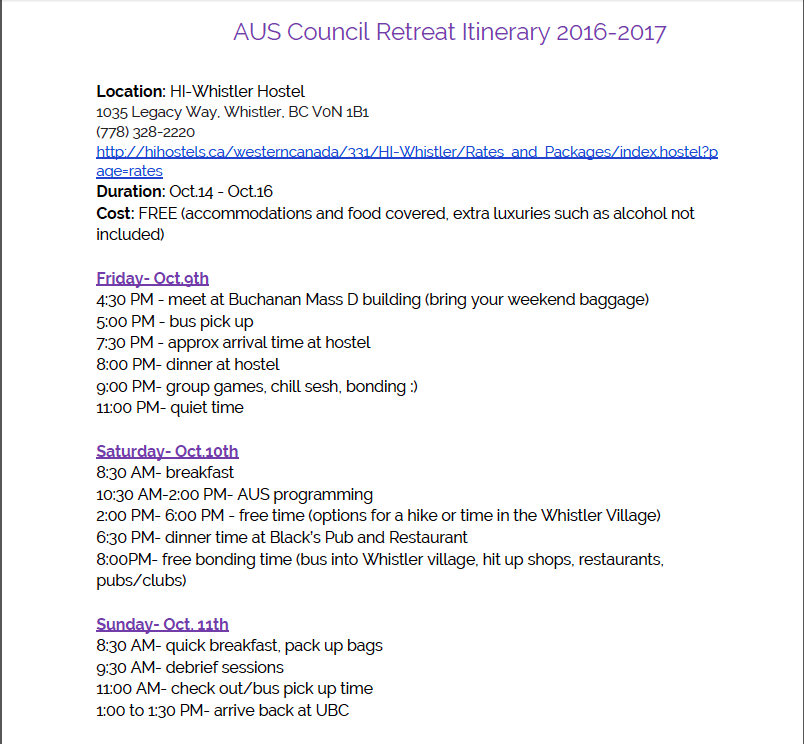 The budget for the retreat — which was $10,000 this year — is determined based on expected cost for the experience. This is $550 more than the social events budget after cuts made because of stARTup.

However, the decision to decrease the student life portfolio over others such as the retreat was made upon much deliberation.

To mitigate concern about the stARTup budget, an ad-hoc committee has been formed within council that will provide recommendations going forward, so according to Tischenko, “this kind of over-spending would perhaps not happen in the future.”

This article has been updated to include a copy of the AUS retreat agenda.