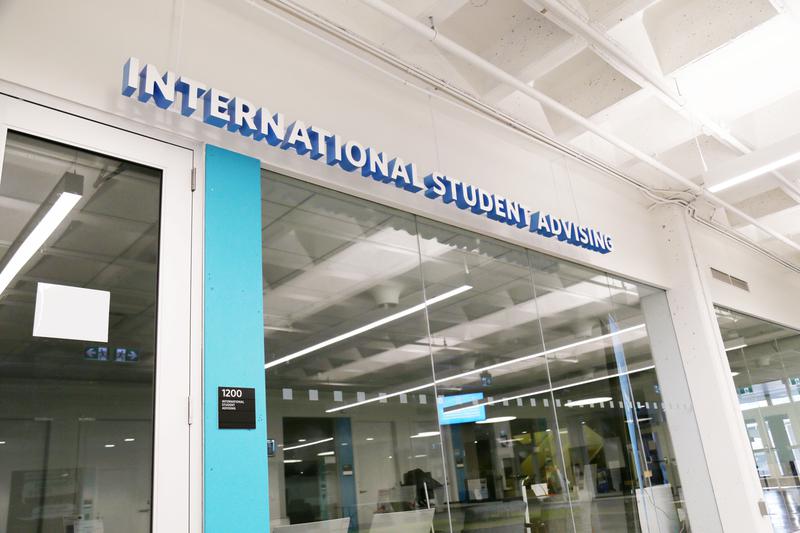 International students stuck in their country due to travel restrictions can use this new documentation option to withdraw from their courses without a W standing.

According to Michelle Suderman, the director of International Student Development and Student Engagement, UBC intended this change to help international students navigate issues arising from not being able to enter Canada. Aside from the previously existing UBC senate academic policy, this procedure was added to ensure that the leave is recognized by Immigration Canada.

Raunaq Nambiar, a third-year student in the faculty of forestry, decided to take UBC up on its offer because of the ban on direct flights from India at the time.

“I would have to go to a third country, do a COVID-19 test there and then fly to Canada ... I would have to apply for a visa for a lot of different countries ... and the price was just outrageous,” he said.

At first, Nambiar planned to wait until the flight ban was lifted and participated virtually in his classes, but he faced issues with live streaming and the time difference so he decided to take the leave option.

Nambiar found the application form “very easy” to fill out but didn’t hear back until the day of the add-drop deadline.

“I had sent this form on September 15. We made it to September 20 and I still didn't hear back from them, and since September 20 is the add-drop deadline I was a little nervous as to what to do,” said Nambiar.

He reached out to academic advising and learned that he had to drop all of his courses first, and then they would be able to approve his leave.

But Nambiar faced more challenges after getting his leave approved.

Nambiar has a housing contract with UBC and wanted to keep his current residence on campus so he wouldn’t have to find new housing in January.

“[UBC Student Housing] didn't know about this leave so I actually had to forward [them] the email that International Student Advising sent me. And that's when they finally said ‘Okay, we understand your situation, we will grant you a one-term exemption.’ And so it was a lot of back and forth,” said Nambiar.

Nambiar also faced issues with his TREK and faculty scholarships. Because he had to drop all his courses, Nambiar lost the amount he was set to receive from TREK for this term, and also almost lost his eligibility to apply again next year.

Nambiar said the awards committees didn’t know how to approach situations like his, other than “outright [making] students ineligible.”

“If I had not appealed, I would not have been eligible for scholarships next year either,” said Nambiar.

However, Suderman told The Ubyssey that for housing, there’s an obligation to give rooms to students on the waitlist — meaning applications that are not being filled would be revoked.

As for the scholarship, she mentioned that these applications are being voided not as a result of the leave policy, but because they are not taking any courses.

However, as Nambiar was required to drop his courses for the leave application to be approved, it’s unclear if there’s a way for international students to take the authorized leave while maintaining their holdings at other units including housing and scholarship applications.

“There’s an extra layer to being an international student,” she said, and again emphasized that the authorized leave option was to “give them one more tool” to navigate through hassles, especially during this time.

Nambiar said this situation has essentially led him to having to “beg to people to exempt [him] from things.”

“It’s tiring after a certain point, I spent the latter part of August begging my professors to do things online, and now I'm basically having to do the same thing again except it's now with staff instead of faculty.”