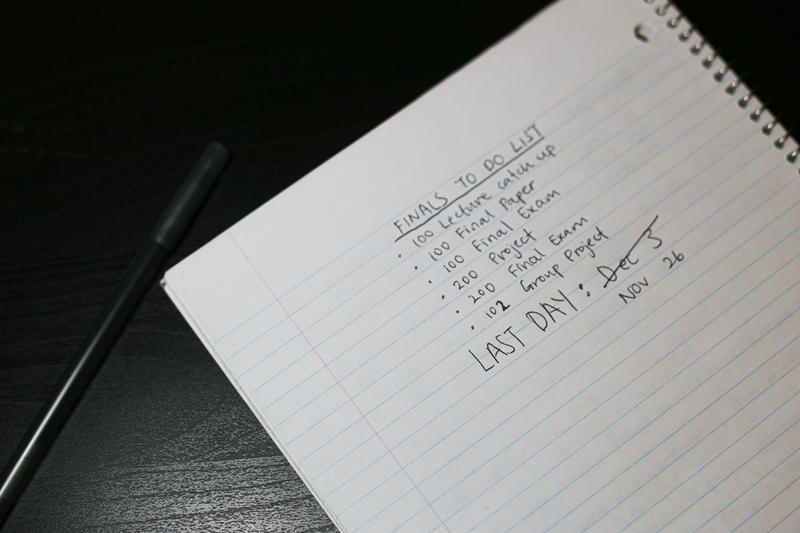 “Most of the people who I know love the idea.” Jasmine Foong

It’s the last week of the semester — but students in Dr. Benjamin Cheung’s class have already had their last day.

In a tweet from November 17, Cheung, a lecturer in the department of psychology, announced that he would be ending classes a week early for all his students.

Cheung, who currently teaches two sections each of PSYC 217 and PSYC 307, said that his decision follows that of his colleague Dr. Lillian May who took the lead and decided to end her semester early first.

“Dr. May was the one who came up with the idea [that I know of] amongst our little group of lecturers. And I thought that’s a fantastic idea,” said Cheung.

GREAT NEWS. I’ve removed enough fluff from my course materials to cancel the last week of my courses. The students (and frankly, I [lol]) need a break. Now everyone gets an extra week! If possible, I encourage you to try too if you haven’t! Thanks @lilymayubc for the inspiration.

Amid concerns about already being one day short on lecture material, Cheung decided to cut down further material to allow his students Monday and Wednesday off of the last week of classes.

His decision comes as UBC Vancouver considers extending winter break by a week to give students and faculty extra time to rest, following decisions to do so at UBC Okanagan and other universities across Canada.

Although the final will still be the same, he has made a few assignments optional and has reduced the number of class participation booster assignments to ease the workload for his students.

“I needed a break as well because this term has been long,” he said. “I think I hear from enough of [my students], who seem to be struggling not so much [with] the content, but with the pacing of everything.”

According to him, the fact that several students continued to send in questions related to optional assignments despite his announcements is indicative of how difficult it is to keep track of everything at the moment, which prompted him to make his decision.

“I think by having fewer classes and fewer things to read, they’re all very happy about it,” said Cheung.

Cheung said that the response from his students has been overwhelmingly positive, with a few students suggesting that more professors should implement a similar step. “Best. Prof. Ever,” someone tweeted in response to his decision.

He added that there’s a possibility that other professors in the department may consider going down a similar path in the future.

“I think that there’s no reason to be against it. Most of the people who I know love the idea. And I think they probably would have tried to do it too, if maybe the idea hadn’t come to them so late in the term,” said Cheung.

“It’s something that I’ve been toying around with for a while. So I had the luxury of time to prepare for it and to work my way towards it.”

This story was updated to clarify that Cheung took the lead of Dr. Lillian May who ended classes early first.