Between the Motions: After lengthy in camera session, AMS Council shoots down a motion to reprimand President for confidentiality breach 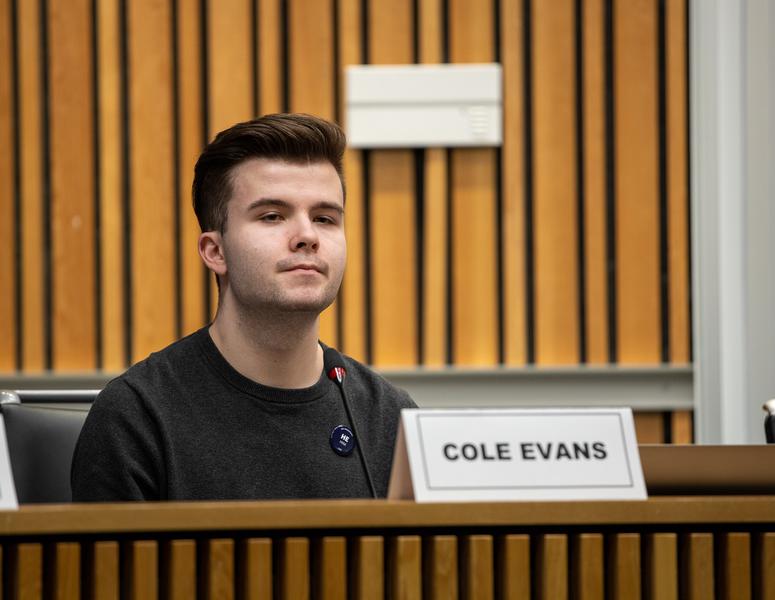 No information was provided on what Evans did to breach the society's confidentiality policy. File Zubair Hirji

A breach of confidentiality

After almost four hours of in camera discussion, a motion from the Ethics & Accountability Committee to “reprimand [the president] for breaching the society’s policy on confidentiality” failed in a 10–17 vote.

No other information was provided.

Council approved the formation of an ad hoc committee to assess how to improve student engagement in AMS elections.

Cooper said the amended version was less “top-heavy” and included more students-at-large and councillors in committee membership to increase student representation. The Chief Electoral Officer and a representative from AMS Communications will also sit on the committee as non-voting members.

VP External Kalith Nanayakkara asked Cooper if the communications representative would be a student staff member or permanent staff. Cooper said the decision would be up to AMS Communications.

The committee will meet throughout the summer to present its findings to Council in September.

Council also approved the Undergraduates of Canadian Research Intensive Universities (UCRU) bylaws in principle, paving the way for the AMS to join the organization.

Council first discussed the bylaws at its January 25 meeting.

Nanayakkara said he passed on Council’s initial feedback UCRU and it had amended the proposed bylaws based on the feedback from the AMS and other student societies.