Written by Andrew Ha and Charlotte Alden
Dec. 3, 2020  ·  Between the Motions 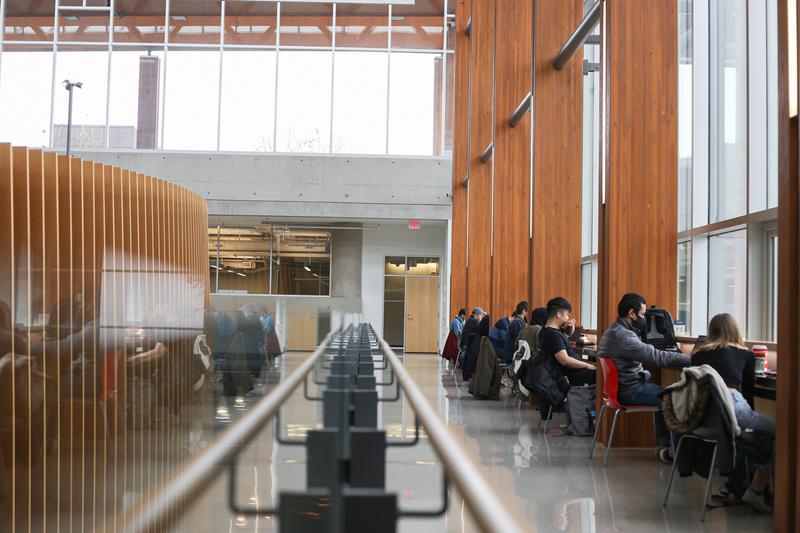 The 2021 AMS elections will be completely online. File Jasmine Foong

AMS Council met on Wednesday night for its last meeting of 2020 to discuss next year’s elections, student services usage this term and the society’s financial statements from 2019/20.

The future is now: AMS elections will be fully online amid pandemic

The 2021 AMS elections will be completely online, after Council approval to suspend portions of code requiring in-person contact at last night’s meeting.

AMS Chief Electoral Officer Isabelle Ava-Pointon presented the changes eliminating all need for any in-person interactions to both run for office and to vote.

Campaigning and candidate form submission will be all virtual. There will be no in-person poll booths — something Ava-Pointon said was unlikely to affect turnout because poll booths are more for raising awareness rather than acting as a voting place.

“I would consider that quite a severe breach of the rules if they’re willing to put their political career ahead of people’s health,” she said.

The financials of walking safely with Safewalk and other services

This year’s services are costing more per interaction than in previous years, something Stone attributed to the pandemic.

AMS Peer Support costs the AMS $449 per student interaction, with Safewalk at about $250 per interaction.

According to a financial overview of AMS services covering May 1 to October 15, 2019, those two services cost significantly less per interaction last year.

Stone justified the Peer Support increase to training costs, and Safewalk’s to the small number of students on campus.

“Costs are generally higher at the beginning because we spent a lot of money on training, so we have a very well prepared team. But we’re now moving into a lot of promotion outreach,” Stone said of Peer Support.

He expects that due to the increase of first years in residence next term, more people will use Safewalk.

AMS Council approved the transfer of $58 thousand from the underspent childcare bursary fund to the Acadia Park community food hub.

“They’re doing it out of the kindness of their own heart, which is absolutely bewildering but incredibly awesome,” Stone said.

The AMS food bank will take over the hub’s operations from Katz in the new year.

The AMS will use the reallocated money to reimburse Katz and purchase childcare supplies such as diapers and formula for the hub.