Between the Motions: In last meeting of 2021, execs present midterm updates 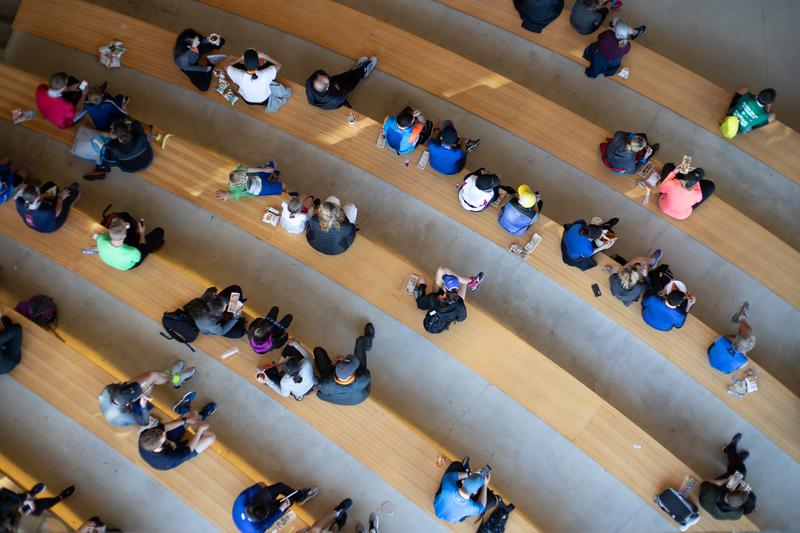 AMS Council met last night for its final meeting before the new year to discuss the progress executives made in the first half of their terms.

Bhangu said she asked for around $700,000 to $900,000 for the creation of a “food hub” to address food insecurity, successfully advocated for a mask mandate and soft vaccine requirements and secured more than a million dollars for lecture capture technology.

Senate representative and former VPAUA Julia Burnham asked Bhangu if there was an update on the campus safety audit and how the Sexual Assault Support Centre (SASC) would be involved in the SC-17 Advisory Committee.

Bhangu said she hoped to finish the audit report in January. “In terms of the advisory group on the SC-17 implementation, I have been touching base with SASC and essentially there will definitely be a seat on that group among various other stakeholders as well,” she said.

Burnham asked Evans how he was going to support electoral engagement next year. This year’s election had four uncontested executive races, no referendums and a decade-low 6.9 per cent voter turnout. Additionally, the society recently terminated the chief electoral officer at her request.

Evans responded that his first priority was ensuring the elections team is supported while the chief electoral officer role is vacant. “I'm not participating in the upcoming election cycle, so I am going to focus most of my attention on getting people enthusiastic about running,” he said.

During his presentation, VP External Saad Shoaib mentioned his work on federal and provincial lobbying and advocacy, as well as housing affordability. Shoaib said he got commitments from both the Liberal Party and the New Democratic Party to permanently overrule interest rates on federal student loans.

Finally, VP Finance Mary Gan said she had successfully increased the health and dental plan subsidy allocation to $100,000 from the previous $50,000. Gan added that she was working on an AMS fee restructuring planned for the spring to reduce or eliminate student fee levies.

There were no updates from VP Administration Lauren Benson as she is taking a personal leave of absence.

Demand for AMS services up from 2020

Prost voiced concern about the increase in demand for the AMS food bank, which had more students access it each year since 2019.

“Ten years ago we had double digits numbers of visits and now we're in four digits, which is extremely concerning and guides a lot of the work that we do with the university,” said Prost.

Burnham asked Prost how Peer Support was responding to the drug poisoning crisis in the absence of Vice, an AMS service that provided support and outreach focused on addiction. Vice and Speakeasy, a peer counselling service, were merged into Peer Support last year.

Prost said that the kind of support Vice offered still exists under Peer Support. The new service has two different branches, one focusing on outreach like Vice used to do and the other providing peer support to students.

“Peer Support is still trying to find its footing and its new identity. There's a lot of work being done with social media ... but there is still more work that needs to be done in creating that clear distinction,” Prost said.