Between the Motions: VP admin taking leave of absence, president to assume duties 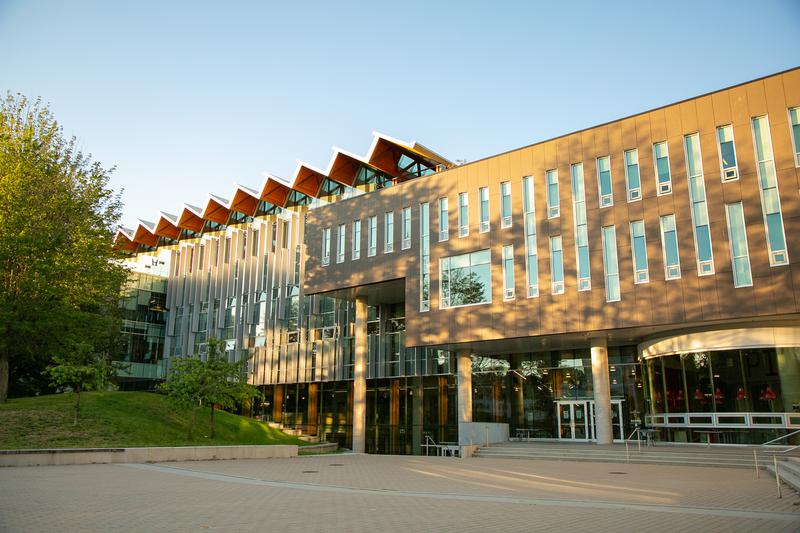 The last AMS Council meeting of November rang in the holiday season with plenty of announcements, approvals and debates. File Isabella Falsetti

The last AMS Council meeting of November rang in the holiday season with plenty of announcements, approvals and debates.

New developments came through on AMS Council personnel, Get Thrifty’s planned expansion was approved and councillors discussed postering for AMS election candidates, among other issues.

Here are some of the highlights.

President Cole Evans announced that VP Administration Lauren Benson will be taking a temporary leave of absence from her position, effective immediately. Her leave will last until at least January 9, 2022.

Evans cited medical reasons to explain Benson’s departure. In her stead, Evans will be taking over VP administration responsibilities.

An interim VP administration will not be appointed due to a lack of bylaws to do so, and Benson still technically being in her position. Evans served in the position before being elected to the presidency.

“There’s decent work to be done to get everything up to speed in that portfolio, but should be easy to take care of as I have experience in that area of the jungle,” Evans said. “Looking forward to getting back to it.”

One emerging issue in this portfolio is the Hatch Art Gallery. Art History Students’ Association President Yasmine Semeniuk told Council at the beginning of the meeting that the arts community at UBC has struggled to get in contact with the AMS in order to restart exhibits in the Hatch. The most recent exhibit was put together with little help from the society.

Get Thrifty expansion on the way

AMS Council voted to approve Get Thrifty’s plan to expand its storage space, as well as the lobby of the Norm Theatre, or the soon-to-be-named AMS Auditorium. The proposal, which has been discussed for several months, will proceed as soon as possible.

The project will remove existing partitions and booths outside the theatre, creating more space for students to congregate before films. A by-product of these actions will be more room downstairs for Get Thrifty, which has struggled from its lack of space in the basement of the Life Building. The entire process is estimated to cost the AMS roughly $337,000.

Use of available space in the Life Building had been a point of dispute between Get Thrifty and the AMS prior to the previous meeting. AMS President Cole Evans feels that the now-approved plan is an effective compromise.

“This is sort of the next step, especially after Council asked us to find a solution,” said Evans. “...This is that solution.”

The vote passed without objections from councillors. The project is expected to be completed by summer 2022.

Chief Electoral Officer Oscar Yu motioned to reinstate on-campus posters as a legal means of campaigning for AMS elected positions. The AMS banned posters ahead of the 2020 elections. This proposition was met with fierce opposition from Board of Governors rep Max Holmes, VP Academic and University Affairs Eshana Bhangu and Student Senator Julia Burnham.

“It’s pretty unsustainable,” said Bhangu. “Also, it just takes an insane amount of time for an individual candidate walking across campus all the time … I don’t see a lot of value in having it back.”

“A lot of thought was put into banning posters,” said Holmes. “I understand there’s probably some thought that’s been put into this recommendation. However, there’s no report really included with it that shows the thought that was put into it.”

Posters were originally banned due to the amount of issues they caused for candidates and the Elections Committee in dealing with campaign infractions. They were also considered to be an unsustainable use of paper and caused pettiness and anxiety between candidates.

The motion was referred back to the Elections Committee for further consideration.