Between the Motions: Movement on AMS Auditorium, Get Thrifty expansion at open part of November 8 meeting 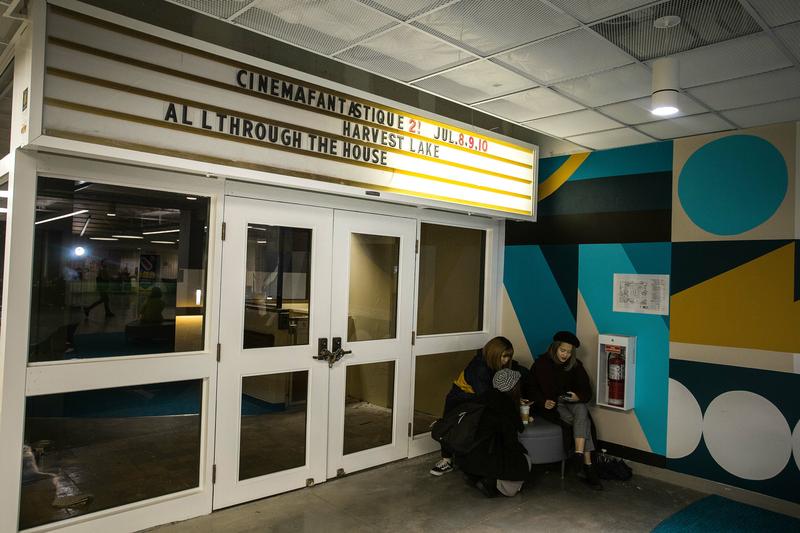 The current proposed budget for the AMS is $337,000 — a cost to come out of the Capital Projects Fund. File Ryan Neale

After two hours of an in-camera session discussing a matter of “employee conduct,” AMS Council lost quorum at around 10:30 p.m. on Wednesday night.

Before the extended private conversation, the Council saw a presentation on the execs’ plans for the AMS Auditorium and the Get Thrifty expansion.

Get Thrifty has been waiting since August 2020 to expand behind its storefront in the Life Building to allow for more storage space. As this is the same space the AMS wants to use to renovate and expand the Norm Theatre, the on-campus thrift store has continued to face delays.

At Wednesday night’s meeting, President Cole Evans presented current plans on the project and said after working closely with Get Thrifty, they “found a lovely solution.”

The current scope of the project will include an expansion of the Norm Theatre lobby located in the main floor of the UBC Life Building — to demolish existing partitions, concession and ticket booths to install a new layout for extending the lobby floor. This will still allow Get Thrifty to expand and create a storage space below, located on the lower level of the UBC Life Building.

“That was a sort of compromise we figured out because Get Thrifty wants to expand as much as possible on their level,” said Evans.

According to the meeting in June 2021, Evans presented plans to recreate the Norm Theatre as a space to screen movies, host live theatre and potentially host lectures on off-peak hours — a “multipurpose theatre for the performing arts and beyond.”

Construction of the theatre lobby is predicted to cost a total of over $3.2 million, but ideally, the society would only have to contribute between $300,000 and $600,000 toward it, Evans said in June.

The current proposed budget for the AMS is $337,000 — a cost to come out of the Capital Projects Fund. Part of that total will be paid off over a number of years from the Permanent Thrift Shop Fee. However, Evans says the final cost is likely to be 20 per cent to 30 per cent lower.

Evans also says they are working on an application to the Canada Cultural Spaces Fund (CCSF) for a government grant of $1.7 million.

“[The completed application] has been delayed a little bit as we've been working on some revisions to the plan, mostly factoring in this expansion project,” said Evans.

According to their June 2021 meeting, the university had verbally committed just under $1 million to the project.

The estimated completion is Summer 2022.

“[But that is] if we can get everything signed, sealed and delivered on this project by the end of this month, which would allow for Get Thrifty to be operating in their new extended space for the start of the next academic year,” Evans said.