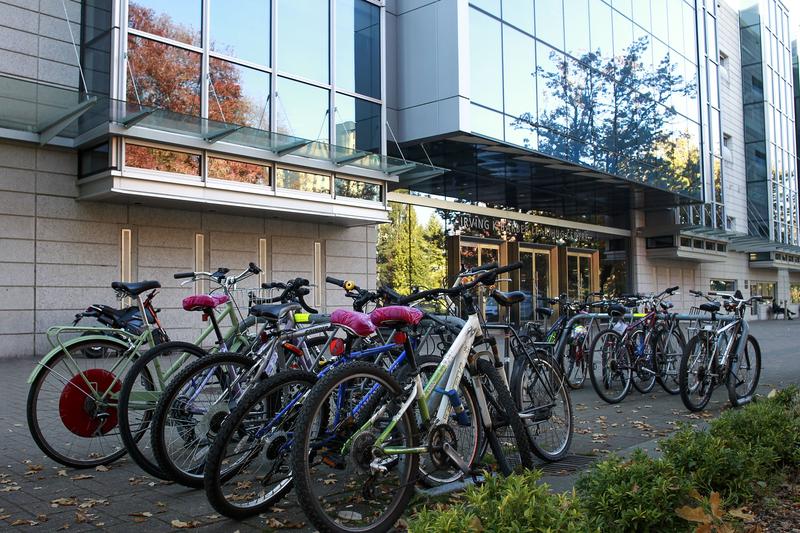 Bike theft has been on the rise this school year, and it doesn’t look like it’ll be dropping anytime soon.

According to UBC Media Relations Officer for the RCMP Constable Kevin Ray, there were 46 reported bike thefts this September, compared to 36 in September 2017.

According to Executive Director of Campus Security Rob McCloy, a spike in thefts during the start of semester is unfortunately nothing new.

“That’s not unusual for this time of year. New and returning students may be bringing new bikes onto campus, and the increased traffic to and from campus generally means more opportunities for potential thieves.”

According to the 2017 Campus Security report, bikes were the most commonly stolen item on campus. Of the 125 bikes stolen, a full third of thefts took place in September and October and 40 percent were stolen from residence areas.

High-risk areas of bike theft were the Student Recreation Centre and Buchanan during the day. Residences such as Totem Park, Orchard Commons, and Walter Gage were more prone to theft overnight.

Constable Ray advises students to take pictures of their bikes and serial numbers, register with 529 Garage—a community watch for bikes—and to avoid leaving bikes out overnight.

Sometimes, thieves settle for less than the full bike. The Bike Kitchen has seen an influx of students come in for replacement parts removed from locked bicycles.

“Two weeks ago, we had six people in thirty minutes show up with stolen wheels, forks, handlebars, stems. It’s been really bad recently, usually the spike is in the beginning of the semester in September,” said Alex Alvarez, manager of the Bike Kitchen.

“It usually dies down as people get their stuff stolen and figure out what to do with locking. But this year it’s just continued, and we’ve been seeing it a lot...We’ve had some people come in where they had their bikes locked up side by side, two friends going to study and both their rear wheels are missing,”

“It’ll be one bike rack at a time. So everyone on that bike rack gets their handlebars stolen or everyone gets their forks stolen, and that person works super quick.”

“There are no good resources for where to learn to lock up your bike,” said Alvarez” ”

“Using a cable from Canadian tires is really not going to do it. I can steal your bike in five seconds with a set of bolt-cutters.”

To keep bikes safe, Alvarez recommends learning how to properly lock a bike and investing in a heavy-duty U lock, which usually require power tools to open. He also advises students to never leave their bikes on a rack overnight and to visit the Bike Kitchen to learn more tips on general bike safety.

“We try to make this a nice welcoming space where folks can just walk in and ask questions,” Alvarez said.