Board of Governors back-channeling slammed by Gupta and Faculty Association 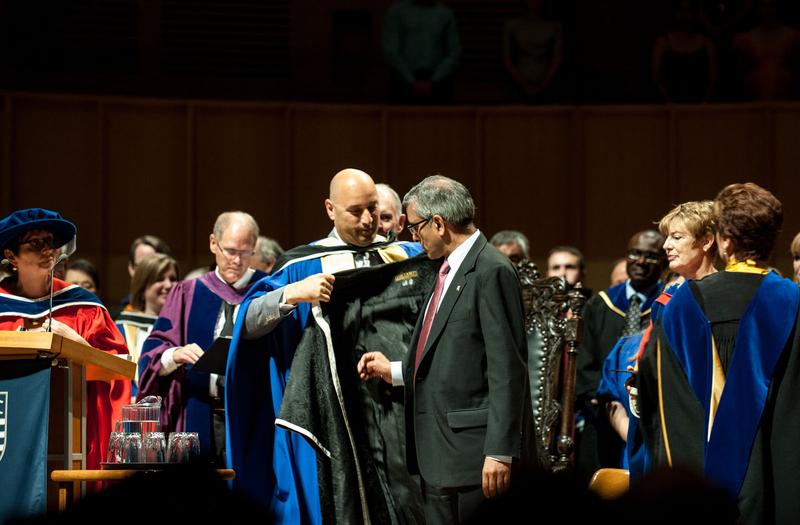 While an altogether unflattering image of former UBC President Arvind Gupta was presented on Wednesday by the documents the university inadvertently leaked, the university’s Board of Governors emerged from the scandal by no means unscathed.

In an interview with The Ubyssey, Gupta noted that the manner in which the Board of Governors operated impacted on the communication between himself and the board.

“We had lots of discussions over and over about vision for the university and what direction we should be taking,” said Gupta, maintaining that this vision was something he had been very clear about since the beginning of his term. “In the summer, I began to realize maybe there was some back channels developing where some of the people who were uneasy about this direction were back-channeling into the board about what they were saying.”

According to Gupta, an ad hoc committee of select board members had been formed to discuss these concerns — emphasizing that it was a sub-group of the board, not the whole board.

“My understanding is that not all members knew that committee had even been formed,” said Gupta. “I was told that this ad hoc committee had met, they don’t have confidence in me and then I had a tough decision to make.”

Compounding this issue was Gupta’s claims that he did not have access to the Board of Governors as a whole. “I asked, ‘Can I talk to the whole board?’ and I was told no. So it was clear to me that I had one of two choices — either I step down or I have a public battle with the subgroup of the board.”

The apparent back channels were not something he had expected. “I had understood that, at times, [board members] may have met without me, but I was pushing back on that,” said Gupta. “I had talked to the board secretary that any board committee has to involve me.”

The concern for the transparency in which the Board of Governors does or does not operate is shared by UBC’s Faculty Association.

“Information that has come out from freedom of information requests, as well as Wednesday’s leak of documents, has justified our concern that the Board of Governors had acted via secret, in-camera processes,” read an open letter from the Faculty Association (FA), published today. The group representing UBC faculty is now calling for an external review of the board.

“It’s not just about [an] image of PR, it’s actually about how we reset what’s been going on and rebuild a proper public accountable governance system at the Board of Governors level,” said Mark Mac Lean, president of the FA, in an interview with The Ubyssey.

The same in-camera meetings criticized in their letter are also slammed for taking place off campus and not being recorded in any way on the board’s website. Mac Lean identified that it is problematic that the operational set of procedures followed by the Board are not known to the general public — or are even written down.

“It sort of looks like we’re governing by the seat of our pants,” noted Mac Lean. “When you don’t have any actual written procedures, everything seems to be managed by this kind of oral knowledge – leaves you with the impression that it’s all kind of made up as we go along.”

Much of the letter deals with the fact that, despite scathing criticisms of his term by former board chair John Montalbano, no formal review was undertaken to assess Gupta’s performance or leadership ability.

Much like Gupta himself, the FA’s letter expressed concern with a lack of communication that could have possibly cut off the breakdown in leadership.

“It is unclear whether Dr. Gupta himself was aware that the series of meetings to which he was summoned constituted a performance review. According to his own statements, he was never presented with any actual evidence of the claims that were made about his performance,” read the letter.

The performance review — or lack thereof — was a sticking point for Gupta, too.

Overall, he regrets his decision to resign and wishes he had pushed back harder against the small group of board members.

“Those are tough decisions to make,” said Gupta. “You don’t have a lot of time and leeway in making them and I thought, instead of having a public battle, it would be better to step down and for the board to choose a new leader and hopefully have a smooth transition. Frankly, I couldn’t predict the turmoil this would cause.”

In the midst of this turmoil, UBC is still having to conduct a presidential search.

According to Aaron Bailey, AMS president and a member of the search committee for the next president, they search has been on schedule partly thanks to the efforts of chancellor Lindsay Gordon of keeping the community engaged and on the timeline.

It’s a definite possibility that search may now be affected in terms of the quality of candidate they attract, said MacLean.

“For high-performing people that we hope to get, the kind of calibre we’re looking for, they may be up for a certain amount of building and re-building, but they have to know that they’re coming into a context in which they’re going to have the support of the Board for that and that’s really what’s at question here,” he said.

This article has been updated to include comments from Mark MacLean.