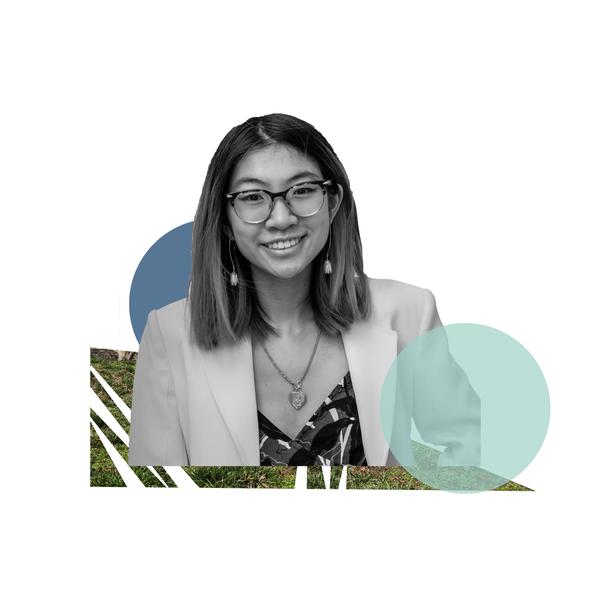 Yee said that she’d prioritize what matters most to students. Jasmine Foong

Current AMS VP Academic Georgia Yee is leaving the student society in a bid for a seat on the UBC Board of Governors.

Yee broke into student government in spring 2020 after winning the special election for AMS VP academic. Before joining the AMS, she was president of the Place Vanier Residence Association.

Yee is taking an intersectional approach to the issues, with diversity underscoring many of her campaign promises.

“Our commitments to equity, diversity, inclusion should not be positioned against affordability,” she said. “It needs to be one of the key motivating factors for how we improve our approach to affordability at UBC.”

But her platform this year is expansive, as it was in her campaign for the AMS, raising the question of whether she can tackle it all.

Yee said that she’d prioritize what matters most to students.

“Especially what students are facing right now, in the midst of the pandemic, in the midst of an affordability and mental health crisis as well — it’s definitely been an exercise in triaging all of these different actionables.”

This past year at the AMS, Yee led the society’s anti-Proctorio lobby and spoke out against gaps in student housing contracts.

However, her equity promises got less attention. While Yee launched an anti-racism campaign, her plans for equity training for students haven’t come to AMS Council. Yee said in a follow-up message that she had conducted two anti-racism workshops with three clubs for Black students this year.

She also advocated for compassionate academic accommodations, but grading changes and deadline extensions were largely the work of the Senate, which Yee isn’t a part of.

To make university more affordable, Yee said she’d review a gamut of student costs, including tuition, textbooks, housing and ancillary fees if elected to the Board.

She supported the incumbent BoG student representatives’ demands for a student affordability plan and asked for a cohort-based tuition model in the AMS’s budget submission to UBC so students can better plan for their degree.

On the other hand, she criticized the reps for poor student communication, particularly around proposed tuition increases and UBC’s $230 athletics and recreation fee that students were forced to pay in the second term, despite many living far from campus rec facilities.

“A lot of the responses, they get lost in different Reddit threads,” she said. “And I think just having a onestop shop, for example of ‘These are common, frequently asked questions about the university,’ that it’s really important.”

When asked about the UBC Climate Emergency Task Force report that will guide the university’s future climate action, Yee supported the recommendation to create more chances for students to learn about the climate. Above all else, she said, UBC has to keep climate justice front of mind.

“It can no longer be just about the numbers of emissions reductions,” said Yee. “It needs to be about climate justice.”

This article was updated to include that Yee held two anti-racism workshops this year at the AMS.