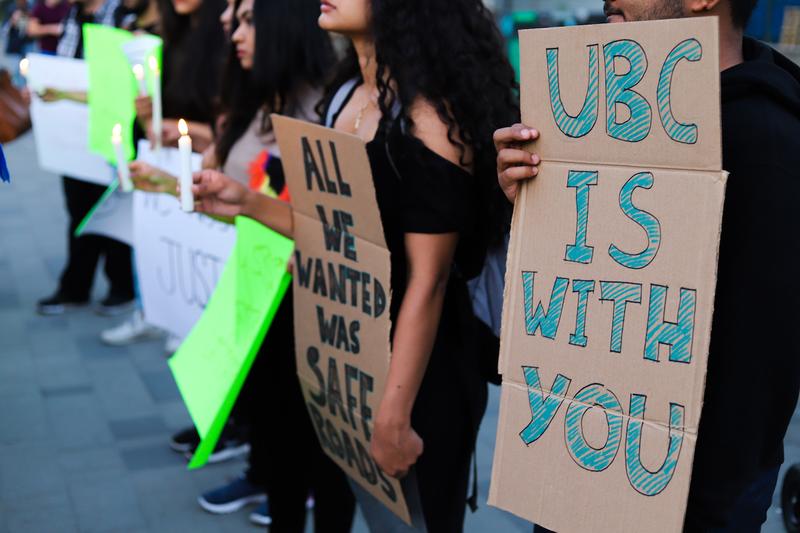 The Bangladeshi Students’ Association hosted a march and vigil at UBC to show their solidarity with youth in Dhaka. Samantha McCabe

The Bangladeshi Students’ Association (BSA) hosted a march and vigil at UBC on Monday night to show their solidarity with youth in Dhaka, Bangladesh who are currently protesting for safer roads.

After the July 29 deaths of students Diya Khanam Mim and Abdul Karim Rajib due to a road accident involving a speeding bus, thousands of people in Dhaka — most of whom are high school and university students — took to the streets to peacefully protest longstanding unsafe conditions. After over a week, people are still protesting, with almost the entire city in a standstill.

Adelina Billur, BSA president and a fourth-year biology student at UBC, said that the association decided to host a march after reading about the days-long protest. But what really solidified their resolve to help was when they heard that the peaceful protests were becoming violent, with reports of both protestors and journalists getting attacked. 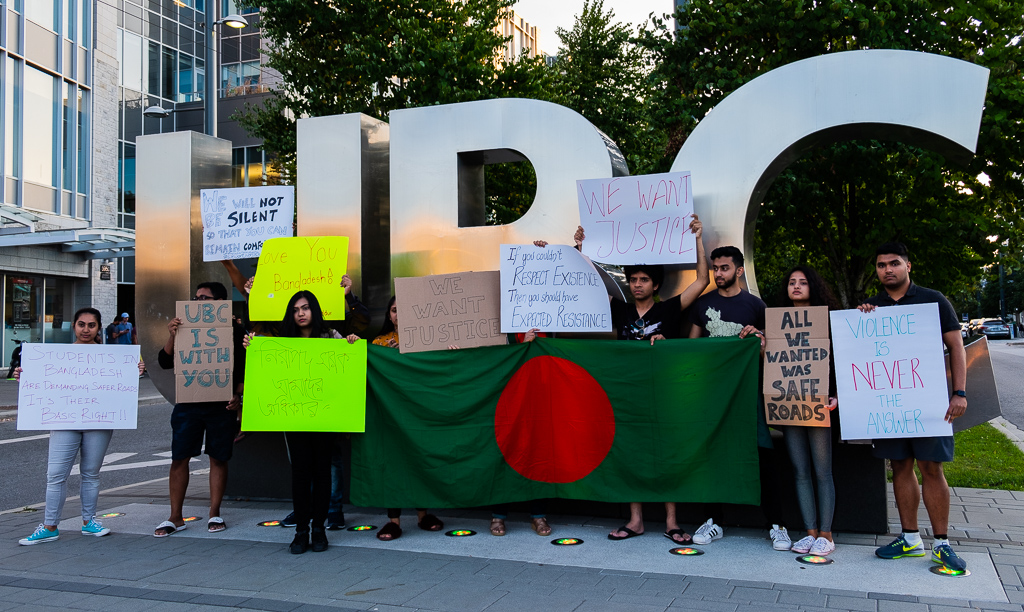 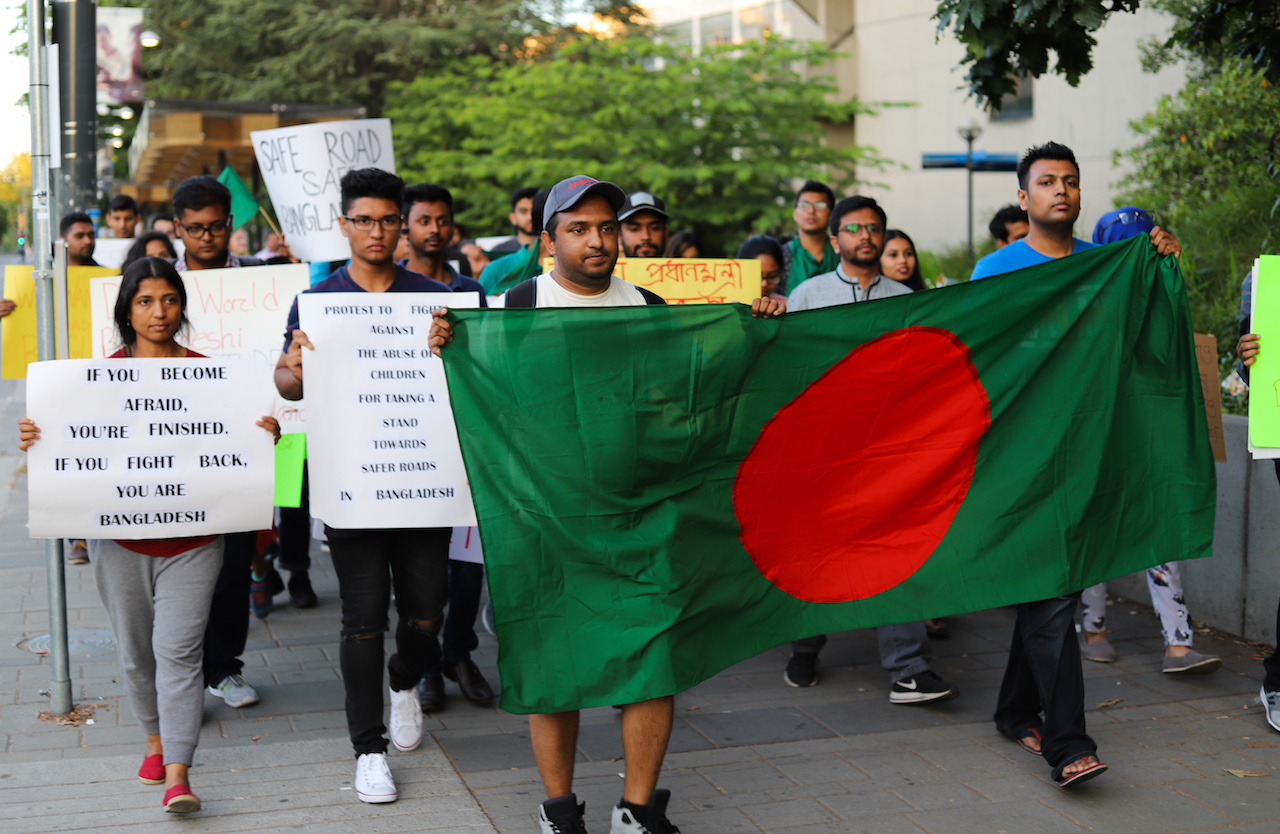 The march to the Martha Piper Fountain. Samantha McCabe

“Like, okay, this is supposed to be a good thing and we’re so proud of [the students protesting]. So why are people getting injured? What’s happening? That’s when we started getting more involved with this.” 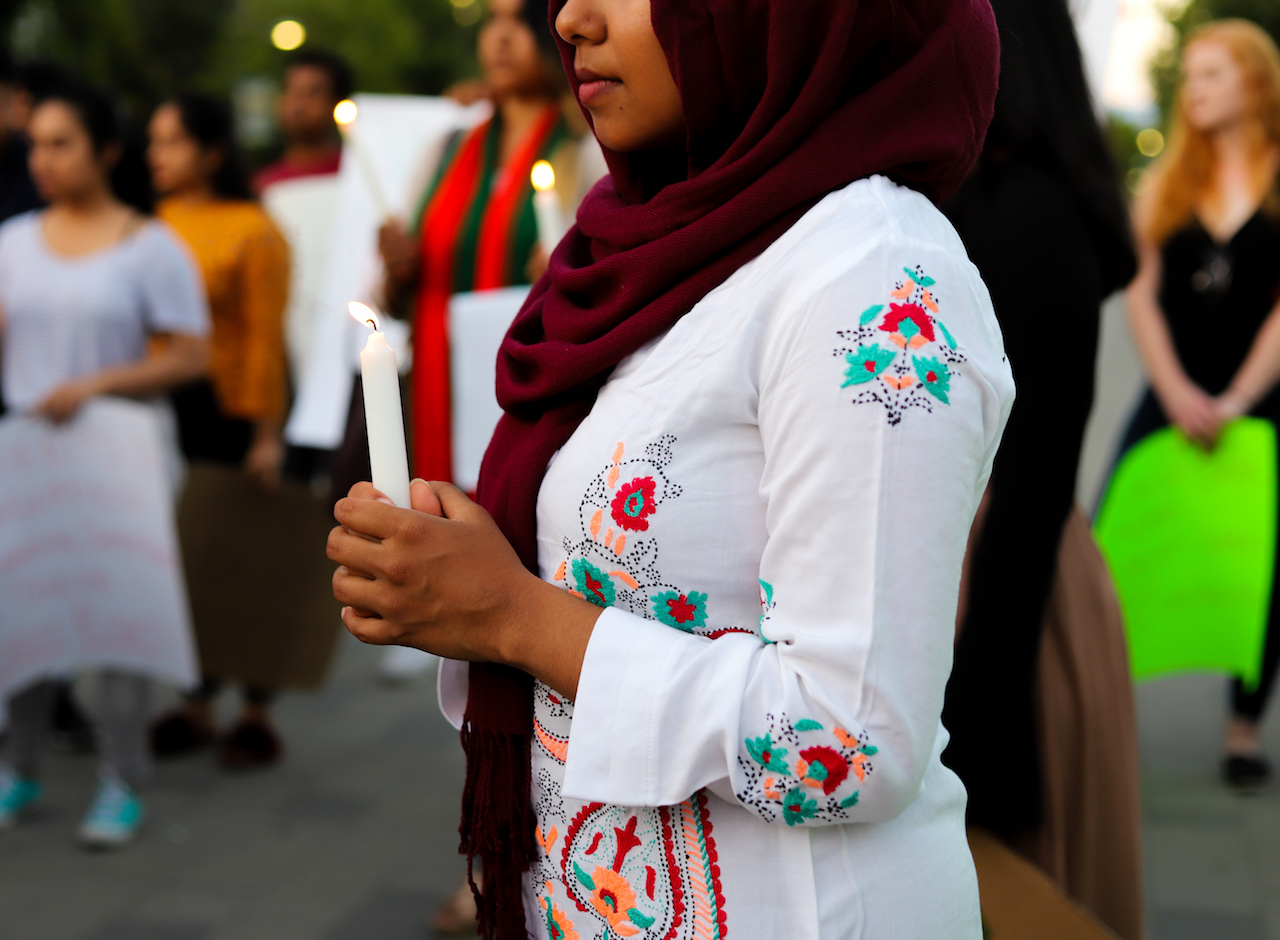 They lit candles and held a short vigil as several people spoke in front of the crowd. Samantha McCabe

A group of about 50 students, recent graduates and community members met at the UBC sign on University Boulevard before marching to the Martha Piper Fountain. There, they lit candles and held a short vigil as several people spoke in front of the crowd. Almost every person in attendance was carrying a sign — many sported the hashtag #WeWantJustice, which is being used internationally in solidarity with protestors in Dhaka.

For many attendees, the happenings in Dhaka ring close to home, as they currently have family there.

“I personally feel like it’s very important that we bring this international attention to this issue, because this problem with the traffic has been going on for a long, long time,” said Khan. 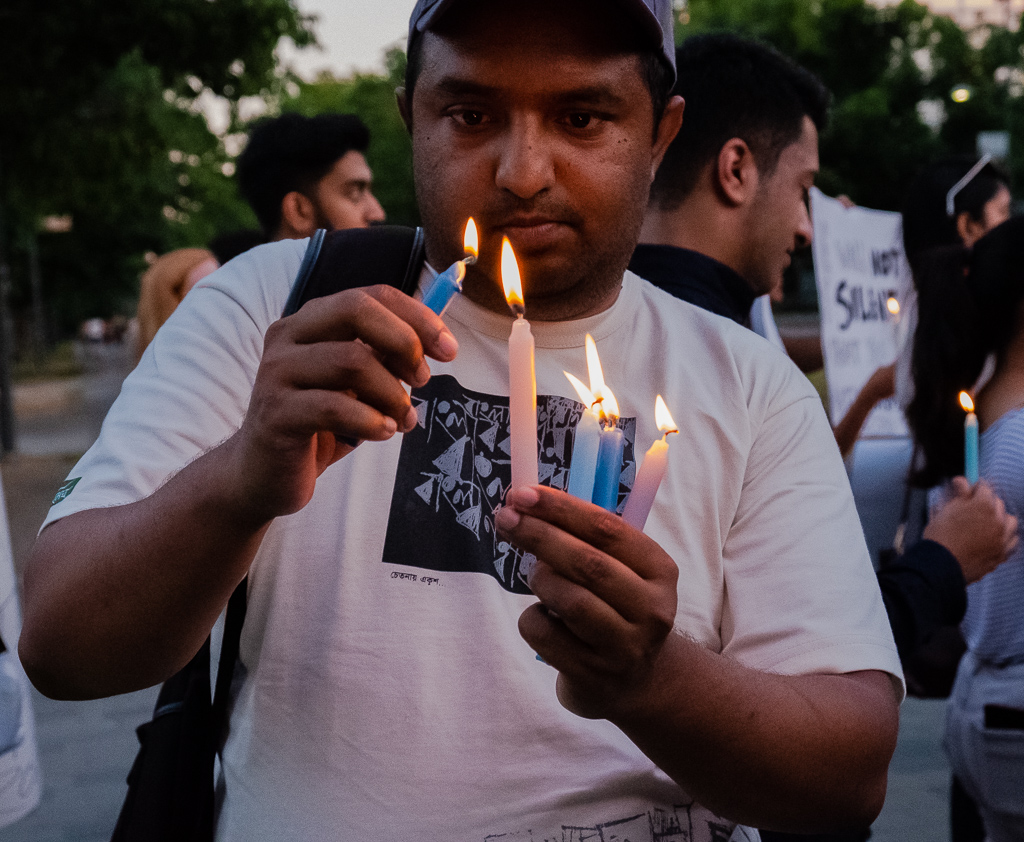 For many attendees, the happenings in Dhaka ring close to home. Alex Nguyen

Bangladesh’s transport systems, in Dhaka especially, are notorious for being dangerous and unregulated — the country reported just over 2,500 road accident fatalities in 2012, while the World Health Organization estimated in 2015 that over 21,000 fatalities occurred.

Both Billur and other community members in attendance then stressed that the event’s intentions were apolitical, and that they are simply supporting the rights to safe roads and peaceful protests.

“We are not a political group,” said one speaker. “We are just normal people, and we love Bangladesh.” 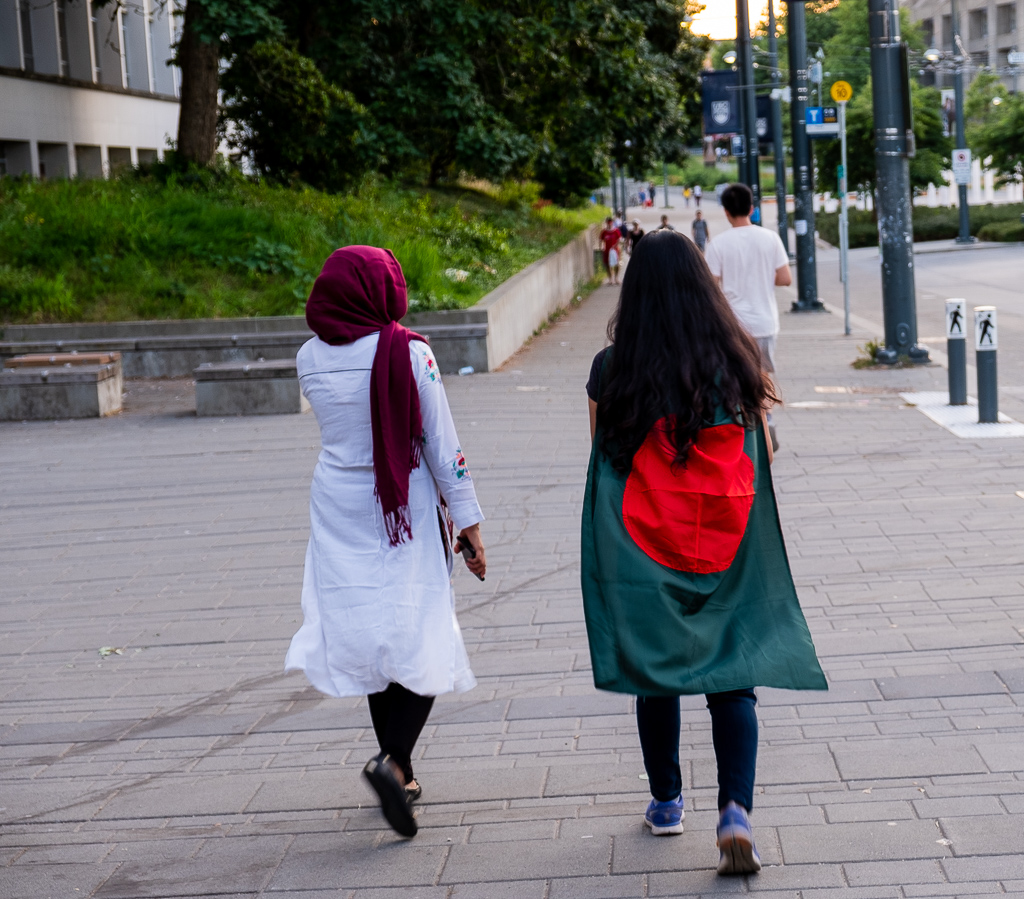 “We are just normal people, and we love Bangladesh.” Alex Nguyen