Written by Charlotte Alden and Andrew Ha
May 14, 2020  ·  Between the Motions

The meeting was the first with the new executives. Andrew Ha

Around 50 participants packed the Zoom call as they sat through 6 hours of discussions at last night’s virtual AMS Council meeting.

Nest to reopen May 19

As the province announced its plan to phase out of social distancing over the upcoming months, the Nest will reopen to students next week.

AMS President Cole Evans announced that the AMS is taking a three-stage approach to reopening the Nest, with stage one to begin on Tuesday, consisting of some take-out dining, optional office work, some services resuming and very limited building amenities.

AMS-owned food services Blue Chip, Honour Roll and The Gallery will be opening for takeout — Blue Chip on May 19 and the latter two on May 25.

Some AMS services will reopen, with SASC resuming in-person services from Monday to Thursday, 10 a.m. to 4 p.m.

There will be signage on exterior doors labelling entrances and exits, as well as limiting elevator use to accessibility purposes.

Councillors raised concern over the health of AMS businesses during closures and traffic flow, especially on narrow staircases.

Managing Director Keith Hester said that as of now, signage and traffic direction will only exist at entrances and exits, but the society will look into putting them throughout the building if needed.

“The corridors within the Nest and the open areas are large enough to accommodate social distancing assuming we don’t have a deluge of thousands of people in the building,” Hester said.

Evans presented the plan for a new SASC office, a “landmark project,” projected for fall completion if passed at the next council meeting.

According to Evans, the project was developed with SASC workers to solve issues with its current space so decentralized.

“The main staff feedback we’ve gotten from the team … is in the current space there’s reduced confidentiality due to the proximity to the elevators and it’s a really busy hallway,” Evans said.

The current location also limits the potential for growth for SASC due to space constraints, a lack of soundproofing for the support room and students frequently mistaking SASC for the Health & Dental office. 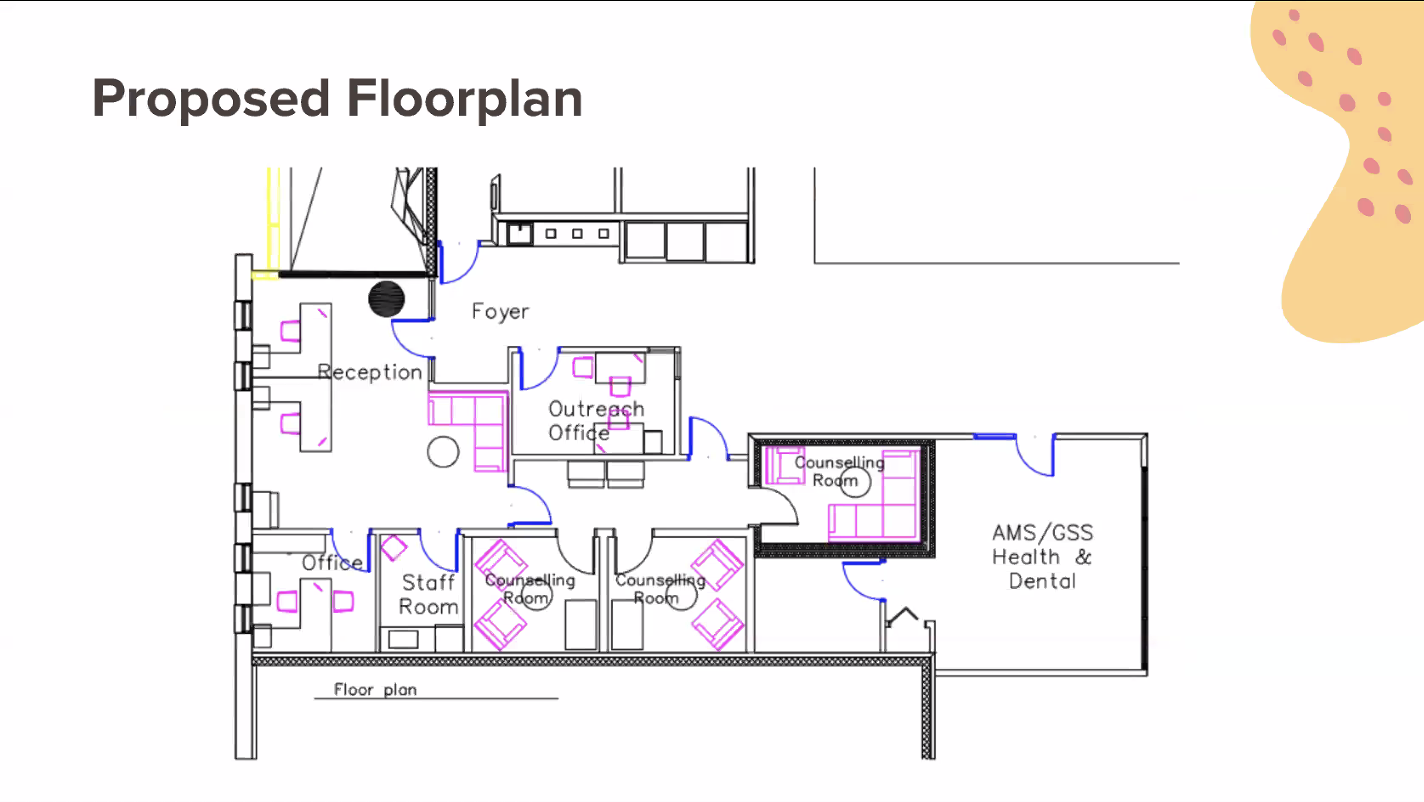 The design objectives, as outlined by Michael Kingsmill, AMS project manager and design services, aim for the space to be “visible yet invisible,” have “acoustically-isolated” support rooms and be “inviting and functional.”

“We’re defining sustainability as the ways we can create a resilient community,” said Stancer. “We will accomplish this through the use of a systems approach that … incorporates the three pillars of sustainability: social, economic and environmental.”

Councillors raised concern that the AMS could consult with other Indigenous groups on campus, as well as with tracking and accountability measures for the plan.

With the bulk of the meeting spent navigating a new voting system for committee appointments, here are the appointees.

Speaker Kareem Ibrahim began playing final Jeopardy! music during voting periods, the length of which councillors pointed out is especially rough for students at large attending the meeting.

“I’m sorry for our Students at large too, more reason this process should never be done this way ever again,” said Board of Governors and Senate representative Max Holmes in the chat.

This article was updated to reflect that Crystal Derakhshan was appointed to the HR Committee, not Crystal Lin. The Ubyssey regrets this error.