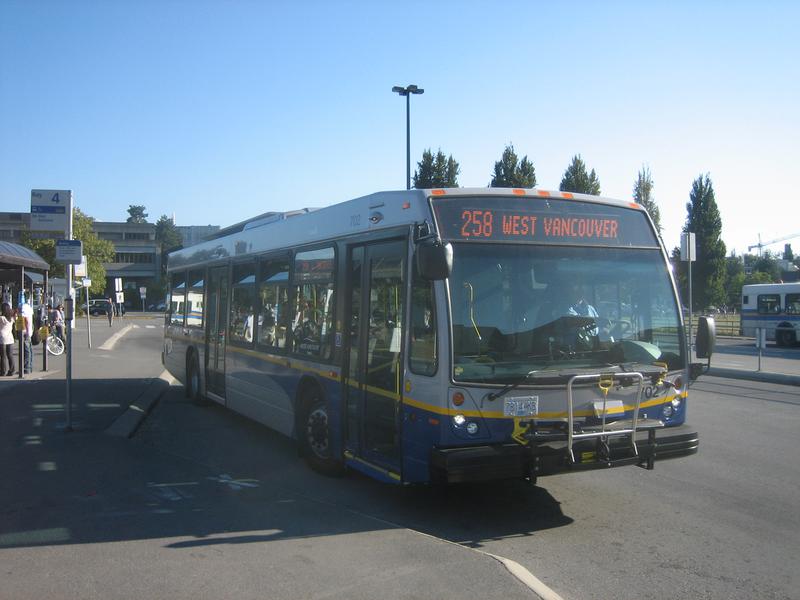 UBC students travelling to and from the North Shore may have to look for alternative ways to get to campus as the first winter term gets underway.

Service for the 258 express bus will not resume for the start of the school year this September, with TransLink citing low ridership and the need to address busier routes. The 258 provided North Shore students a direct route between West Vancouver and the Point Grey campus.

In a statement from TransLink media relations representative Dan Mountain, 258 service “remains suspended because it allows [TransLink] to put service where it’s needed most, which is on routes [they] anticipate crowding may occur.”

Mountain said that TransLink will continue to monitor ridership levels, demand and feedback during the fall.

According to the statement, the 258 was one of the least-used North Shore routes, serving “only 90 customers on an average weekday” in 2019.

“To put that into perspective, [TransLink has] 34 routes that serve the North Shore and Route 258 is 33rd out of 34 in terms of ridership,” the statement continued.

The statement recommended “good viable alternative routes” that commuters can take instead, such as a transfer between the 250 bus and an increased-service 44 bus. According to Mountain, the alternatives “should be within four to eight minutes of travel time” when compared to the 258 route.

Heading to UBC on Tuesday from West Vancouver? Our 258 route is still suspended. But there is lots of options on how to get there, the fastest way is typically the 250 connecting with the 44. Check out our trip planner for more info https://t.co/3HWBFDYoJl

Despite this, some students have expressed disagreement with the decision and its reasoning, starting a Change.org petition to advocate for the return of the 258 bus.

“Before COVID-19, the 258 was often crowded and sometimes packed to a point where riders were unable to ride,” the petition’s description says, disagreeing with TransLink’s assertion that the bus was not often used.

Alexandra Zubko, a fourth-year political science student, said that the 258 was a convenient, safe transport option for students travelling from the North Shore.

“You didn’t have to worry about anything,” Zubko said about riding the 258. “You just get on and then your next stop is UBC. So, not having that adds a layer of stress in this difficult time.”

Kyle Kirkwood, a third-year engineering student, also echoed disappointment with TransLink’s decision to cancel 258 service as classes open for the fall. In an interview, he disagreed with the notion of similar travel time on alternative routes, stating that the 258 was “far and away the quickest.”

According to Kirkwood, the absence of the 258 and the consequent need to transfer between bus lines would mean having to wake up earlier than usual and take more crowded routes.

“By cancelling the spots, they’re forcing more and more people on the buses that they’ve already got running,” Kirkwood said. “And with COVID, that’s like more people in crowded spaces.”

Kirkwood, who has spearheaded a campaign with fellow UBC student Maya Hind, has reached out to MLAs, mayors and other authorities to help bring back the 258.

Indeed, some authority figures have shown their support for the resumption of service, including UBC President Santa Ono.

UBC strongly supports the re-instatement of the 480 and 258 buses as they provide an important link in the overall transportation network and an essential, sustainable transportation option for the UBC community.

West Vancouver Mayor Mary-Ann Booth echoed many of the students’ sentiments in a letter to TransLink, which was posted to Instagram last week. Booth recently held discussions with TransLink CEO Kevin Quinn regarding the 258 last week.

In an interview, she said that she only discovered the news from a student on August 19, and expressed disappointment that the news was not publicized well.

“I just said [to Quinn] I was really disappointed,” Booth said. “They weren’t really widely publicizing it because it was a continuation of the suspension. And I don’t see it that way — and he agrees . . . I mean, this, you know, is cancellation.”

Despite this, Booth said she is “quite optimistic” about progress on the issue.

“Kevin Quinn has only been in the job for a few weeks,” said Booth, “but he was very empathetic, really disappointed to hear this and promised to do something about it.”

Booth said that she feels “very strongly” about the 258 bus and would continue to advocate on behalf of the students, noting that the elimination of service would be a “real step backwards.”