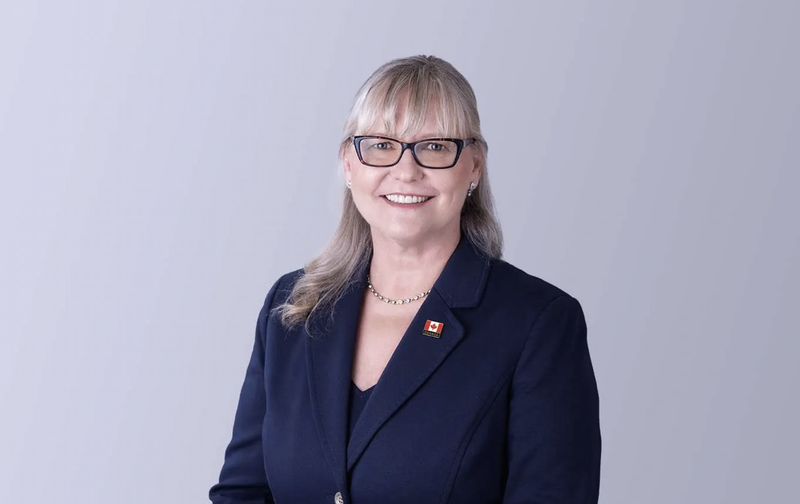 Siekmann said the comparison may make people “uncomfortable or angry” but that it will start a “hard and important” conversation. Screenshot via renatesikemann.ca

Community members are calling on People’s Party of Canada (PPC) candidate in Vancouver Quadra Renate Siekmann to resign after she and her campaign shared flyers making a ”repugnant” comparison between residential schools and vaccine passports.

The BC Assembly of First Nations (BCAFN) strongly criticized Siekmann’s flyer — which includes an image of Indigenous students standing in front of a residential school with the text “Discrimination is wrong. No vaccine passport.” — on Wednesday evening.

“Claiming that a public health measure, such as a vaccine passport, is somehow comparable or equivalent to violent and genocidal practices is harmful and repugnant,” BCAFN Regional Chief Terry Teegee wrote in the Assembly’s press release.

Teegee said Siekmann showed “an immense depth of ignorance and severe lack of judgment,” and expanded his criticism to Canadians in general who believe that vaccine passports are a form of prejudice.

“An inconvenient interruption in your social life to save lives during a deadly pandemic is not discrimination. Ms. Siekmann must be removed as a candidate, and Maxime Bernier must apologize,” he added.

“It is one thing to share your views on vaccines. Comparing ideas of vaccine ‘discrimination’ to the genocide experienced by Indigenous Peoples is something that we cannot accept,” she wrote in a thread on Twitter.

“Shocked at the callousness and ignorance being displayed by this despicable flyer. PPC candidate should immediately stop distributing and apologize!” she tweeted.

Earlier on Wednesday, Siekmann tweeted a photo of the flyer, adding that the comparison may make people “uncomfortable or angry” but that it will start a “hard and important” conversation.

Today my campaign sent out this literature to approximately 52,000 homes in Vancouver Quadra. BC’s history hasn’t always been great, we must learn from the past & improve. This analogy may make some uncomfortable or angry but this is a hard and important conversation to have. pic.twitter.com/YB6UpzihoT

On Saturday night, Siekmann issued a statement saying she would not resign and asking for an apology for “the slanderous statements made against me.”