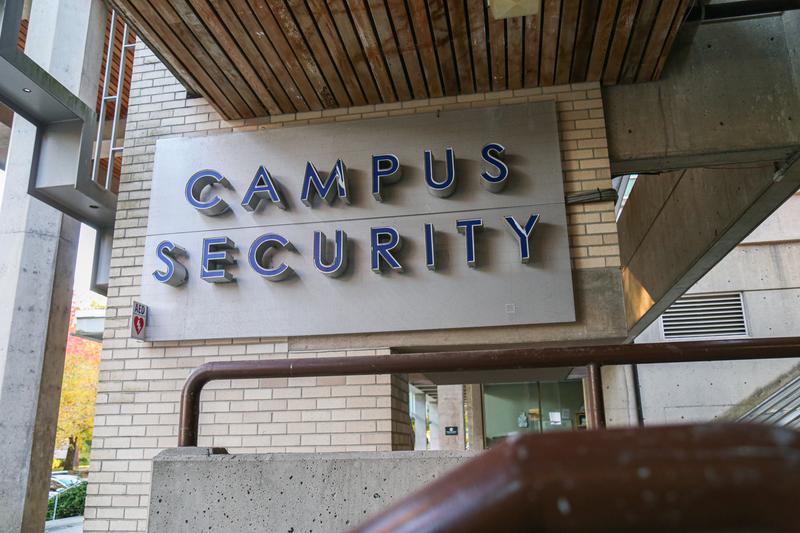 An external review of Campus Security conducted last year found a need to revise security-related policy on campus, implement training and increase diversity on the force — but some doubt the ability of these recommendations to result in the needed change.

Last June, after a second-year Black graduate student alleged that he was racially profiled by a Campus Security officer, UBC President Santa Ono called for an external review of the security team. The review, completed by Toronto law firm Rubin Thomlinson LLP, found unclear reporting processes, a lack of training for Campus Security and issues with the information — or lack thereof — collected about certain incidents on both campuses forces.

In its review, the law firm examined the policies and procedures relevant to systemic bias and institutional racism and compared post-secondary institutions’ procedures in order to provide recommendations to UBC. In doing this, reviewers also conducted interviews with departments, members of Campus Security and “stakeholders” — including the AMS and the Black Student Union.

On UBC Vancouver’s Campus Security team, many concerns brought forward in the review centred around racial profiling. In addition, the review noted an “under-policing” by the force and uncertainty regarding the role of RCMP and Campus Security.

The reviewers recommended that the university improve Campus Security’s standard operating procedures, deal more appropriately with complaints against itself, implement a diversity training program for staff and attempt to increase the connection of staff with campus culture.

The reviewers also noted the lack of race-based data more broadly at UBC. However, the university is launching a pilot project to begin to collect this data.

Sumayya Ahmed, a fourth-year political science and economics student who wears a hijab, said that although she hasn’t personally had issues with Campus Security, it’s essential for them to be diverse and have access to up-to-date race-based data to be fully inclusive and aware.

Published in May of this year, Campus Security has had a summer to begin working on implementing the external review’s recommendations.

In an emailed statement to The Ubyssey, Ali Mojdehi, acting director of campus security, said “a great deal of work” has already taken place in implementing these recommendations.

Campus Security also said in its 2020 annual report that a new formal complaint process against security staff is being drafted.

On a recommendation in the review to train Campus Security staff to familiarize themselves with racial discrimination, racial harassment and racially unbiased policing, Mojdehi said equity, diversity and inclusivity training for security staff is underway and will be distributed in a variety of modules consisting of six Canvas courses.

According to Mojdehi, over 85 per cent of staff have completed the first two modules — on foundations of equity, diversity and inclusion and power and privilege — and are on track to complete the remaining modules by March 2022.

However, alumnus Savannah Sutherland, founder of the UBC Black Student Union, said instead of investing in training modules, UBC should diversify its resources for students by increasing funding for on-site counsellors, extending Safe Walk hours and providing gender and racialized violence support.

She called the external review and the recommendation implementation performative, and said she didn’t think this would result in accountability.

“If UBC does anything well, it’s performance. Nothing they have been doing proves they are an equitable organization,“ she said.