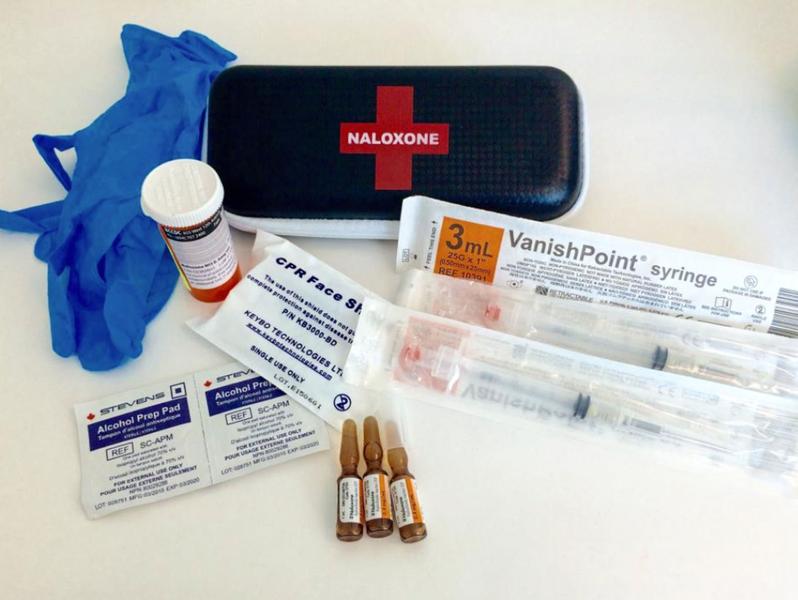 Photo courtesy Toward the Heart

Along with the parties and events in the first two weeks of classes came a warning about fentanyl on campus. Fentanyl, an opioid pain medication, has caused hundreds of overdose deaths and has sparked a public health emergency in BC.

The RCMP told Brian Spencer, president of the Inter-fraternity Council (IFC), that they were alerted of fentanyl-laced drugs coming to campus, said IFC Vice-President Nick Echeverria. The IFC, which is the governing body of UBC fraternities, spread the word to its members and throughout social media, and took extra safety precautions at its events.

“We hired extra security guards. We made it very clear to them that they have to be very thorough in checking backpacks and making sure no UBC students get in bringing open liquor,” said Echeverria. Guards hired by the IFC also ensure no one without a UBC ID enters the village during parties, in addition to prohibiting open drink containers and checking backpacks.

One fraternity, Delta Kappa Epsilon (DKE), went a step further in response to the warning.

“In an effort to be prepared in case something does go wrong, our risk manager Dixon Scott went to St. Michael's Hospital and got trained in the use of the Naloxone kit, which is an anti-opioid overdose kit, in the case that someone was in need,” said DKE President Zachary Starko. “We have not needed to use it, thankfully.”

The anti-opioid overdose kit Starko refers to contains Naloxone, a medicine which reverses an overdose by temporarily blocking an opioid’s action when injected. Opioids such as fentanyl, as well as heroin, morphine and oxycodone, can cause one’s breathing to become dangerously slow or stop altogether in the case of an overdose.

Since the spring of this year, UBC Student Health Services (SHS) has been offering these opioid overdose prevention kits to students for free on both campuses. Any UBC student who uses intravenous drugs and believes that they are at risk for overdosing can pick up an antidote kit without a prescription and get trained on how to use it, said Patricia Mirwaldt, director of SHS.

The training provided by SHS involves a 20-minute video explaining how Naloxone works as well as its benefits and potential side effects. After that, a nurse would train the student in how to inject themselves. If the students who use drugs are accompanied by another person who may give the antidote, they are trained as well, said Mirwaldt.

So far, no students have picked up the antidote kits from Student Health Service.

“There are various places that one can get this from,” said Mirwaldt on the lack of demand, referring to the multiple sites throughout BC that offer the kits. However, apart from some media coverage, UBC has not actively promoted the service. With regard to whether this will change, Mirwaldt said, “We certainly have an open door policy about it and we'll watch over the term and see how it's being used before we make that decision.”

The distribution of antidote kits is a provincial program that has been in place since 2012 in British Columbia. UBC began offering the kits on campus after the provincial government asked people who see young adults to get involved, Mirwaldt explained.

“I wouldn't anticipate it being a popular program at UBC,” said Mark Haden, a professor at UBC’s School of Population and Public Health, noting that university students are not typically considered a population at risk for opioid overdose. “Nevertheless, I think it's important to have it there to make a statement that we care about you. It's basically saying, ‘This is something that we have and we understand opioid addiction.’ It's sending the right message.”

“University students are not immune to opioid addiction,” he added. “It can happen anywhere at any time.”

“It would be silly to think that students aren't exposed to these things,” said Lina Castro, coordinator of VICE, the new AMS service aiming to bring education, mentorship and peer support for student substance use. “A lot of people think it's just in the general public, but it's right here as well.”

Castro said that the SHS and VICE will refer students to each other based on the student's particular needs, and what help they could use for managing drug and alcohol consumption.