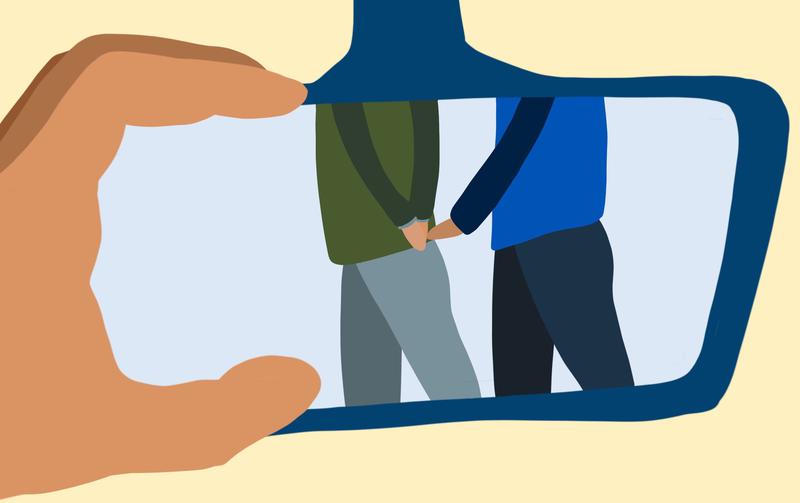 “For a leading research university … shouldn’t we really take this opportunity and seriously rethink what our relationship with China should be?” Lua Presidio

Campus advocacy for Hong Kong has recently garnered more support after the People’s Republic of China (PRC) implemented a new national security law in Hong Kong, leading Canada to suspend the extradition treaty between them.

Though the decision was made at a federal level, the implications can be felt by UBC students from Vancouver to Hong Kong.

“If I were a grade 12 student trying to look for a Canadian university to enrol in, I would have second thoughts about the pro-China stance of this institution. I [would be] afraid that my rights would not be as protected,” said Phoenix Au-Yeung, a member of UBC The Enlightenment of Hong Kong (EHK).

With Britain ending colonial rule in Hong Kong in 1997, Hong Kong fell under the jurisdiction of the PRC which in turn created the one country, two systems policy, an agreement that was intended to be in effect for 50 years.

On June 30, China imposed a national security law in Hong Kong that effectively criminalizes all forms of dissent. In response, Ottawa chose to suspend its extradition treaty with Hong Kong.

Timothy Brook, a professor and Republic of China chair in the history department and Institute of Asian Research at UBC, said that the law was not only “maliciously drawn up, but it was also badly drawn up … hence the huge outcry around the world.”

Due to how new the national security law is, Brook said that Canada is “in a limbo period at the moment in terms of knowing what’s going to happen.”

“I can certainly understand the need for Canada to suspend its extradition relationship … Given the utter lack of reasonable human rights protection in Chinese law, there’s simply no way the Canadian government would want to allow anyone in Canada to be sent to Hong Kong.”

However, treating Hong Kong the same way as Canada treats China would be to turn back on the obligations Canada has had towards Hong Kong for the past 23 years.

“It would be very abrupt to abandon Hong Kong, in [a] sense abandon Hong Kong students, and not treat them as we had, which is as people coming from a jurisdiction separate from the People’s Republic,” Brook said.

In a statement to The Ubyssey, Murali Chandrashekaran, vice-provost international, wrote that the university respects academic freedom and will support all community members, in Canada or abroad.

“UBC is privileged to have a diverse international student body, including many students from Hong Kong, who contribute significantly to the culture and community of the university,” Chandrashekaran wrote.

Since the formation of EHK in September 2019, there has been significant activism on campus for the people of Hong Kong. Petitions, open letters and the Lennon wall dedicated to protestors in Hong Kong are some of many examples of student activism that have taken place on campus.

For UBC students now residing in Hong Kong, fears for personal safety due to the new national security law have hampered activism. Au-Yeung said that she refrains from using video-conferencing platform Zoom out of concern for her safety.

“Zoom has a history of being controllable. It has ties to Chinese surveillance,” she said. The company acknowledged suspending activists’ accounts at China’s request.

Au-Yeung said EHK members in Canada are trying their best to speak up for those who can’t.

“They’re doing their best to maximize their voice because they’re speaking up for people in Hong Kong where this right is being limited,” Au-Yeung said.

“A lot of people claim to be neutral, but on issues that involve … right and wrong and you’re choosing to be neutral, then you’re standing on the wrong side. Because by not speaking up, you’re supporting the oppressor,” said Au-Yeung.

Though Chinese students make up the largest demographic of the UBC international student population, Brook said that the university most likely will not take a stance on the issue unless a UBC student were to be extradited to China under this law.

“UBC has no business really adjudicating the domestic policies of any country,” he said.

‘Where the shadow will fall, I can’t say’

Au-Yeung said that EHK intends to collaborate with other Canadian Hong Kong activist groups and hopes to “focus more on UBC itself” and bring transparency to students about research funding. According to Au-Yeung, UBC should be more vocal in its support of its Hong Kong students by reevaluating what governing bodies it chooses to accept funding from.

“For a leading research university … shouldn’t we really take this opportunity and seriously rethink what our relationship with China should be?” said Au-Yeung.

The immediate ramifications from the suspension of the extradition treaty will be felt mostly by students and professors from Hong Kong, according to Brook, and this is clearly seen in Au-Yeung’s own activism on campus.

“They’re all deeply disturbed by this, and this is going to cast a shadow,” Brook said. “But where the shadow will fall, I can’t say.”