Canadian politics 101: a guide for the 2021 federal election 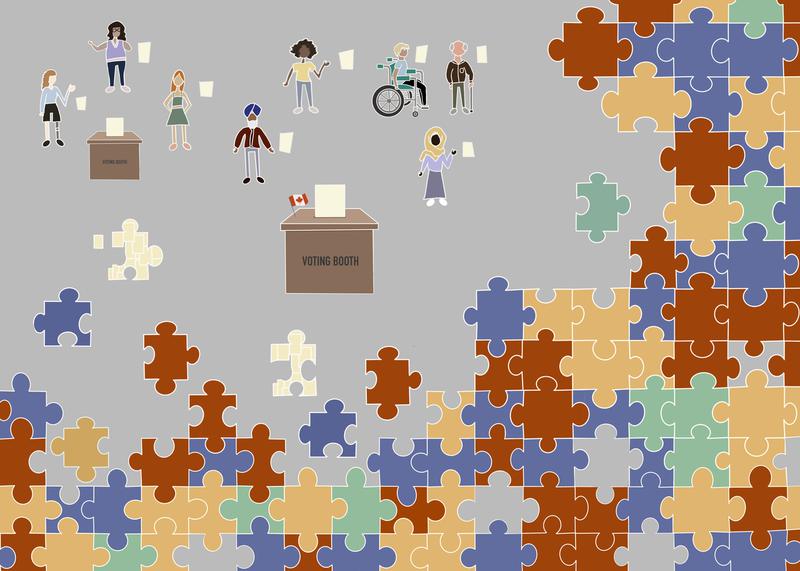 “Make it a priority to vote.” Jasmine Manango

Elections can be hard to navigate. Here are our answers to some common questions about Canadian politics to help you cast an informed vote on or before September 20.

How does the Canadian political system work?

The legislative branch of the Canadian government comprises the House of Commons and the Senate. The House of Commons contains 338 elected representatives called Members of Parliament (MPs), while Senators are appointed by the Governor General on the advice of the Prime Minister.

There are 338 electoral districts in Canada, known as ridings. In the upcoming federal election, each voter will vote for an MP that goes on to represent their respective riding.

Students can enter their postal code at the Elections Canada website to figure out which electoral district they can vote in. If students live at UBC or anywhere west of Arbutus, they fall into the Vancouver Quadra riding.

How is a winner for the election decided?

Dr. Kenny Ie, a lecturer in UBC’s department of political science, explained that voting in the federal election does not mean voters are directly choosing the Prime Minister.

“It’s important to recognize that at the most basic level, voters are not choosing a government, they are choosing a candidate who is going to represent the district that they are voting in,” Ie said.

Once the votes are cast, the winning political party — the party that won the most seats — will elect its party leader to become Prime Minister. If the leading party holds the most seats but not a majority, they could seek support from another party and form a minority government — which is what happened after the 2019 election.

Why are we having another election when one just happened in 2019?

Federal elections usually take place once every four years, so why are we having one so soon?

Ie said there is an institutional reason and a political reason.

The institutional justification, according to Ie, is that the Prime Minister reserves the power to dissolve parliament and call an election upon seeking approval from the Governor General.

“That’s just a power that is the right of the Prime Minister to exercise, and that’s what Justin Trudeau did,” Ie said.

The political justification, according to Ie, is a bit more complicated.

“The political question ... is really an open question,” Ie said. “There was no real legislative reason for it because by all indications, the Liberal Party would’ve still had continuing support.”

Speculation among political science experts and professors has suggested that the Liberal Party is hoping to secure a majority in Parliament by calling an election at a time when the public is relatively pleased with its vaccine rollout and other COVID-19 measures.

How should I prepare for the election?

Most importantly, students who are Canadian citizens and 18 or older should register to vote.

Students can learn more about each major political party by watching the upcoming leader’s debates in both French and English on September 8 and September 9, respectively. The AMS plans to stream the English debate in the Nest, and will host a separate debate for the Vancouver-Quadra candidates on September 8 following the French debate.

When asked whether he had any advice for first-time voters, Ie said to “make it a priority to vote.” Voter turnout among youth has always been comparatively lower, so it’s important for students to exercise their right to vote. Ie also advised students to look at party platforms.

“Look at what [the parties] are saying about issues that you care about,” Ie said. “Think not just about your short-term interests as a student, but long term in the future.”