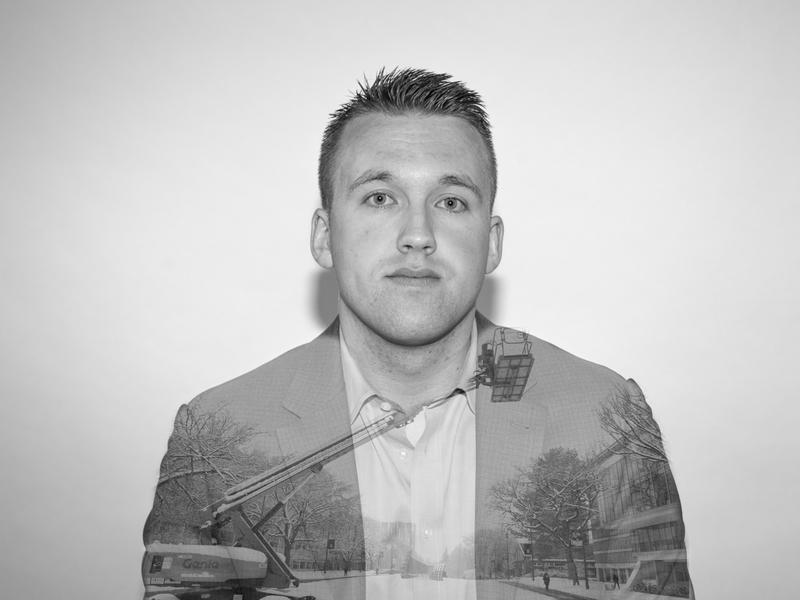 As the current associate VP finance, Tomalty believes he has the experience and knowledge to take on the role. Elizabeth Wang

Fourth-year finance student Jon Tomalty is running for a promotion to VP finance on a platform of sustainability, mental health and improved financial access for clubs and constituencies.

As the current Associate VP finance, Tomalty believes he has the experience and knowledge to take on the role.

“I saw an opportunity to run a platform that was a bit more ambitious and more forward-looking and could make the VP Finance a portfolio that can also lead on social issues,” he said.

After the AMS divested from fossil fuels last summer, Tomalty wants to make investments even more sustainable by creating a separate $300,000 to $700,000 fund for projects that would reduce greenhouse gas emissions.

“It’s not a huge chunk that will greatly impact the volatility of our returns, and it’s a great way for us to make a statement,” he said. “We’re putting our money where our mouth is when it comes to these climate justice issues.”

The AMS Council also recently passed an increase in mental health funding in its health and dental plan from $300 to $500 dollars per student — though the bump is still waiting for approval from the Graduate Student Society.

Tomalty said he is pleased with the progress, but would like to see that funding pushed to $700 to $900 per student.

“This ... would be enough for somebody to be diagnosed, develop a plan for care and go on their way and move on to other means of treatment,” he said. “I think this is something that we need, especially at this university. Every friend that I know either has been affected by this issue or knows someone who has.”

In the debates, Tomalty argued that surpluses from food outlets should go towards lowering students fees. This became a significant point of contention with candidate Lucia Liang, who believes the money should be used to make food more affordable and sustainable.

“As a nonprofit society, our duty is to all our members,” Tomalty said. “A fee reduction is the best way to serve every single member.”

Tomalty also wants to improve club and constituencies’ access to financial information by replacing the AMS’s software, SharePoint, which he describes as “frequently buggy.” He anticipates this being his hardest goal to accomplish because it will require a complete system overhaul.

Tomalty also wants to increase the limit on club and constituency credit cards, as it usually ends up “being too low to be effective” for many clubs and constituencies’ operations.

Ultimately, he believes the VP Finance portfolio is about more than managing money.

“As VP finance, a lot of people think that [with] a budget, what you’re doing is an exercise in balancing numbers, but a budget really is a statement of values,” Tomalty said. “And I think that all these points are places where we can put our money behind our words and behind our actions and advocacy.”