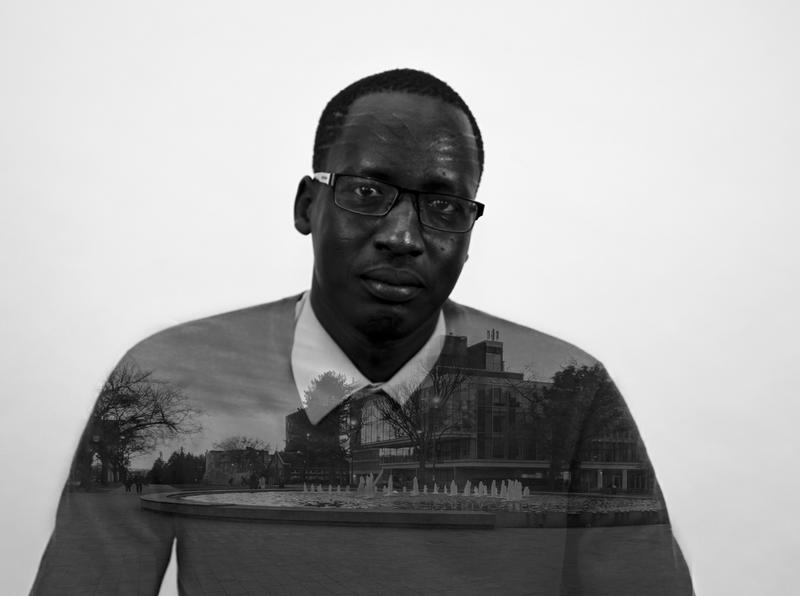 The fourth-year commerce student is running an extensive platform that aims to improve affordability, mental wellbeing, inclusive and collaborative leadership, transparency and climate justice within the AMS.

Notably, he wants to expand the AMS Council to give voting seats to more groups, such as Indigenous students, the Greeks and Residence Associations. He cited the lessons learned from not properly consulting students in making important decisions, like the intense public backlash against the reversed cut to the Sexual Assault Support Centre’s support services.

Akuechbeny acknowledged this goal wouldn’t be accomplished within the next year, because he would still need to consult groups and prepare for a referendum to approve the bylaw amendment.

“That’s something we can’t implement in my time,” he said. “But what I would do is [make] it successful, and then the next person can come up and implement it.”

On climate justice, Akuechbeny said he would use his success in divesting the AMS’s investment portfolio last summer to help other universities’ student unions divest, while also lobbying for the same thing from UBC.

“We have divested, we have good leaders,” he said.

He added that he would use his experience and knowledge as VP Finance to make the AMS more affordable. In particular, Akuechbeny wants to review and shorten the executive budget to reflect the AMS’s commitment to students’ financial well-being.

“When people are worried about affordability, they sometimes have problems figuring out how much that costs and what that means in terms of numbers,” he said.

“For me, I've been experienced, so I would know what those costs are … and I would actually know how [they’re] important for students.”

He believes this is part of what set him apart from fellow incumbent candidate Chris Hakim, who is currently the VP Administration. He added that he has been with the AMS two times longer than Hakim.

But despite his experience, Akuechbeny still stumbled in this campaign period. He received two penalties for using administrator access to reach private Clubhouse email addresses and mass emailing for endorsements without using BCC.

He quickly apologized for the violations, saying that they were honest mistakes.

“I believe that I have all the knowledge and experience, and [am] the most qualified candidate by the way of years of experience,” he said. “… What the AMS needs is someone with good experience, but also willing to make a difference, and I think that's what I bring to the table.”