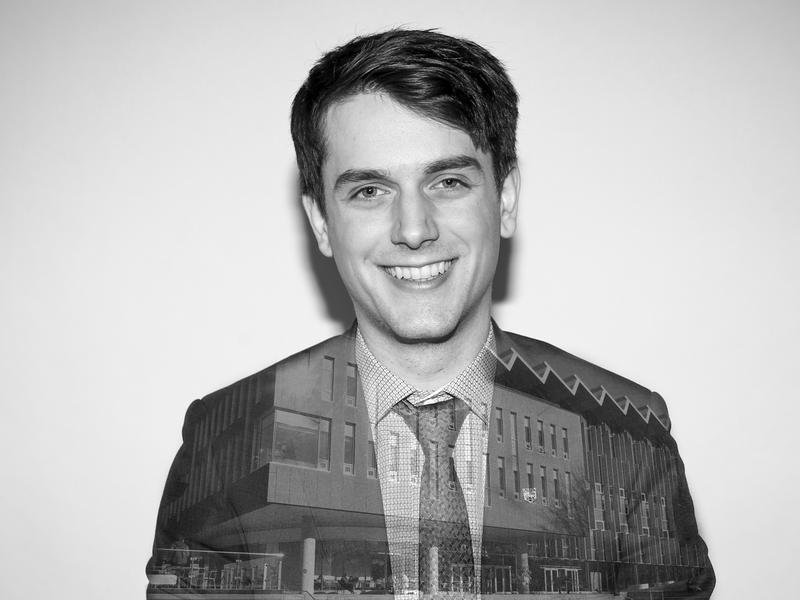 The AMS’s watchdog wants to take his work to UBC's highest governing body.

Second-year law student Dylan Braam is seeking a seat on the Board of Governors (BoG) on a platform of accountability, expanding Indigenous representation and fighting for student transit and housing.

“We’re coming into an interesting period in the Board of Governors, and I think it’s important to have strong student advocates more than ever,” said Braam.

Braam is fairly new to student government at UBC, but has worked in oversight roles since 2011 during his undergraduate degree at Queens.

As AMS law councillor, Braam has a record of publicly challenging the society’s executives when they overstep the rules, which he says reflects the scrutiny he’ll carry to the BoG.

“I’m not afraid to ask tough questions and say some things that need to be said,” he said.

If elected, Braam would push UBC to divest from from fossil fuels and a comprehensive review of UBC’s sexual assault policy.

On Policy 131, Braam says his biggest concern is the lack of clarity for stakeholders like the AMS Sexual Assault Support Centre (SASC).

Braam also wants to start planning for transit disruptions that construction of a SkyTrain to UBC could bring for commuters. If UBC finances the SkyTrain with on-campus with development, Braam says affordable student housing needs to be a part of that plan — and that planning should start now.

“We have a large amount of land that’s going to have a SkyTrain extension on it,” said Braam “We’re going to have a really big bargaining chip, and I think we could be asking for a lot for students.”

That would require the permission of those nations and the provincial government, but Braam thinks the BC NDP would welcome it.

“If the University of British Columbia is asking for more Indigenous representation, [the government] will do it,” said Braam.

Braam's platform is ambitious, and it's likely not all of it will be feasible. But he's stressed his strongest platform point is himself: a tough, methodical critic of administration.

“Implementing and oversight are very different,” said Braam. “I am not willing to take ‘good enough’ as good enough.”