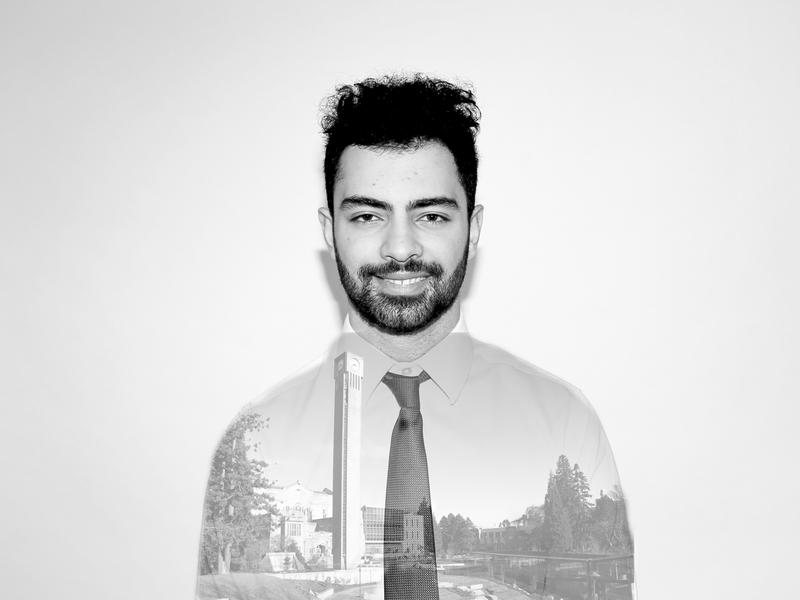 He admitted having a lack of experience with the Senate, but stressed that he had spoken with current senators to address the knowledge gap. Elizabeth Wang

Moradi’s candidacy stems from his desire to go beyond his experience at the Science Undergraduate Society (SUS). As current assistant vice-president finance at SUS, he said he has noticed low student survey response rates from his three years with the society.

But besides pointing out issues governance bodies often have soliciting student feedback, he offered few concrete solutions in his interview aside from consulting with students on social media.

“If you want to engage more students, if you want to know their opinion, it's better to be where they are,” he said.

Moradi says students are disengaged from Senate because of a lack of transparency, which better consultation would improve.

However, Moradi’s own campaign remains opaque. He has not posted much platform information online, despite saying in an interview with The Ubyssey that he would soon upload a full platform. During debate, he remained quiet and did not speak during open debate periods, leaving his actual policy positions either ambiguous or non-existent.

He admitted having a lack of experience with the Senate, but stressed that he had spoken with current senators to address the knowledge gap.

Moradi was unable to describe concrete steps he would take to review Senate, instead saying he is “learning more about the pitfalls” behind Senate sluggishness.

“This is a big goal to take on, because it's just like questioning the whole structure of the thing,” he said.

“ … I haven't had any solutions yet. I've been studying the system.”

He briefly mentioned strengthening mental health policy, explaining that mental health and academics “go hand in hand.” However, he did not state specific changes he would implement.

Moradi wants an ambitious policy review to gauge the relevance of all “old” Senate policies but did not mention any specific policies he would target. That is also next to impossible given the number of policies the Senate has and the limited number of meetings they have each year.

“Even in the past 10 years, a lot of things [have] changed but those policies are still the same,” he explained. “And I don't have any exact examples.”

Despite being unable to provide a specific plan of what he would accomplish as a senator, Moradi said he wants to remain committed to student consultation.

On fall reading break, he wants to perform surveys before taking a stance — something the AMS already did for students earlier this year.

“I think as of now, I'm not sure yet,” he said. “But if elected, I'm going to reach out to as many students as I want ... from different communities.”