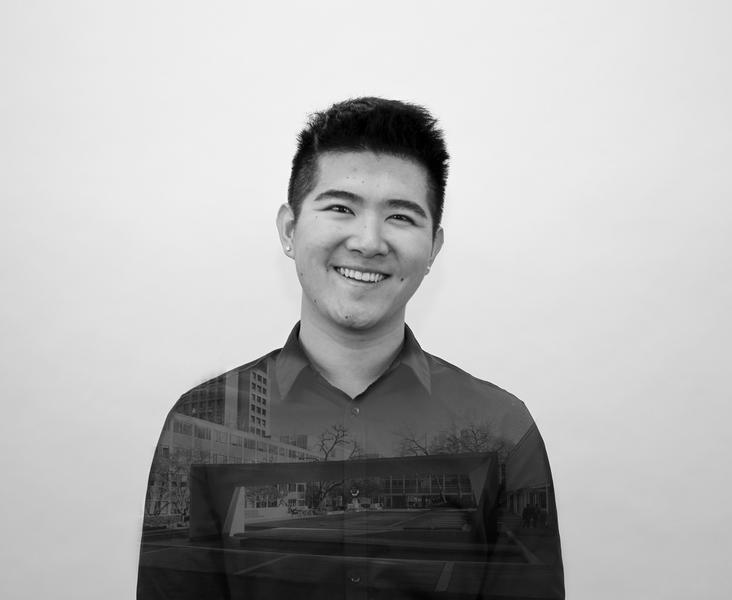 “It's really important to explore options that work for everyone.” Elizabeth Wang

Nick Pang, student senator for the faculty of pharmaceutical sciences, is running for a senator-at-large position on the UBC Vancouver Senate.

As a member of the academic building needs committee, he’s most passionate about improving classroom spaces. For example, he wants to introduce lecture recording technology into classrooms.

“People will be able to access lectures at home, for example, if it snows and they can't get here, or if they have any invisible or visible disabilities that would prevent them from coming to class,” he said.

Pang, who is also running for AMS VP Academic and University Affairs, additionally wants to improve classroom scheduling on campus, noting how consecutive classes at UBC can be scheduled far away from each other.

“The software that we use [for classroom scheduling] — it’s called Scientia — it’s designed for institutions or businesses that are about a couple of thousand people, not to the scale of what we have at UBC,” he said.

He also wants to expand and improve the Senate’s consultation processes during the creation of new academic programs. He pointed to the creation of the biomedical engineering program, which every student senator voted against due to a lack of student consultation and a shortage of full-time staff.

“I really want to make sure that student voices are being considered at the beginning of the consultation so that kind of thing doesn't happen again,” said Pang.

To properly implement a fall reading break, he believes that the Senate and AMS need to collaborate more with students and university staff. Although he praised the AMS’s fall reading week survey, he pointed out how the Engineering Undergraduate Society objected to the their advocacy as an example of failed outreach.

“It's really important to explore options that work for everyone,” said Pang “This year really needs to be that final push.”

Pang currently co-chairs the Student Senate Caucus, a role he filled in January. He hopes to continue in that role and unify the voices of student senators, which he says can lead to greater consultation.

“Some of the student senators are as not involved in Senate as others, and I think as a result there has been a lack of student consideration for certain groups,” he said. “So really getting student senate caucus together equals consultation with more students.”

Compared to most Senate candidates, Pang has a lot more relevant experience for the position. However, he acknowledges that his primary goals of installing lecture capture technology and improving classroom scheduling are not broadly held.

To achieve them, he will need support from his fellow senators.

“A lot of student senate caucuses in the past haven’t really addressed that,” he said. “So I think that first goal might be a little bit harder.”

This article has been updated to clarify the Pang’s program of study.