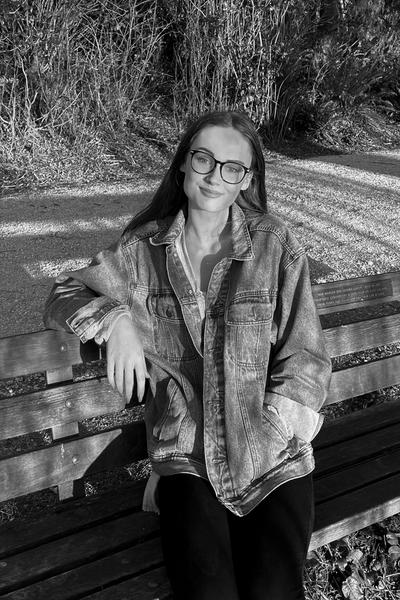 Using her experience in informing policy, McDaniel wants to push for the establishment of a UBC mental health policy. Courtesy Zoe McDaniel

McDaniel’s past work experience has consisted of working for advocacy bodies — experience she said would be very relevant to the VPAUA role. Most notably, she worked for the Students Commission of Canada to gather student voices in a document of recommendations to submit to the prime minister. Those recommendations were eventually presented at the United Nations.

“I have experienced directly interacting with the people whose voice I’m using my own to amplify and then I have the experience of turning it into policy recommendations to make sure that voice isn’t tokenized,” McDaniel said.

Using her experience in informing policy, McDaniel wants to push for the establishment of a UBC mental health policy.

“I think having a consolidated document and policy that outlines the procedures and everything from concessions to attendance … to what resources are available for this specific issue, and that sort of thing, would be of great use to the UBC community,” she said.

McDaniel’s platform point of sustainability focuses heavily on climate justice, with a focus on Indigenous inclusion.

“[We should] not only engage in climate action but climate justice and making sure that folks of all backgrounds have a seat at the table … because the environmental factors disproportionately affect marginalized communities,” she said, adding that she wants to focus on Indigenous collaboration in sustainability policies.

McDaniel also emphasized the importance of sexual violence prevention, noting that she wants to introduce a mandatory consent online module, which is already required by many universities across Canada.

“What that does is it starts the conversation around consent and bystander intervention before prospective students even stepped foot on campus at UBC,” McDaniel said.

She also criticized the “dense” language of the updated sexual misconduct policy (SC17), a point that current VPAUA Julia Burnham has pushed for in her feedback.

“I think [the policy] has really good points in it. But for example, if I didn’t have the background working in what I have, I don’t think I would be able to read that document and … get it,” McDaniel said.

She also emphasized the importance of having a policy that is “trauma-informed,” but not just in usage as a buzzword.

“I think trauma-informed to me, in my experience, means understanding that every single situation is different. The context is different,” McDaniel said.

“It’s ... realizing that to be survivor-centric and to really handle these issues is that it’s so incredibly complex and layered and intersectional.”

McDaniel added that she was originally going to run in the general election but said she “got scared.”

“I got scared about bringing things that I’m so passionate about and have experience to the table … How do I validate being a second-year going into this sort of responsibility?” McDaniel said.

But she said she realized that many people feel that way.

“If I could at least run and someone could be like, ‘Oh, well, she’s doing it. I care about that stuff, too.’ And then maybe the election cycle comes around next year and more women are running or more first-generation university students are running.”